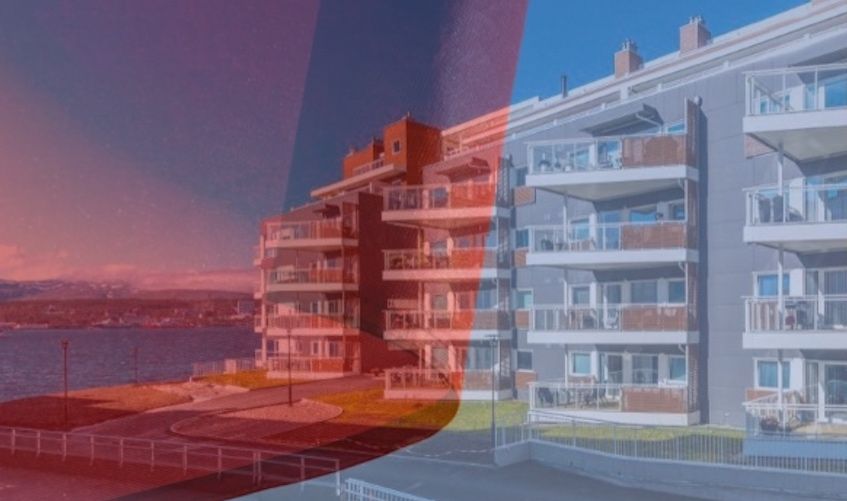 Local businesses met with Polish industry leaders this week to explore how modular buildings could help solve the island’s housing crisis, but concerns were raised over planning and mortgage lender constraints.

Over 40 individuals from Jersey’s construction and fintech industries gathered at the St. Helier Town Hall for an afternoon of round-table talks alongside various Polish companies driving the "modular revolution".

The talks followed the Chief Minister’s recent trip to Poland, alongside Honorary Consul Magda Chmielewska, where they met with heads of Unihouse SA, a company specialising in modular timber frame buildings.

The roundtable talks formed part of the recent diplomatic trip of the Polish Ambassador to the United Kingdom, His Excellency Piotr Wilczek. 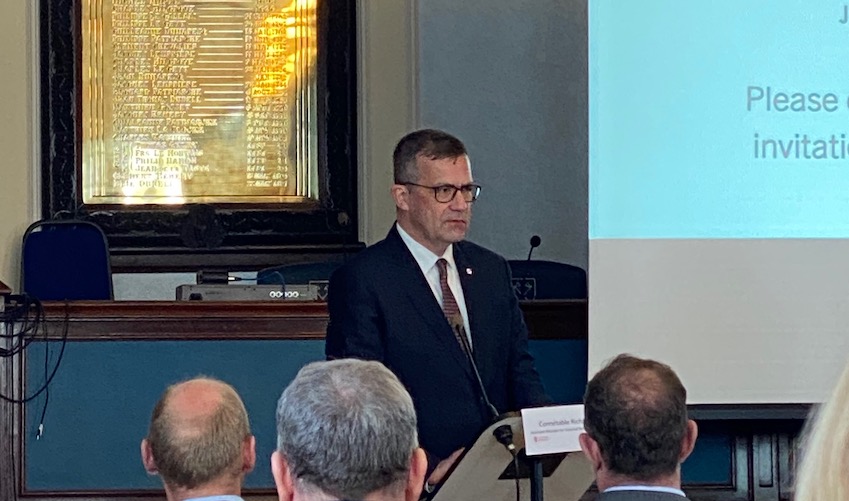 Pictured: His Excellency Piotr Wilczek travelled to Jersey for his first diplomatic outside of London since becoming Polish Ambassador to the UK in February.

In an opening speech, His Excellency said he was hopeful the talks would be the beginning of a "fruitful business cooperation" between Jersey and Poland, and two "dynamic and developing industries".

“I am confident that this first Jersey-Polish business roundtable will contribute to the economic dimension of our relations,” he said.

Jersey’s Assistant Minister for External Relations, Connétable Richard Buchanan, said he hoped the discussions would "sow the seeds" for potential solutions to the "serious problems" in Jersey’s housing industry.

“The cost of living is going up, food prices are going up, so it is important that we work together to develop a stronger economy and build a stronger relationship between the two countries,” he added. 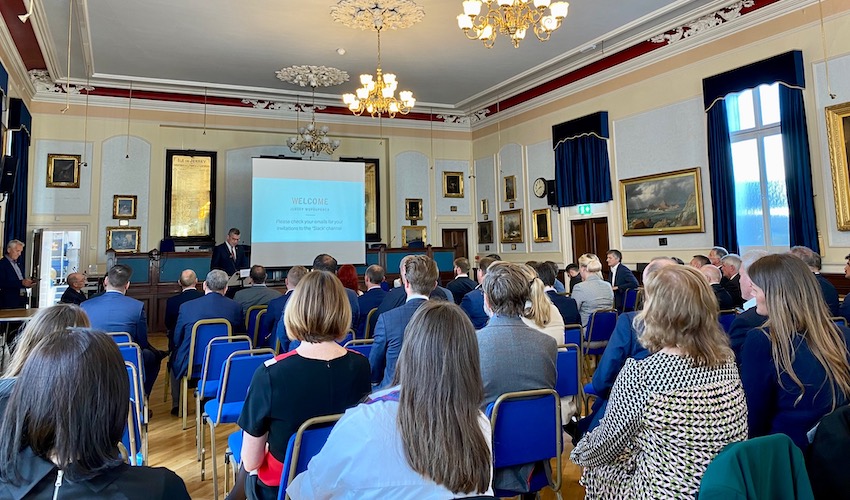 Pictured: Over 40 individuals from Jersey’s construction and fintech industries were invited to the talks.

Various local businesses were invited to the talks, spanning sectors such as financial technology (fintech), policy and housing.

A key topic of discussion was how modular homes would work with Jersey’s current planning and building processes, while concerns were also raised about constraints from mortgage lenders, with Nick Steel highlighting the problem as a "red flag".

Issues around contracts and collateral warranties were also highlighted by local planning lawyer Claire Smith, who said her biggest worry was "gaps in liability".

However, she sees the process as an opportunity to agree on a "standard package" that would address the ‘peculiarities’ of Jersey law and satisfy lenders.

“Given there are enough companies from Poland that are all interested in this marketplace, it wouldn’t be difficult to draft by committee a standard form that would be satisfactory to everybody,” she said. 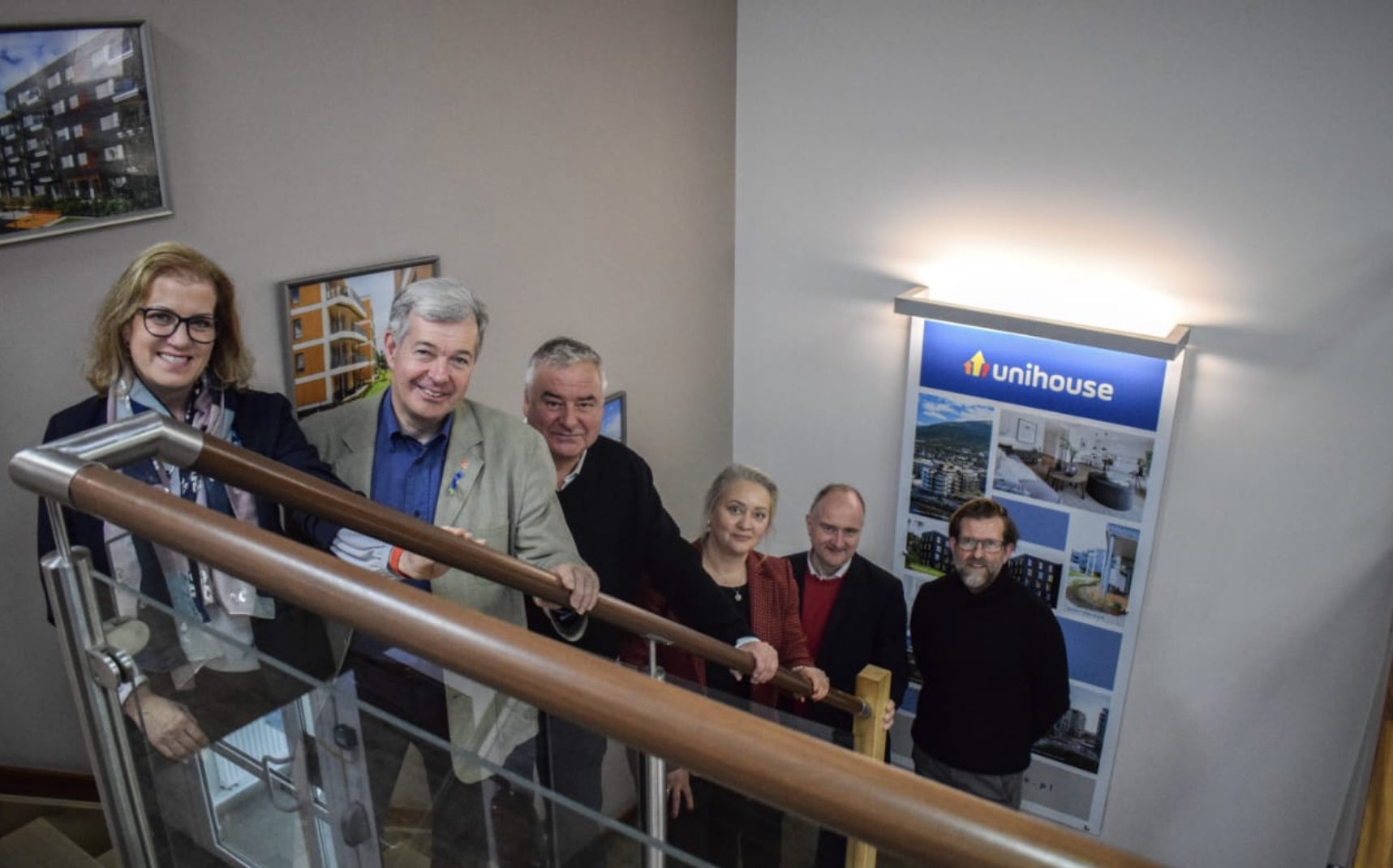 Pictured: Jersey’s Chief Minister and Housing Minister (second and third from left) and the island's Polish Consul (fourth from left) met with representatives at the Unihouse factory in Poland earlier this month.

While prefabricated or modular housing is often used for hospitals, schools and hotels, a representative from Dandara questioned whether it was suitable for residential housing due to a range of planning constraints in Jersey.

“Until you remove those constraints or get a planning process or building control department that will buy into that level of modular construction, I think we’ll be up against a brick wall.”

A representative from Polish construction company Unihouse assured attendees that they work with any limitations, making the product according to the customer needs and planning regulations.

Simon Neal, Finance Director of Jersey Development Company, suggested using a ‘prototype’ project to trial the building system, once the ‘fundamental issues’ around regulation and lending requirements had been ‘ironed out’.

“We can then scale up from there,” he added.

Posted by David Moon on Apr 27th, 2022
Why is modular construction not being used for Our Hospital, would it not reduce the high cost?
Posted by IanSmith97 on Apr 27th, 2022
Ah, planning! Fair play to the Polish Ambassador in trying to shake us out of our torpor by proposing cost effective and quick construction time solutions. This will ensure of course local builders and other fingers-in-the-pie merchants kill it at gestation.
Posted by Scott Mills on Apr 27th, 2022
You need to look toward Asia, not Poland. I stayed at an amazing hostel in Vietnam all made out of haulage containers (HGV style) and from the outside and inside you wouldn't have a clue!!! Amazing
To place a comment please login Login »