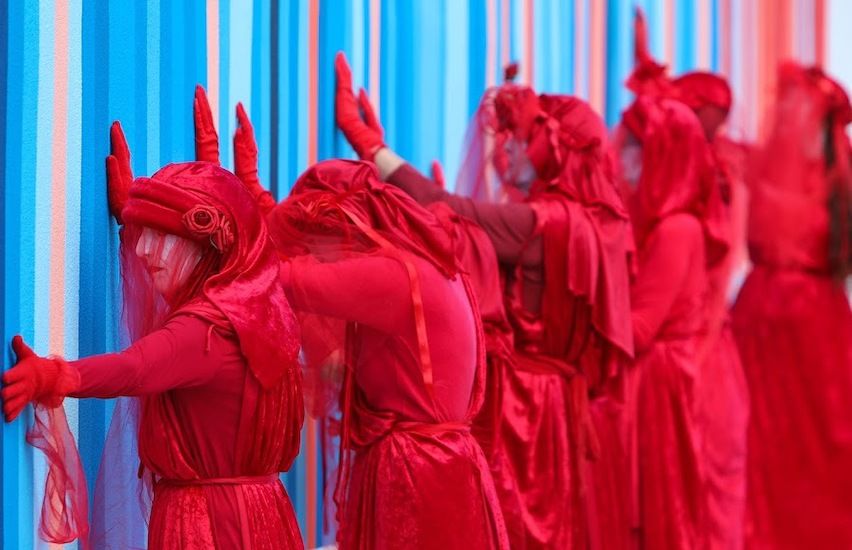 A group of robed climate activists have painted the town red in a show of support for proposals to stop non-essential travel in designated green lanes and ‘quiet lanes’ due to be debated today.

Put forward by Deputy Rob Ward, the proposals aim to give priority to pedestrians, cyclists and horse riders in selected lanes around the island.

They are due to be discussed in the States Assembly this week and voted upon.

On Saturday, the Jersey Red Rebels showed support for the proposals by by gathering at Trenton Square in the Finance Centre on Saturday for a silent performance.

They then moved to the 'Climate Stripes for Jersey' mural located by the underpass.

The two locations were picked to draw attention to global concerns about ethical shares and the result of investment in fossil fuels. 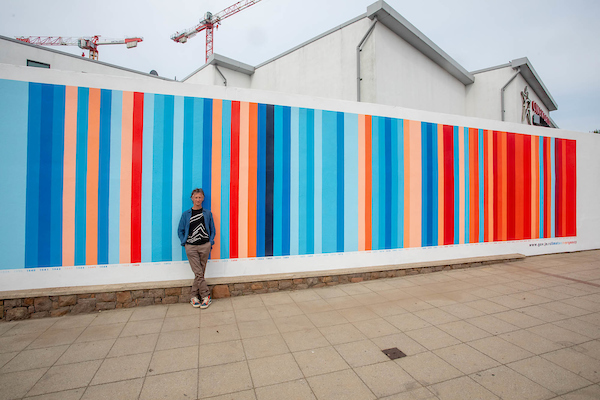 Pictured: The 'Climate Stripes for Jersey' mural was painted by Ian Rolls.

The Red Rebels describe themselves as the silent arm of Extinction Rebellion, a movement which resulted from the attention Greta Thunberg brought to climate change.

The young Swedish activist caused a sensation last year after she expressed her concern that humanity was facing an existential crisis, and also her frustration with government failures to act.

Extinction Rebellion came into being after her speech, and at the same time the Red Rebels appeared as an offshoot, spreading their silent message throughout the world and drawing mute attention to environmental and social issues.

A local group was formed in the island, mirroring the striking aesthetic of protest performances in the UK. Earlier this year, they silently processed into the Royal Square and around town ahead of a major debate on the island's plan for going 'carbon neutral'.

"The Red Rebels are a peaceful movement who use mime and postures to indicate rage, grief, love and victory," they explained.

"With white faces, and dressed from head to foot in red, they form a dramatic image of the blood which unites us all, and which is slowly bleeding from our planet."

Explaining their reasons for supporting the Green Lane proposals, the group added:

"Jersey is congested with traffic, and with so many large cars, how wonderful to have priority given on the small lanes to pedestrians, cyclists and horse riders.  Especially if these lanes can form a safe network throughout the island."

"The mural has one bar for each year.  It’s possible for anyone to track global warming from the year of their birth. No one can look at this mural without being amazed by the rate at which we are heating up our planet and changing our environment forever.

"The Red Rebels placed their hands on the mural to show their concern for the rate of global warming." 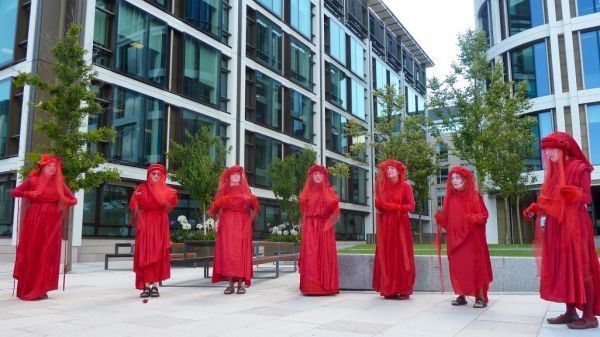 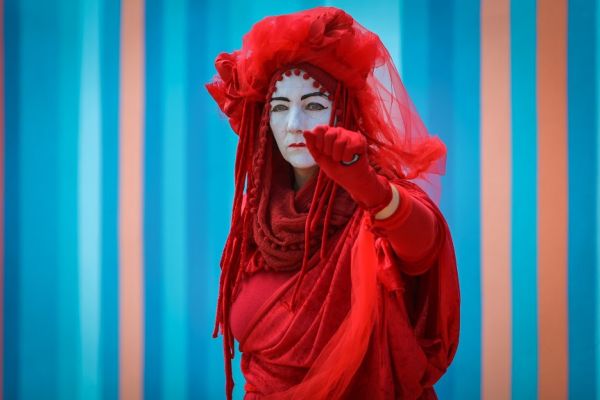 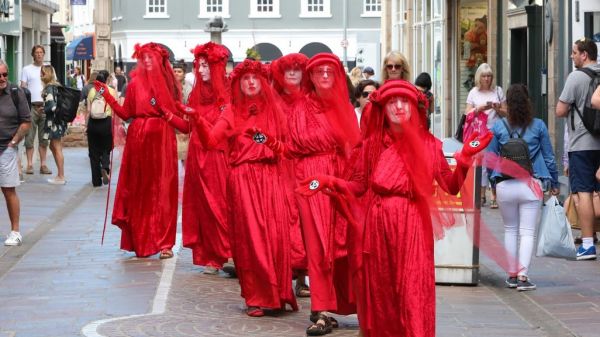 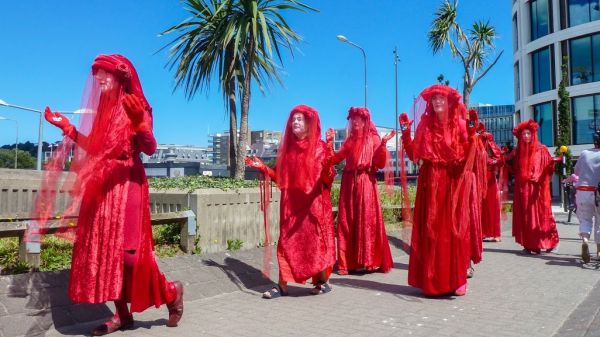 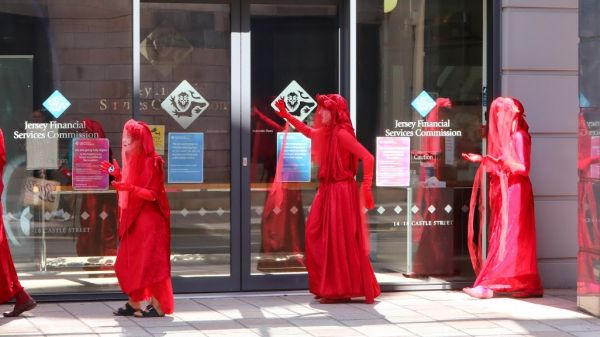 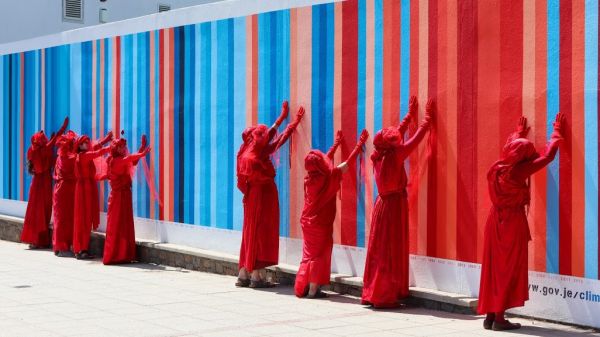 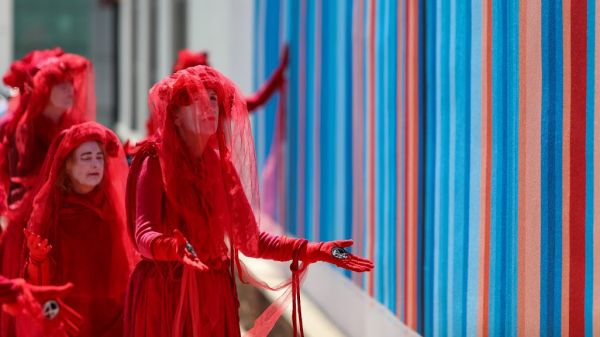 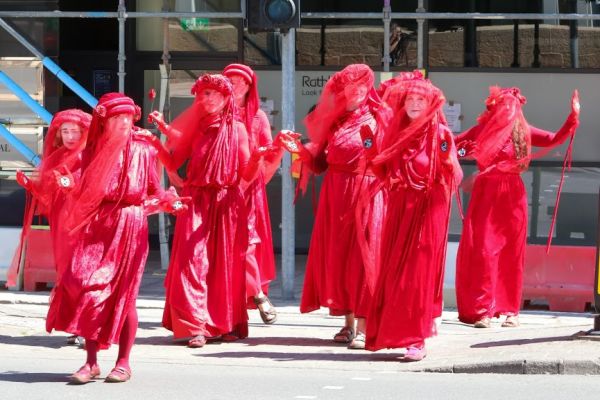 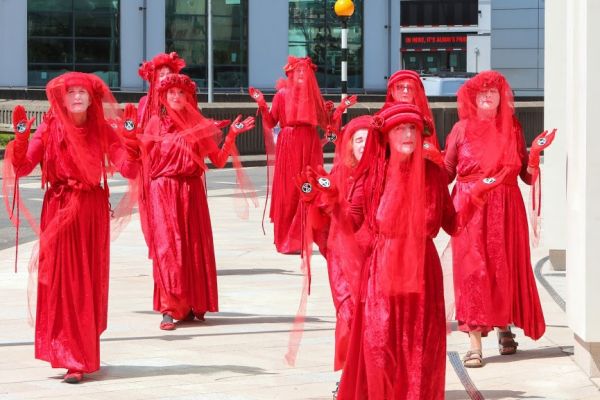 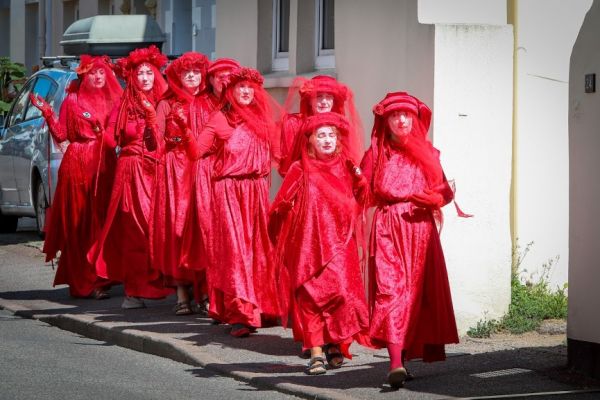 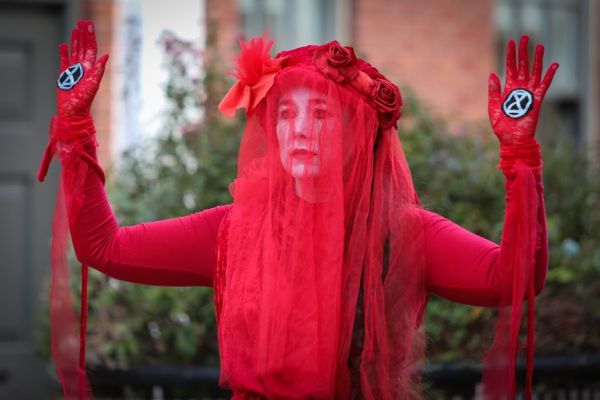 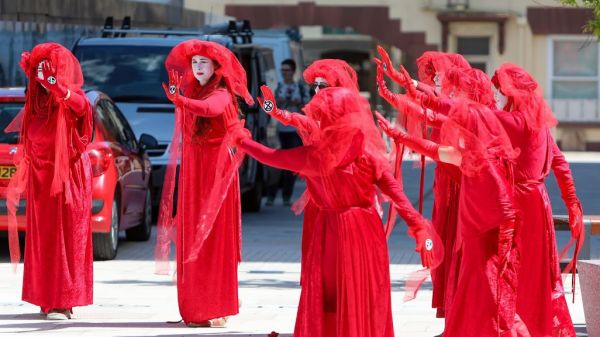