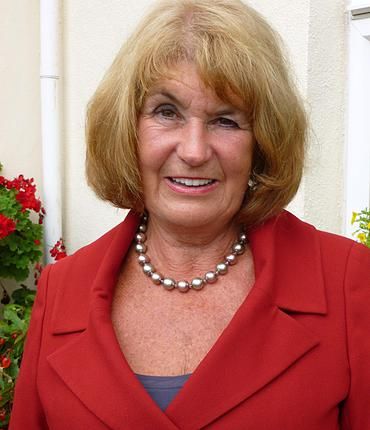 Reform Jersey have announced that a former English teacher and president of the local branch of the NUT is standing under their banner in the Senatorial election.

Anne Southern is running for one of the eight seats up for grabs in the Senatorial election which takes place on 15 October.

Mrs Southern is a founder member of the independent board of visitors for looked-after children, and was on the public sector negotiating bodies for pay and public sector reform.

She said: “I have been encouraged to enter politics following the formation of Reform Jersey, where I can enjoy the support of a group of people who have a coherent economic policy that will promote greater levels of fairness in our society.

“Taxpayers’ money can be saved if employers are encouraged to give their employees a living wage, and avoid the abuse of zero-hours contracts. This will mean that working families will not have to claim income support.

“Similarly, taxpayers’ money can be saved on rent rebates if rent controls are introduced. It is vital to maintain public services on which we all depend, and in a fair and decent society all should benefit from a good education and health service.

“In a society that depends on women as a significant proportion of the workforce, there must be an entitlement to at least six months paid maternity leave. If taxes need to be raised to balance the books, these should be progressive and fall on those who are most able to pay.”

Mrs Southern is up against a crowded field in the Senatorial election – Senators Lyndon Farnham, Philip Ozouf, Paul Routier and Alan Maclean have confirmed that they will stand again, and similar announcements are expected from Senators Ian Gorst, Philip Bailhache, Alan Breckon and Sarah Ferguson. Deputy Andrew Green has announced that he will also be a candidate, as has Citizens’ Advice Bureau head Malcolm Ferey. More candidates are expected to come forward in the next few weeks.