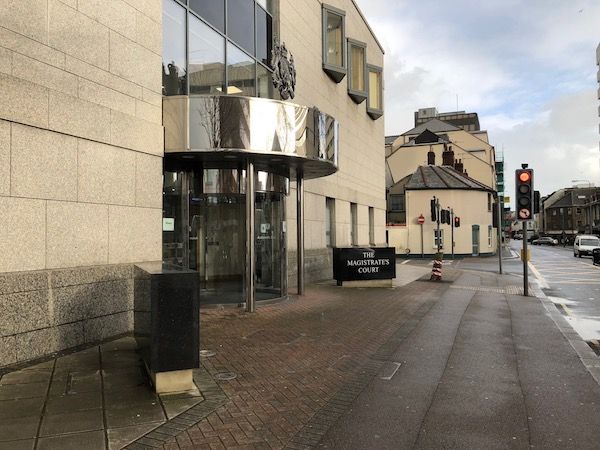 Normally you would expect a defence advocate to be arguing for a shorter sentence for his client - but Michael Haines was put in the unusual position this week of trying to persuade Jersey's Magistrate's Court that his client should spend more time behind bars.

Setting out the facts for the prosecution, Legal Adviser Lauren Hallam told the court that on 28 April Rawlinson stole a LG tablet from JT. Then, on 1 May, he visited De Gruchy's with a woman. She approached a shop assistant, asking her questions, while Rawlinson was standing by some Mulberry bags. While the woman was taking the shop assistant's attention, Rawlinson took a bag priced at £396. After the pair left, the shop assistant noted that one of the bags was missing - it was later found on Rawlinson.

On 14 May, Rawlinson and the same woman went to Ann Summers. Staff said they had seen them loitering outside the shop for some time. The woman kept looking at the same item while Rawlinson was blocking the view. They spent 25 minutes in the shop and when they left, staff could see the woman was holding something close to her body. They also noticed a pink item from under her coat.

They alerted the police about the pair who were stopped later that day. An officer, who knew they were wanted for larceny, searched them. In the bag Rawlinson was carrying, they found the item from Ann Summers as well as two pairs of jogging bottoms which had been stolen from Graeme Le Maistre earlier that day.

Relief Magistrate Sarah Fitz told Rawlinson's Advocate, Michael Haines, she was thinking of sentencing him to three months' imprisonment, which given it was equivalent to the time he had already served in custody, meant he would now be released.

But Advocate Haines urged her to opt for a longer sentence. He said that the latest offences, which added to a very significant record for similar ones, had actually been committed shortly after Rawlinson's release from custody.

He explained that Rawlinson has been in prison in Jersey, on licence from the UK. He said Rawlinson had no relationship to anyone in the UK and that as a consequence of these offences, his licence had been revoked and he was facing the prospect of being sent back to the UK.

He urged the Relief Magistrate to impose a four-month sentence so that Rawlinson would spend more time in prison in Jersey, while they found out what the UK's Parole Board intended to do. He also said Rawlinson needed time to sort out his belongings, which were spread across three areas.

But Relief Magistrate declined, saying she could only sentence on the current offences, and couldn't increase a sentence due to someone's poor record.

She said that a three-month sentence was appropriate for the "short spree of shoplifting" Rawlinson went on and refused to increase the sentence "for any other reasons."