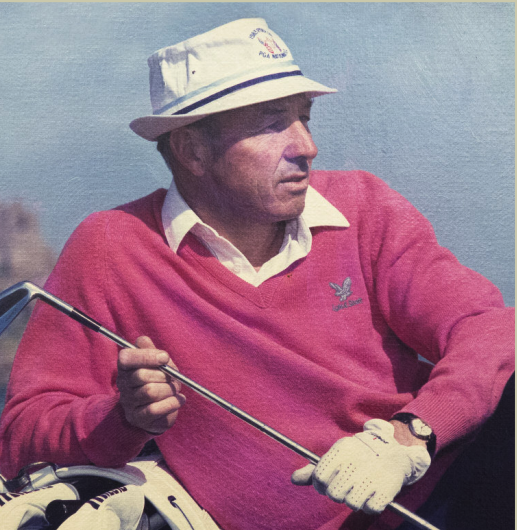 Hundreds of islanders are expected to pay their respects to a golfing legend today.

Family, friends and former golf partners will be among those gathering at Gouray church this afternoon, to say "goodbye," to the former professional golfer, Tommy Horton MBE.

The 76-year-old was taken seriously ill at the Royal Jersey Golf Club earlier this month, and was confirmed to have died shortly afterwards, in hospital.

Mr Horton's career spanned more than half a century. He was a two-time Ryder Cup player, representing Great Britain and Ireland in the 1975 and 1977, and also won numerous titles on both the European and Senior tours.

The professional golfer was born in 1941 on Merseyside, but moved to the island in 1945.

His funeral takes places today at 13:30 in St Martin de Gouray Church in Gorey, with a shuttle bus running from Royal Jersey Golf Club and Long Beach Carpark to the church starting from midday.

Honourary Police plan to make Le Mont Gabard one way only, from 12:30, with traffic being restricted to drive down the hill in the direction of Gorey Pier. They say that additional parking, with the flow of the traffic, will be available on Le Mont Gabard, north of the church.

Many paid tribute on social media when he died, describing the former Ryder Cup player as "...a man who oozed class, both on and off the course.”

Another of the games true gentleman has passed,Tommy Horton. Our thoughts and prayers go out to his family and friends. #legend #RipTom #golf pic.twitter.com/dad7aFxGuW

Very saddened to hear the news of Tommy Horton's passing.