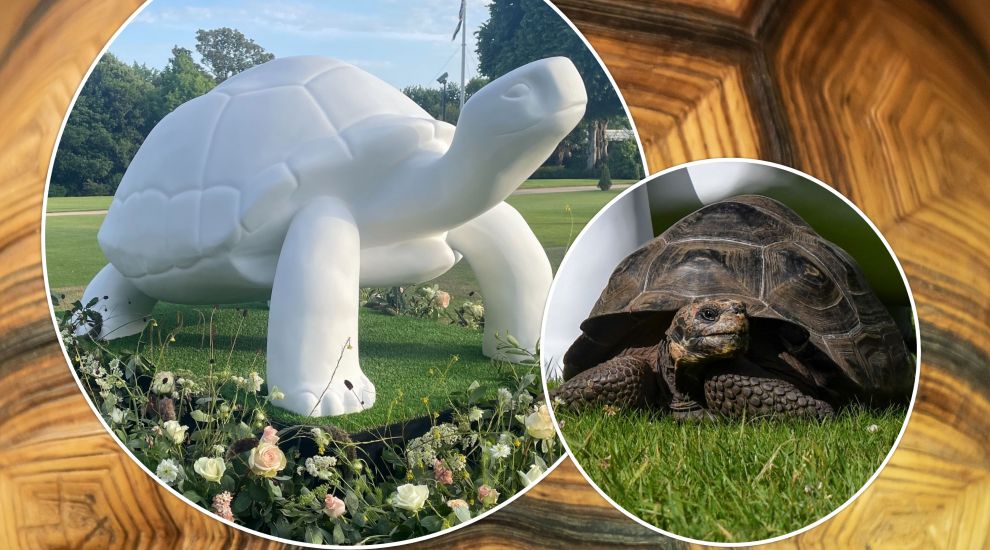 Giant tortoises are set to take over the island as part of a brand new sculpture trail campaign to raise funds for a new Tropical House at Jersey Zoo.

The ‘Tortoise Takeover’ follows the success of the ‘Go Wild Gorillas’ trail, proudly sponsored by Express in 2019, which raised more than £1m for a new gorilla enclosure. 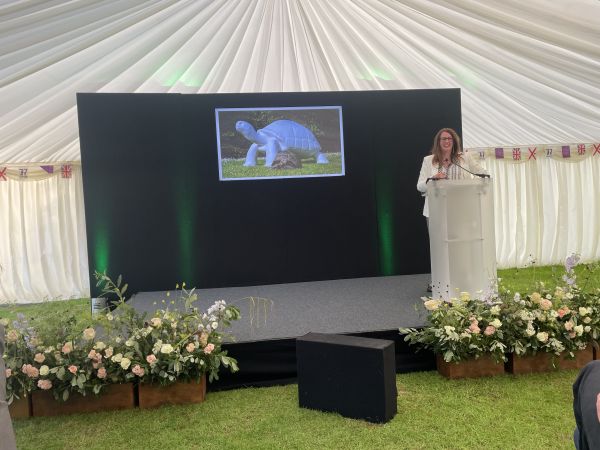 The beautifully decorated sculptures, each given their own unique look by an artist in partnership with Wild In Art, adorn key spots around the island.

The community will also be invited to get involved: school groups will be able to take part in a Creative Learning Programme, while businesses will also be asked to lend their support.

Blue Islands and Ports of Jersey have also been named presenting partners, while the RBC is Education Partner. 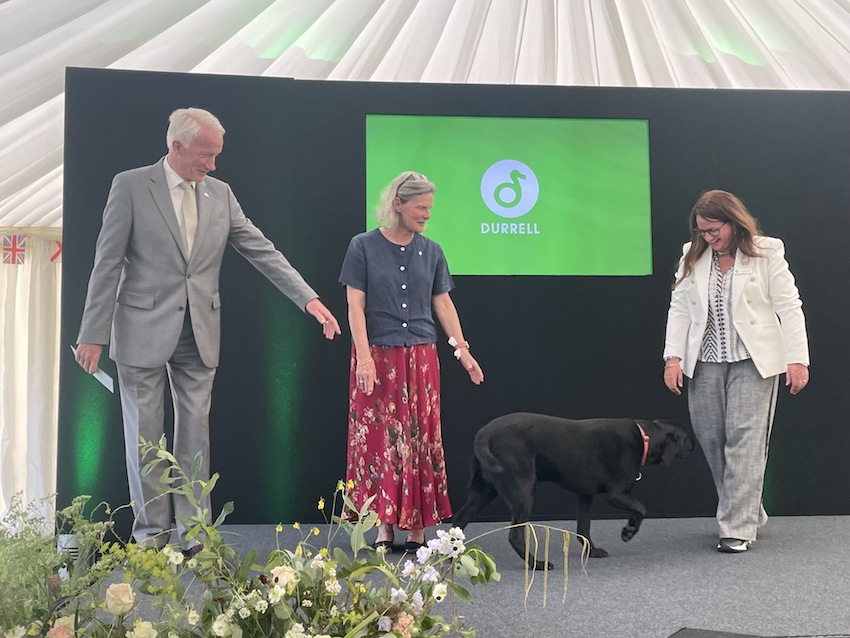 Pictured: The Lieutenant Governor, Sir Stephen Dalton, and Lady Dalton were given life memberships of Durrell during the ceremony.

The new sculpture design was unveiled this evening in a special ceremony at Government House, in which the outgoing Lieutenant Governor was given life membership of Durrell.

Dr Lesley Dickie, CEO of Durrell, explained: “This time, the trail will feature incredible giant tortoises. From the highly endangered ploughshare tortoise in Madagascar to the amazing Aldabra giant tortoises that we deploy on Round Island off the north coast of Mauritius to act as ‘ecological engineers’.

"Durrell has a long history of working with tortoises. Not only are these ancient creatures important actors in their ecosystems, but they also hold key cultural values across multiple countries.

The trail wouldn't be possible without our fantastic trailmakers, so we are asking businesses, artists, schools/community groups to get involved in bringing the trail to life. ???? https://t.co/yZAi5D54dI

Watch the trail unfold on our social media. #TortoiseTakeover @WildInArt

“Sadly, chelonians, which includes tortoises, turtles and terrapins, are now the most threatened vertebrate group and need help more than ever.

"Furthermore, the amphibian and reptile house at Jersey Zoo is home to some of the most endangered species that Durrell works with, but it is in urgent need of improved and more sustainable facilities.”

Posted by Martin on Jun 15th, 2022
I hope the tortoises are to be named Eg C Parker etc etc.
To place a comment please login Login »