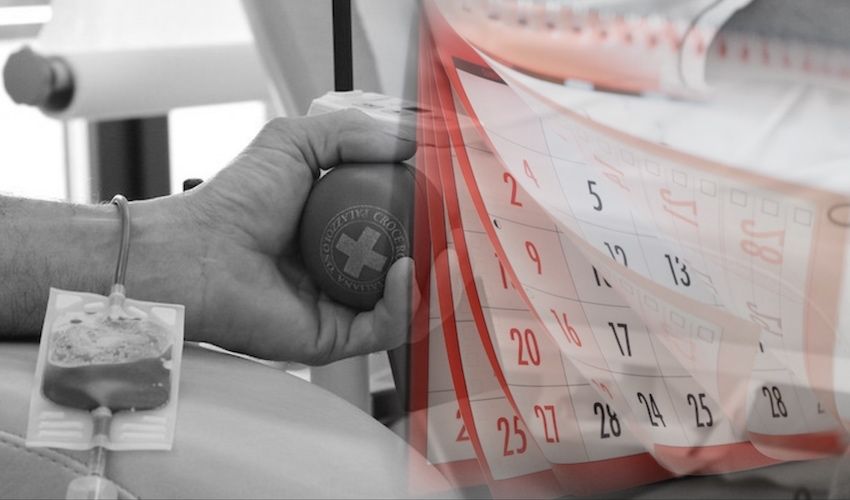 Plans to review the 12-month exclusion period for gay and bisexual men who want to give blood have been pushed back until 2021 at the earliest, it has emerged.

Delays in preparing the room to house a new blood analyser are being blamed for the island lagging yet further behind the UK in excluding male donors who have had sex with other men.

Whilst it was previously hoped that the new technology would pave the way for a second look at Jersey’s exclusion period – which is currently nine months longer than that in the UK – Express has learned that the review will take place in summer 2021 at the earliest.

Plans for installing the more sensitive blood-testing equipment emerged in the Health Minister’s response to a student taking part in this year’s Youth Assembly event.

Pictured: Jersey's exclusion period for men who have had sex with another man is nine months longer than most of the UK.

As the criteria stands in Jersey, gay or bisexual men have to wait for one year since they last had sex with a man until they are allowed to give blood – a significantly higher exclusion period than the three-month minimum in England, Scotland and Wales.

The exclusion period is a precaution to guard against spreading blood-borne diseases, which are statistically more common amongst men who have sex with men than any other group.

NHS guidelines state: "This isn’t meant to be discriminatory. It’s not based on anyone’s sexual history or sexuality. It reflects statistical risks for the sexual behaviour that increases the risk of virus transmission."

Prior to 2011, men who had ever engages in sexual activity with another man were permanently excluded from becoming a blood donor. This then changed to a 12-month exclusion period – which remains in Jersey and Northern Ireland – and subsequently, England, Scotland and Wales reduced the exclusion to three months in 2017.

Pictured: The further testing isn't expected to be completed until the summer of 2021.

It was initially estimated that Jersey would receive a more up-to-date machine by the end of this year in order to begin sample testing. Following a series of tests against the old machine, the data collected would allow for a more informed second look at the exclusion criteria.

However, hopes of Jersey’s blood donation eligibility criteria catching up with this change have been scuppered somewhat because of works being carried out in the room where the new analyser is going to be installed.

Speaking to Express about the delay, Dr Ivan Muscat, Consultant Microbiologist at the Hospital, said: “Works to prepare the room for the new analyser have taken longer than anticipated. Engineering works to accommodate the new analyser, which will enable more sensitive tests to be undertaken, are very likely to be completed in spring 2020 and it is expected that the machine will be installed and working by the summer.

“It is estimated that it will take about a year to obtain enough data which will be used to draw-up guidelines on recalculating the exclusion period.”