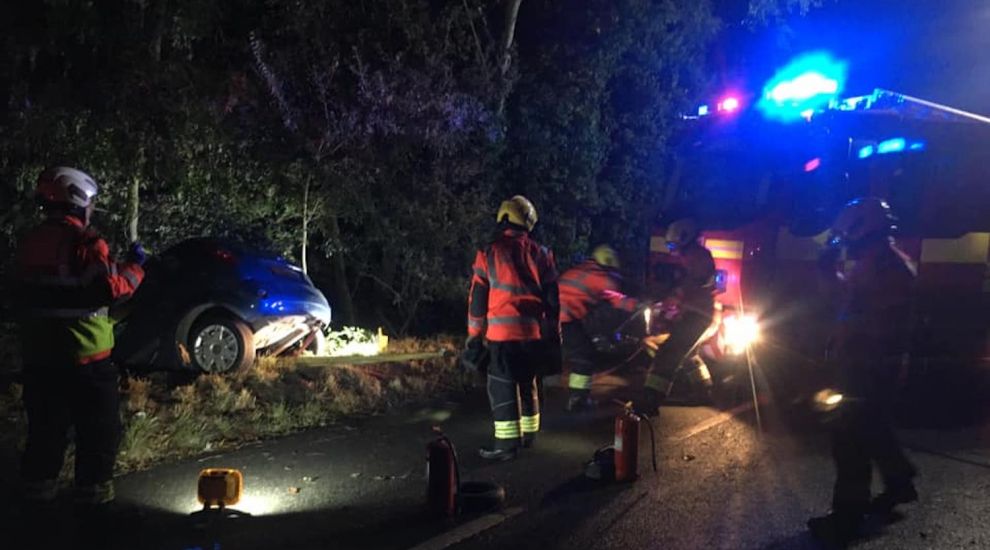 A driver had a "lucky escape" after his car left the road in the early hours of this morning and came to a stop against a tree, avoiding what the Fire Service said could have been a "fatal incident".

The man was trapped in what was described as a "precarious position".

After securing the car with a winch, the Jersey Fire and Rescue Service helped him out of the vehicle which they then recovered.

"Had a tree not stopped the car, this could have potentially been a fatal incident," a post on the Jersey Fire and Rescue Service Facebook page said.

Police are investigating the cause.

Motorcyclist in hospital after van crash