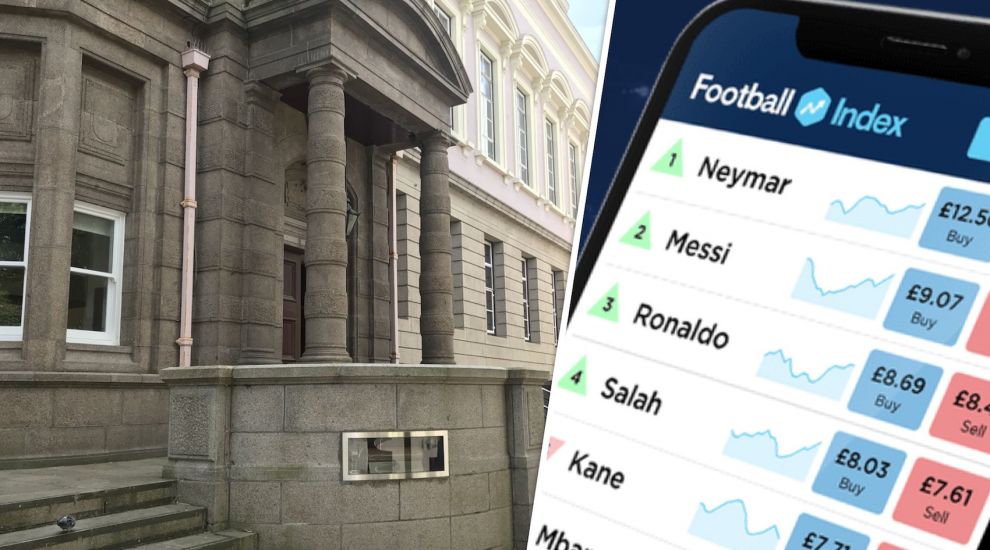 The Royal Court is to be asked to release £3.5m to start paying back the 280,000 customers of the collapsed Jersey-based ‘football stock market’ – a small fraction of the estimated £100m players lost in the aftermath of its collapse.

When the betting site – whose parent company, BetIndex, was Jersey-based and regulated – went into meltdown earlier this year, Jersey’s Royal Court took hold of the funds until it could be decided how they should be distributed.

That was decided this week in a ruling by London’s High Court.

It concluded that £3.5m of the protected pot should be distributed to those with funds held in player accounts, but it’s yet to be determined how those with active bets when their accounts were frozen will be repaid from the remaining money in the fund.

Football Index – which suddenly stopped trading in March after notices from Jersey and the UK’s gambling watchdogs – allowed users to buy and sell ‘shares’ in football players and earn ‘dividends’ based on their performance.

Some users accrued portfolios worth thousands – and sometimes tens or hundreds of thousands – of pounds, including in Jersey, where there were around 100 customers.

Pictured: One islander, who used the platform as an investment vehicle, previously told Express he was facing losses of up to £7,000.

At the time of its collapse, many customers likened the company’s structure to a “Ponzi scheme”, which Football Index denied.

They also questioned whether the UK Gambling Authority and Jersey Gambling Commission, which regulated the company, had their eyes off the ball in advance of its collapse.

Court documents have shown how Football Index contacted insolvency specialists three weeks before its collapse – while customers were still being encouraged to deposit money.

The latest High Court ruling comes in the same week that the UK Government confirmed the terms of an independent inquiry into what has been described as the biggest disaster in the UK gambling history.

The terms of the review, which will be led by Malcolm Sheehan QC, who is experienced in commercial law and product liability and group action, include the events leading up to the suspension of BetIndex’s licence to trade.

It will primarily focus on the actions of the UK Gambling Authority and Financial Conduct Authority, but is also due to touch on:

Jersey Gambling Commission CEO Jason Lane told Express that he didn’t expect to be grilled as part of the UK inquiry, but will be willing to provide evidence if contacted. He also reiterated that the JGC was currently conducting its own review of what happened.

“The Jersey Gambling Commission (JGC) is currently conducting its own investigation into the events leading to the suspension of the operating licence of BetIndex," Mr Lane said.

"It is co-operating in this with the Gambling Commission in Great Britain which is undertaking a similar investigation.  The independent inquiry announced by the UK government is separate and is seeking to see if there are lessons to be learned in terms of the forthcoming review of the 2005 Gambling Act and the work of both the (GB) Gambling Commission and the Financial Conduct Authority (in the UK).

"The JGC does not expect to be part of this inquiry and has not been contacted to do so.  In the event that the Commission receives a request for assistance it will respond accordingly."

Football Index - The Divid-end of the Game?

Posted by Keith Marsh on Jun 10th, 2021
While I feel sorry for all those people who lost money on this scheme ~ it was NOT an investment vehicle it was GAMBLING ~ only gamble if you can afford to loose !
To place a comment please login Login »