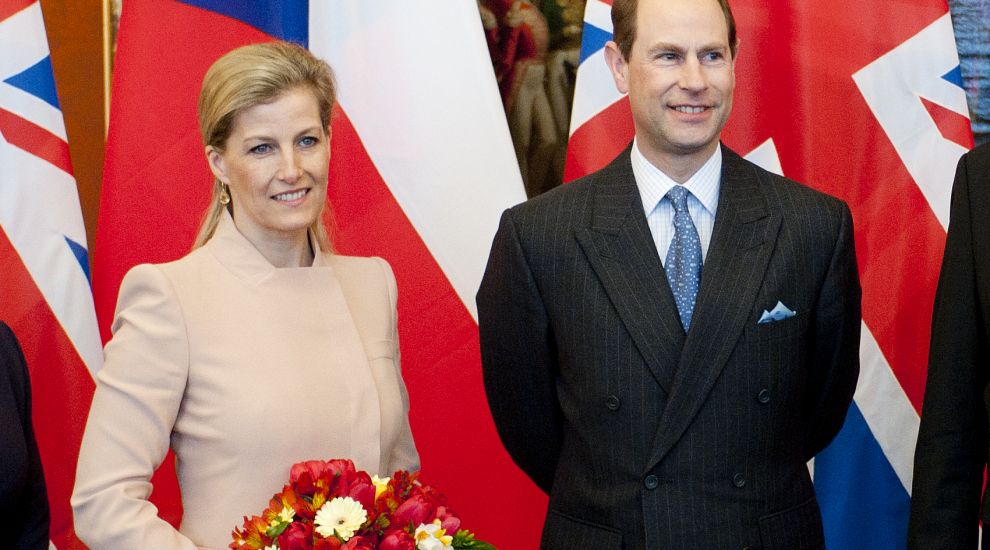 The Earl and Countess of Wessex will be 'opening' Jersey's new field hospital next week.

The ceremony involving the youngest of the Queen's children, Prince Edward, and his wife, Sophie, will take place via video link on 11 May.

The news was announced by the government yesterday, as it confirmed that the main work on the £14.4m temporary Nightingale facility had been completed.

Work at the Millbrook-based site began around one month ago, and was overseen by the Department of Growth, Housing and Environment (GHE) and J3.

Pictured: The site of the new field hospital.

With the key elements now finished, the facility was yesterday handed over to the Health Department.

Ahead of its opening next week, smaller fixtures and fittings still need to be added, while staff will test the facilities and undergo training on the premises.

No patients will be treated there until the Health Minister formally approves it for use.

Welcoming the milestone in the project, which is so far within budget, Infrastructure Minister Deputy Kevin Lewis commented: “Less than four weeks ago my department was tasked with constructing this facility, which required co-ordination of the efforts of hundreds of people from a diverse range of Jersey businesses, as well as the public sector.

"The community spirit has been fabulous, and I want to thank the Island’s construction industry, the Ports of Jersey, and my department colleagues for their determination and commitment.”

Video: What the inside of the facility looks like so far. (Gary Grimshaw)

Speaking about the facility's purpose, Health Minister Deputy Richard Renouf added: “An extension of the Jersey General Hospital, the Nightingale Wing, will provide additional bed capacity as part of our ongoing resilience to support the Island’s needs as we move forward as a community.

"It will form an important part of our heath care response to Covid-19 and gives us greater resilience as we start to move through the phases of Jersey’s safe exit framework.”

IN PICTURES: The Nightingale construction process... 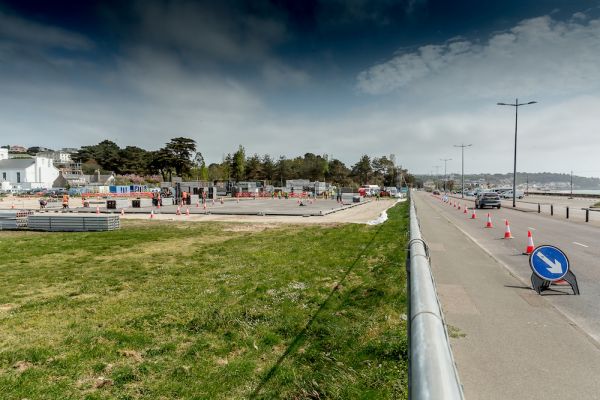 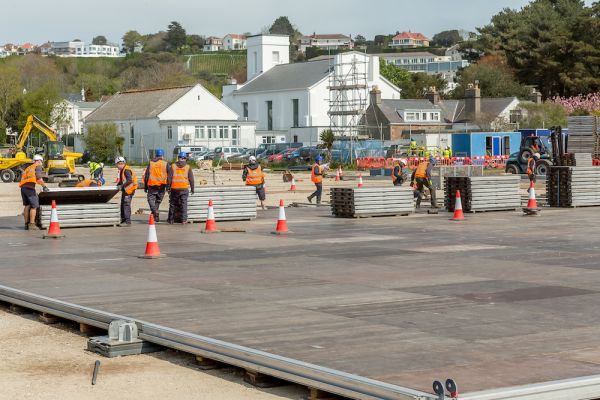 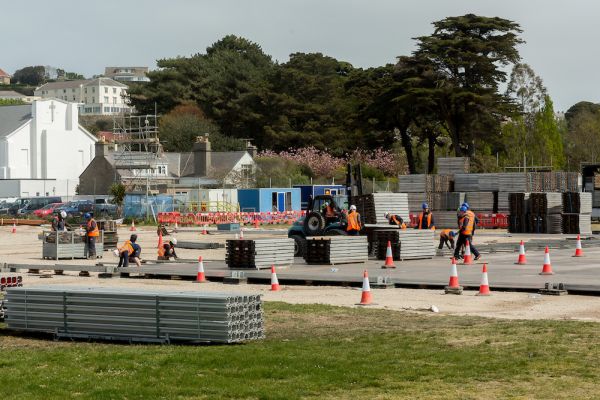 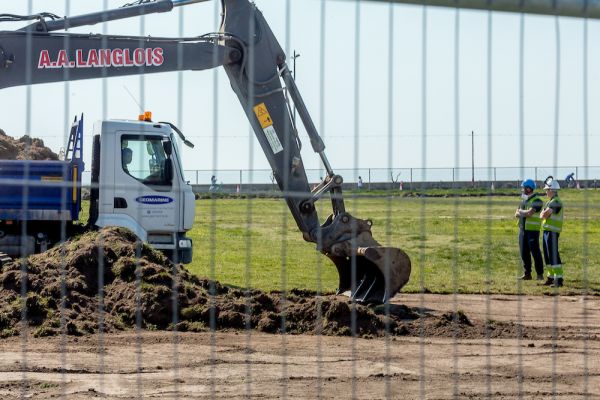 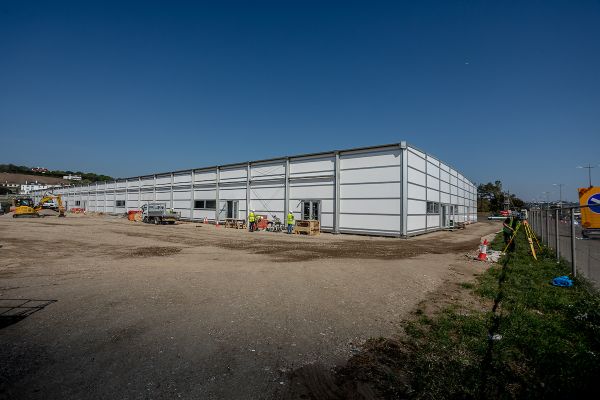 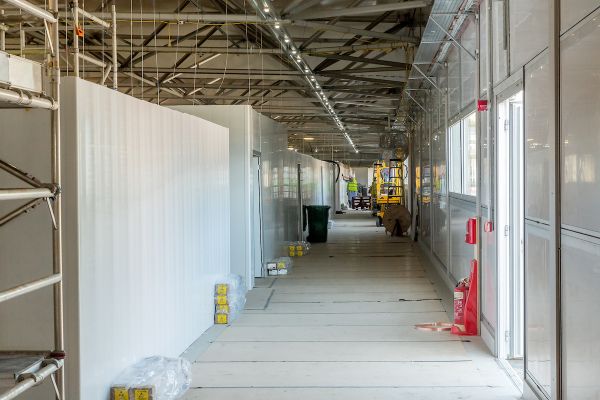 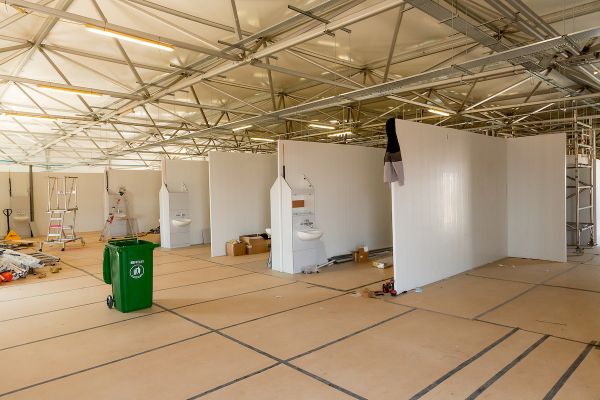 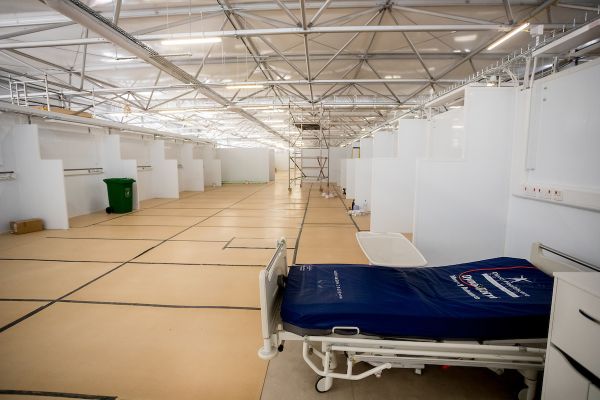 Posted by Jon Jon on May 5th, 2020
Can I ask why.This really doesn't need to be officially opened by Royals ,I don't think a celebration is in order, no one wanted to see this nightingale hospital built,no doubt the current patients already in the general hospital will be moved there to utilise it and to keep the main hospital clean of virus patients, yes maybe when its removed and the virus eradicated ,then celebrate with a pulling down party...and I hope no plaque is going to be made to stick on the door, sad that some states members want to be remembered.
Posted by Christopher McCarthy on May 7th, 2020
Nobody should profit from harm

London mothballs its nightingale  hospital before jersey opens  theirs