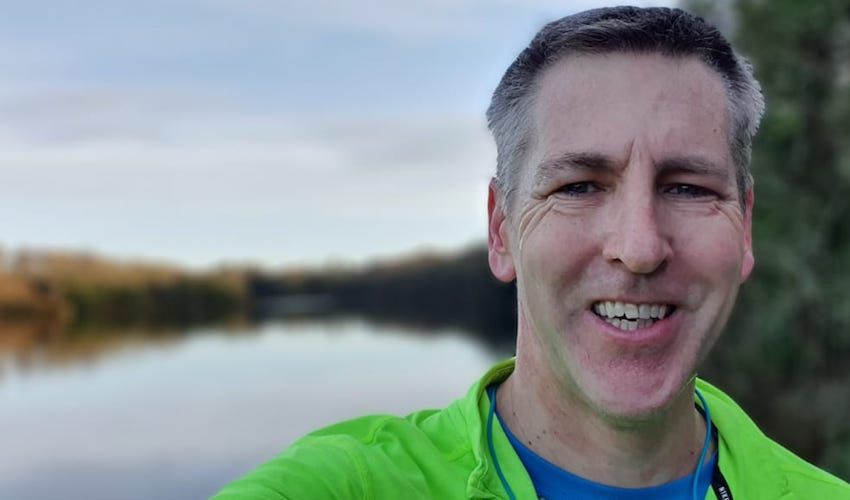 A Jersey father, whose first daughter was stillborn, is organising a coastal run to support a charity with "immense personal meaning".

The inaugural ‘Seymour Sprint’ in aid of baby loss and safer pregnancy charity Philip's Footprints is being held by Helier de Veulle, who lost his baby daughter, Katherine, in 2007.

Helier has pledged to raise £3,000 by running the London Marathon as part of the charity’s campaign to redevelop the bereavement suite at the hospital – works which are due to begin at the end of the year as part of a wider revamp of the Maternity Unit.

Helier has described the charity as having “immense personal meaning” for him and his family and that he is “very proud to be connected with it”.

In November 2007, Helier and his wife, Vicky, lost their first daughter, Katherine, who was stillborn at full-term. The following March, the couple who started the charity – Jo and Paul Nash – also lost their son who became the inspiration for Philip’s Footprints.

Vicky and Jo found one another on a support forum, and remained in touch from that point on, with Helier going on to become a "staunch supporter" of the charity.

Participants on the 10km course will start at Long Beach, following the shoreline round to Seymour slip before heading out across to Seymour Tower. This route will see runners combatting rugged terrain and the incoming tide, but there will be plenty of time to complete the distance the course will be fully marshalled.

Pictured: Runners will have to beat the tide to complete the course.

There will also be a six kilometre course to Seymour slip and back for those who prefer something shorter.

Speaking about Helier’s event, Philip’s Footprints founder Jo said: “We are very excited to support Helier with his Seymour Sprint on a beautiful and iconic part of Jersey’s coastline.

"Our community are always such great supporters of charity events and we look forward to a fantastic turn out as people take the opportunity to participate in this unique event and help Helier in his fundraising.”