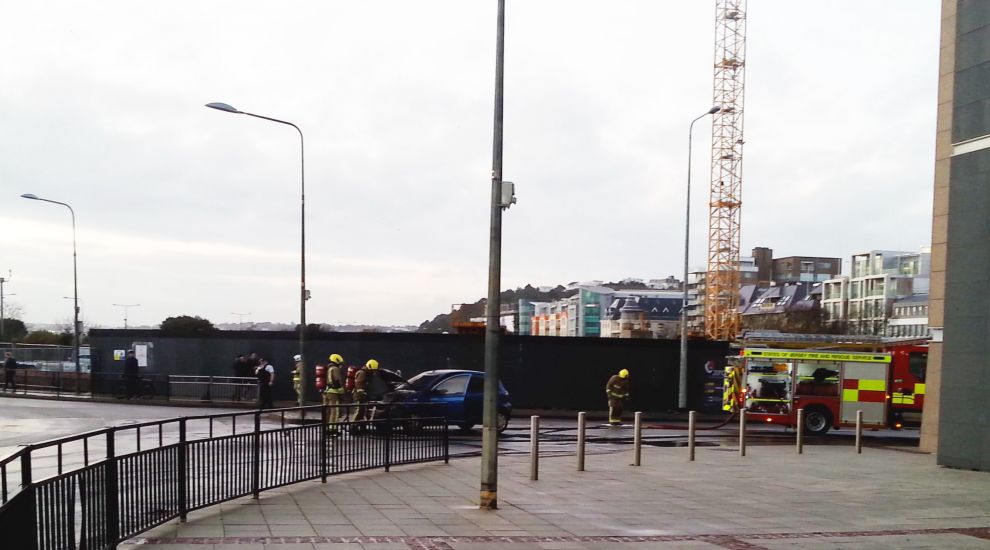 Commuters trying to get out of town yesterday faced delays after a car broke down and burst into flames on the approach to the roundabout above the underpass.

Firefighters and police attended the incident, and diverted traffic away from the scene, near the site where the new Jersey International Finance Centre is being built.

The people in the car managed to get out and no-one was hurt.