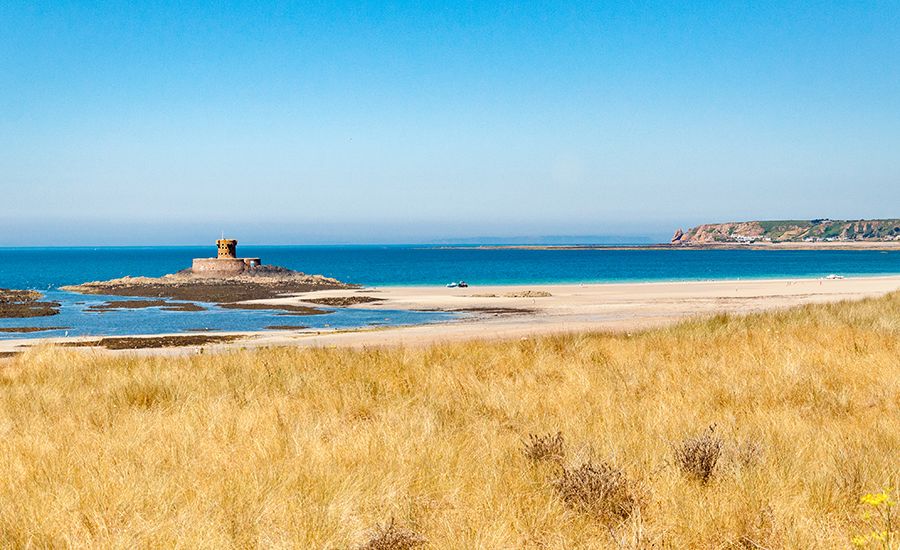 The ‘safe’ limit for a banned chemical found in Jersey’s water supply is much too high, according to a St. Ouen’s Bay resident whose home sits within an area of known contamination.

Mont à la Brune resident and former Airport engineer Jeremy Snowdon would like to see the Government set up an inquiry to independently assess the danger of ‘PFAS’ chemicals in Jersey’s water and its impact on the health of islanders.

On Monday, Express reported on calls from another resident in the area, Sarah Simon, for an inquiry and toxicological testing to discover the level of the chemical in people’s bodies.

Miss Simon claims that many people living under the western end of the runway have suffered ill health due the Airport once using firefighting foam, which has since been banned and replaced, that contained a liquid fuel-suppressing chemical which is part of the PFAS family, called PFOS.

Mr Snowdon - who, before he retired, led the Airport's Engineering Department, although he was not involved with the PFOS issue at the time - believes that the level that Jersey considers ‘safe’ is far too high and outdated, and needs to fall into line with new limits accepted internationally.

He said: “The European Food Safety Agency have recently reduced the ‘safe limit of ingestion’ of PFAS chemicals from 8 ng/l to 4.4 ng/l in adults (nanograms per kilogram (or litre) of bodyweight per week).

“According to a Government published report last year, the lowest figure in our mains water supply was 9.4 ng/l, with the highest being 37.2 ng/l, after Islandwide testing for PFOS and PFOA, which is another chemical in the PFAS group which is found in Jersey’s water supplies.

"Taking the EFSA recommendation and translating that to an average 62 kg adult, who drinks two litres of water a day, that results in a maximum PFOS concentration of 5 ng/l, which is still 1,000 times lower that the ‘safe level’ used by authorities in Jersey.

“If there is ever a time to err on the side of caution, then this is it. PFAS is not something that washes away; it stays in the human body and people are still ingesting it."

Pictured: Mr Snowdon is supporting Miss Simon in calling for a public inquiry.

When he came to a proposed solution, Mr Snowdon said: “Firstly, Jersey Water needs to stop pumping water sourced from PFOS / PFOA contaminated areas into Val de la Mare reservoir or they need to introduce proper treatments that remove it.

“Secondly, we also need to dig up the soil that remains contaminated under the Airport firefighting training group to the northwest of the aerodrome because the remedy in 2004, which was to just remove the topsoil and build a concrete wall, wasn’t good enough.

“Guernsey decided to dig up the contaminated soil and store it around the airfield. Admittedly this was years later so the dangers of PFOS and PFOA were better known, but Jersey needs to follow suit.”

Mr Snowdon is also highly critical of last July’s Government report, which was entitled 'PFAS and water quality in Jersey 2019'. It concluded that trace levels of PFAS (only PFOS and PFOA were tested for) were found in the majority of private boreholes sampled.

The report concluded that the levels in groundwater did not warrant public health concerns, but streams in the west of the Island, including St. Ouen’s Bay, needed further testing.

When it came to the harmful effects of PFAS - which Miss Simon is calling for more research on, including toxicological testing of those living in the ‘plume area’ of contamination spreading out from the runway - the report concluded that further research is needed, although it pointed out that other studies, in Australia, Canada and the US, agreed that no specific health screening is warranted.

However, the Jersey report does reference the Australian study, which found probable links between high exposure to PFOA and a number of health conditions, including thyroid function and kidney cancer.

Commenting on the report, Mr Snowdon said: “What makes it scandalous is the preaching, by those supposedly in-the-know, that the water is safe to drink and there are no health concerns relating to PFASs in Jersey. Its recommendations are generalised and smack of kicking-the-can-down-the-road.”

Both the Government and Jersey Water have been approached for comment. Express is awaiting a reply.