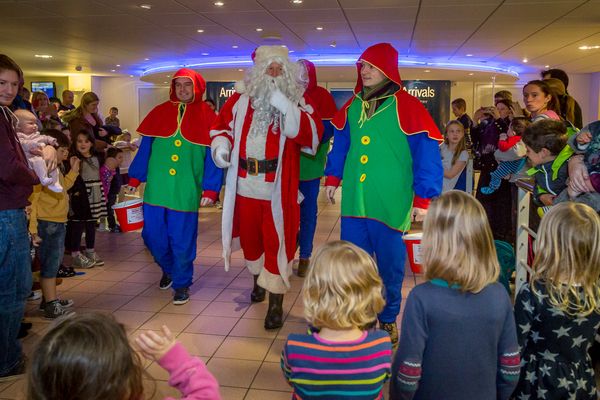 Clear skies were just the ticket for Father Christmas as he flew in from Lapland with his elves on Saturday afternoon.

Hordes of children were there to greet him in the Airport's arrivals hall before he set off on his customised sleigh on his official tour of the Island.

The Ports of Jersey’s Group Marketing & Communications Manager Alan Donald said: “We look after a number of VIP guests every year at Jersey Airport, ranging from royalty to rock stars but the arrival of Father Christmas is without doubt our most eagerly anticipated one.”

The man in red will spend this week stopping off at parish halls, churches, supermarkets and Islanders’ homes, helping Jersey Round Table raise money for the Jersey Joint Charities Christmas Appeal.

And this year he's installed a tracking device on his sleigh so that you can keep track of exactly where he is as he flies around the Island on this special website.

Jersey Round Table Chairman Dion Elliott said: “A lot of people want to see Santa and donate money, and knowing where he is will both help them to meet him and will add to the excitement.”

How to get a letter from Santa...