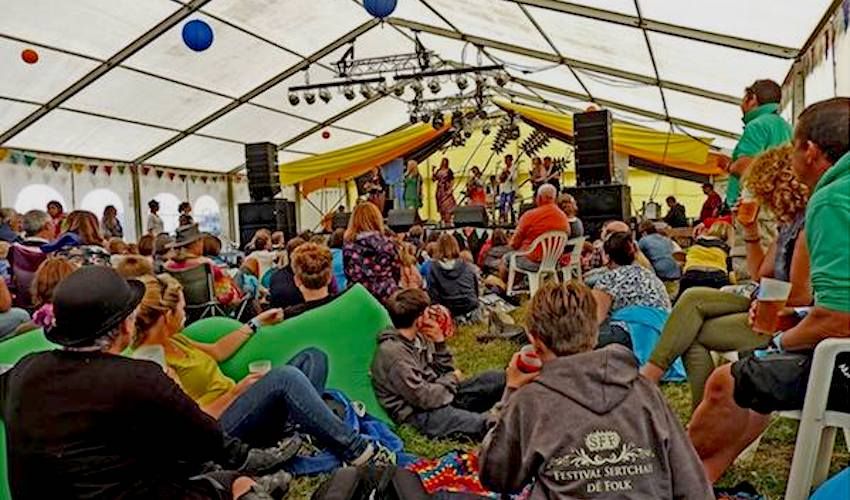 Organisers of a popular festival on tiny Sark have said this will be their last for some time, as they shift folk-us to delivering music events across the islands.

Since being set up in 2010, the annual volunteer-run Sark Folk Festival has attracted crowds from Jersey, Guernsey and further afield, raising £25,000 for a number of charities over the years.

However, after "much soul-searching", the organisers said this year's festival - at which 19 acts from around the world and 36 from the Channel Islands will perform - will be the end of an era.

"We are constantly reviewing what we offer for the Sark Folk Festival and each year we try to balance recreating the same magic of previous year's festival with innovating and improving what we offer," said John de Kooker, Chairman of the Organising Committee. "...We decided that this is the right time to free ourselves up to try something new."

Mr de Kooker said they are planning hold folk and roots music events in different locations around the Bailiwick.

"We are very aware that the accessibility of the Sark Folk Festival has limitations for some people who would like to attend, and the challenge of putting on a festival in such a beautiful, but remote, location gets harder every year as the festival grows in its ambitions.

"We also need to find some new inspiration for ourselves as a group of musician/volunteers, and we are really excited about some of the ideas we are already looking at for next year. Having built up a healthy reserve over the years, we have a good financial basis to invest in future events.

"We all love Sark very much and have been extremely grateful to the residents of Sark over the last ten years for being so supportive of the event and working so hard over the festival weekends to make all the festival-goers feel so welcome in their island."

The organisers have not ruled out a return of the Sark Folk Festival, but have confirmed the three-day festival will not be making an appearance for the next few years.

Festival Director, Paul Le Huray, said "We are very conscious that this will be the last Sark Folk Festival for a few years, so we want the 2019 festival to be a really special one. We have an amazing programme of music for the weekend and we all have our fingers crossed for some good festival weather!".

More details on events planned for 2020 will be announced later in the year.