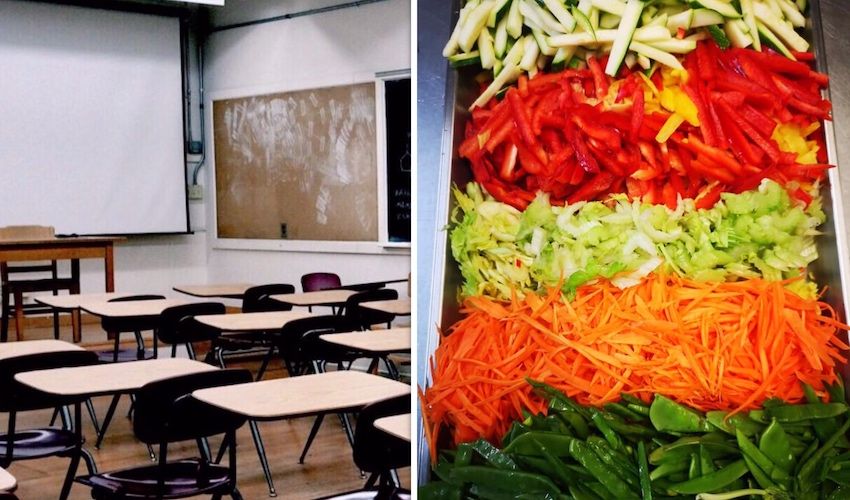 A free school meals programme whose extension was delayed by covid will soon be launching in St. Martin's and St. Peter's primary schools.

Caring Cooks has been providing a daily main meal and dessert to children at Janvrin, St. Luke's and Samarès primary schools since 2019.

Whilst the Government had previously pledged to expand the programme across more schools, the expansion was delayed by the pandemic.

In response to a request for an update on the programme from Reform Jersey's Deputy Rob Ward, whose Government Plan push for £500,000 to expand the meals programme failed last year, the Education Minister said last November that covid-related school closures had prevented the expansion and the pilot scheme had instead been extended until July 2022. He said the pilot scheme would be extended to another primary school in the early part of the year.

After Reform Jersey and the Children's Commissioner raised concerns this week regarding nutritional food provision for school-age children, the Government announced on Thursday that St. Martin’s and St. Peter’s primary schools will be benefiting from the programme.

For £2.50, each student receives a nutritionally balanced main meal and a desert, with many students eligible for free meals.

“It’s vitally important that students have daily access to nutritious food at school, and this scheme can help support parents to achieve that," the Minister for Children and Education, Deputy Scott Wickenden, said.

“Better nutrition can support children’s learning, and their long-term development, and it’s a key part of our commitment to Putting Children First."

The Minister said the pilot should end in June and the scheme should be rolled out to a further six schools in September 2022.

“I would like to thank Caring Cooks for all their work in helping the Government to deliver this pilot," he added. "Providing hot, nutritious meals in every school remains a priority for me. We, of course have a challenge, given how many of our school buildings don’t yet have the facilities to serve food to modern health and safety requirements.

“Once the pilot scheme has run its course, we’ll have a full set of data, which will allow us to plan for the future rollout of the service.”