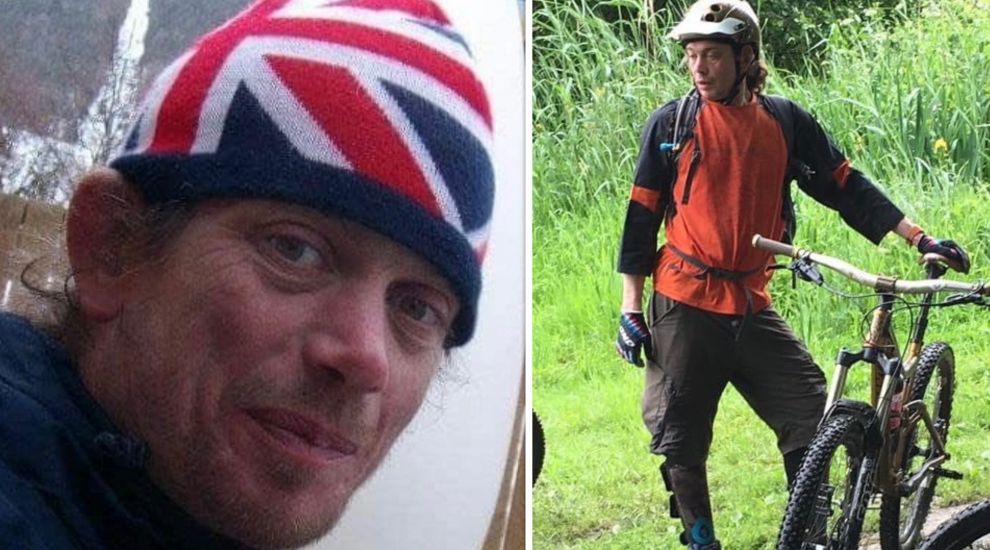 The death of a “loveable” 49-year-old sports and adventure enthusiast, who lived life “to the fullest” before a sudden fatal seizure, is a reminder islanders should never take life for granted, according to his family and friends.

Last week, an inquest concluded that Glasgow-born Alistair Scott Bennett – known as Scott – had died on 9 June 2021 “more likely than not” due to an “epileptic-type seizure”.

He had been due to be assessed for epilepsy after having a fit whilst on a building site in August 2020, but, while he was referred for a scan, one was never carried out.

Following the hearing, Scott’s mum, Irene, and his older brothers, Richard and Andrew, as well as his friends, paid tribute to his unique character, work ethic, humour, and great love of adventure, music, "the boys in blue", and his two pet rats. 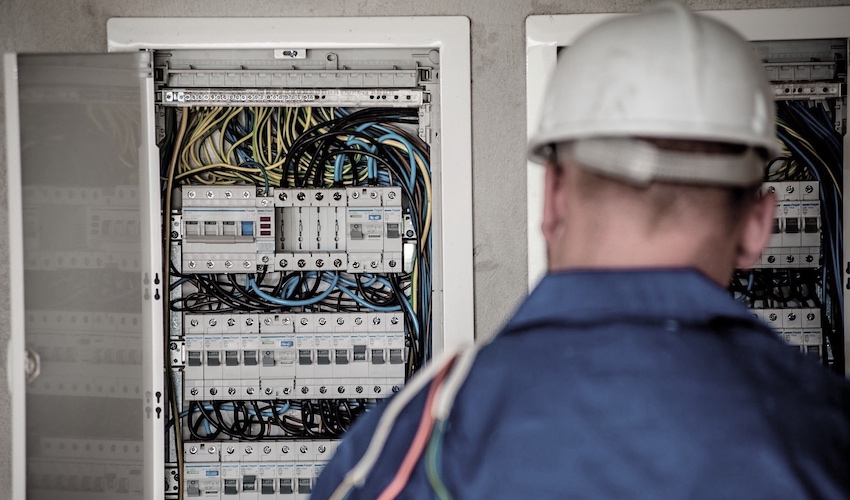 Pictured: Scott had worked as an electrician since the age of 16.

Born in 1971, Scott was Irene’s youngest son and lived in the family home with her through his working life.

Irene said Scott was clever and a “go getter” who was named top apprentice in 1993 while training to become an electrician at Highlands College, where a piece of his work still stands.

She remembered fondly how all three of her sons had gotten a job as ‘Saturday boys’ with an electrical company. “They all have a good work ethic, their dad was the same,” she said.

When he wasn’t working, Scott liked to snowboard and ride his mountain bike. As his brother Andrew explained, he would snowboard in the mountains in the winter and return in the summer to “go over” with his bike. 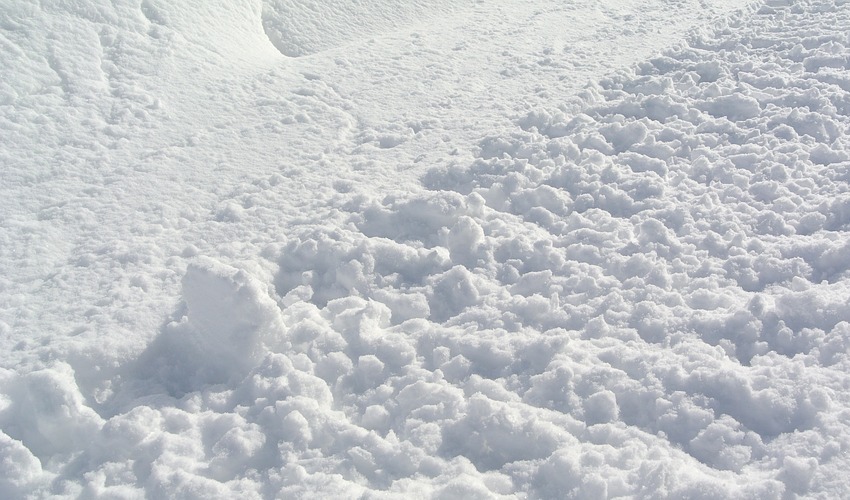 Pictured: Scott was a keen snowboarder and mountain biker.

Scott’s passions led him to “travel extensively”. While he regularly visited Morzine and Les Trois Vallées, he also went further afield including to New Zealand and Canada.

It was during a trip to New Zealand in 2017 that he made a surprise visit to his brother Richard in Brisbane, where he lives.

“What was unexpected but certainly a welcome surprise. Scott had dropped into the Prince of Wales Pub down the road and invited me down to have a beer and watch the Scotland – Australia rugby test,” Richard recalled.

“It was great to catch up after such a long time and reminisce about the time we spent together as kids. I only wish that we could have caught up again before Scott passed so unexpectedly.”

“His brother couldn’t not believe it, that’s the type of person Scott was,” Irene said.

Andrew said that growing up Scott was “a rascal, but a loveable one” and “always managed to get into some sort of mischief”.

“Once when a camping holiday on the Island of Islay, he managed to get lost on a cliff path walk – it was a wild cliff path – you can imagine the panic when we got back to tell my mum we had lost Scott, only for him to wander in later as if nothing was amiss, with a cheeky grin,” Andrew remembered.

“Coming to Jersey from a big city, you’d have thought he would cope with Jersey roads – no, within weeks he managed to get himself run over crossing St. Saviour’s Road to go to the sweet shop before a visit to Ciné de France!” 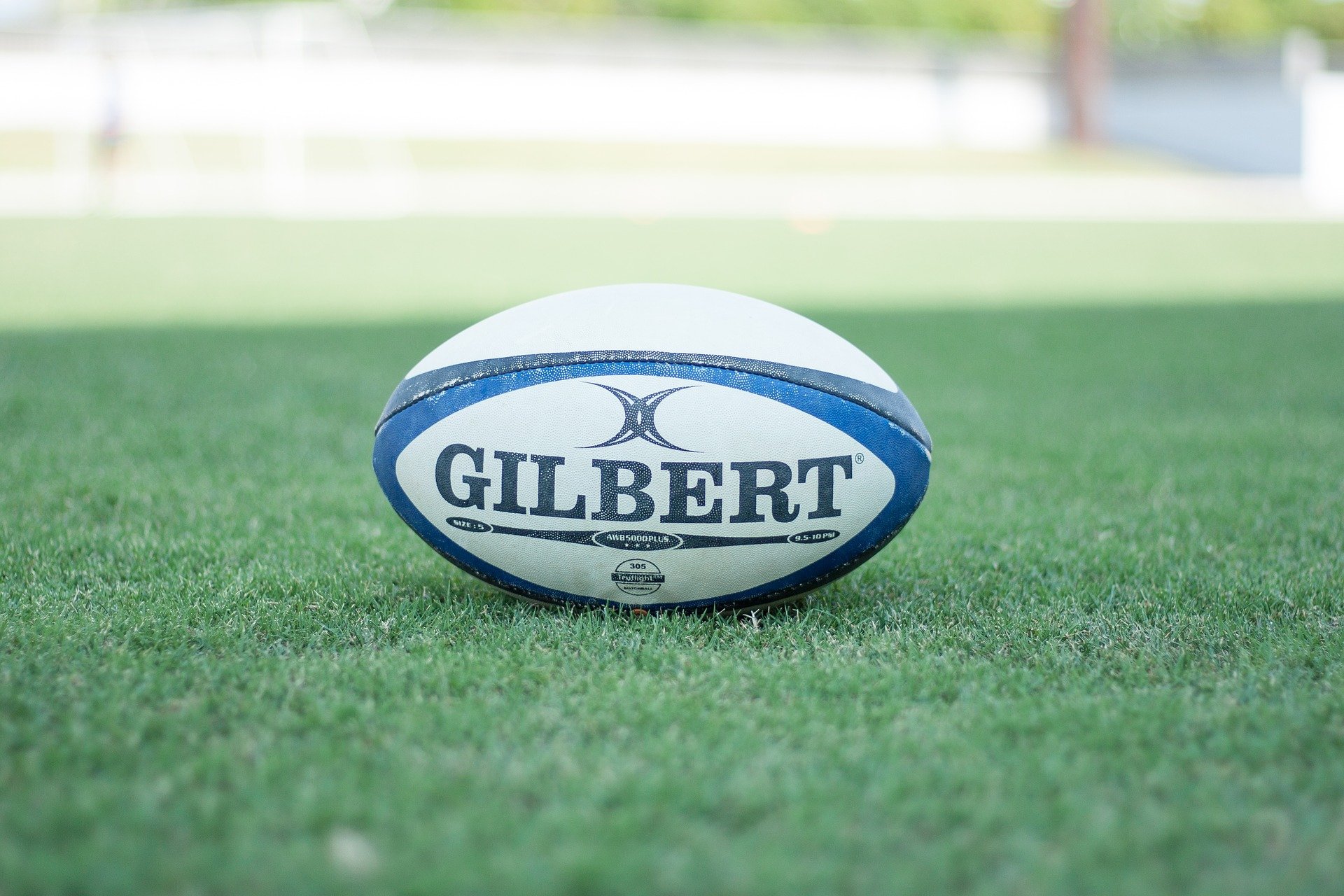 He said that, despite being the youngest of three brothers, Scott held his own with his own distinct identity.

“Music - it was heavy metal, not satisfied with the mainstream he searched out, he was never mainstream. Pets - it had to be rats, two of them were humorously called 'Bubonic' and 'Plague'.”

Scott also loved “the boys in blue”: the Glasgow Rangers and of course Scotland Rugby. After his death, Scott’s family found out that earlier this year, Scott had booked flights to Glasgow for the weekend of his 50th birthday so that he could see Glasgow Rangers play.

“He was so proud of Rangers being Champions of Scotland once again, and of course he saw Scotland win the Calcutta cup at Twickenam for the first time in nearly 30 years,” Andrew said.

“It’s kind of fitting that his last Facebook post, on 7 June, was sharing from ‘Rangers 'till I die and no surrender’.” 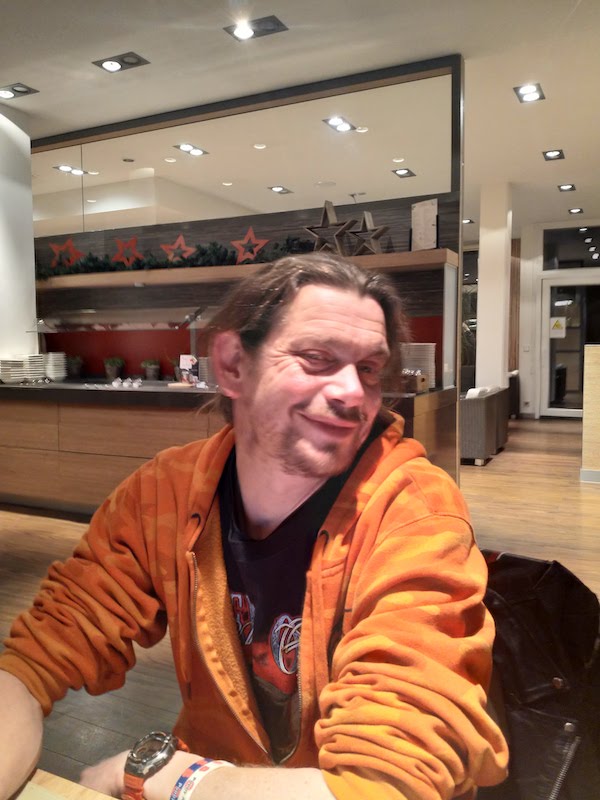 Pictured: Scott liked to travel to see his favourite bands as well as for snowboarding and mountain biking.

Richard said Scott was known by many for his “independence and love of adventure”.

“I believe that this is what he will be remembered for by many - something that Scott would have been proud of to leave as his legacy,” he said. "To me, I will always remember Scott for his love of music, something that we shared.

“I will miss Scott dearly, but can wholeheartedly say that he lived each day to the fullest. His passing should serve as a reminder to us all that life as a fickle thing, and we should never take it for granted.”

For Mark Smith, also known as 'Smithy', Scott's life was cut too short but will not quickly fade away. The two first met in 1991 in Woolworths’s record department as they were looking for the latest Testament album. After realising they both shared a taste in heavy metal, "definitely the heavier side of it", Scott invited Mark for a drink with the Jersey Heavy Metal crew. 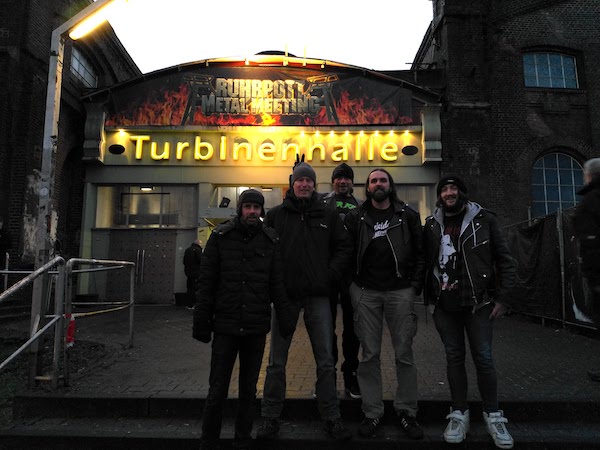 Pictured: Scott and Mark went on several trips to see band in the UK and Europe.

"Having only recently moved over to the island I thought why not and from that weekend Scott introduced me to a lot of my wonderful friends who are here today," Mark said.

"Scott’s love of heavy metal and rock music has led us all to some great nights out in Jersey and he had such great memories of The Chateau, Bonapartes, The Lamplighter and Great Western."

Scott also introduced Mark and other friends to mountain biking. As Mark said, Scott used to get great joy in convincing him to ride something well beyond his skill set and then "roll about laughing whilst I was climbing out of the bushes or picking thorns out of my body".

"I wasn’t the only person he got into mountain biking and from chatting to Nelson it sounds like he got the same treatment as me," Mark said. "I can’t thank Scott enough for getting me into the sport and helping me in the early days." 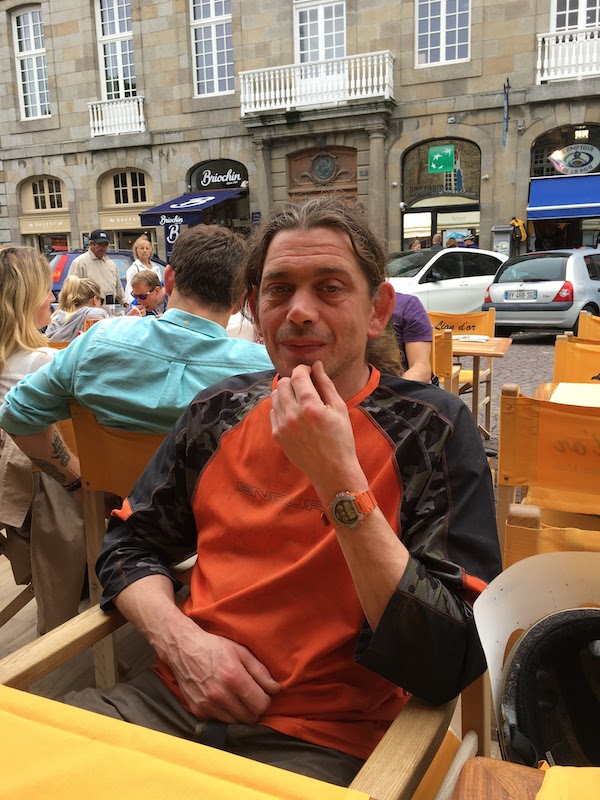 Pictured: "He would always give up his time to help people and give them tips and pointers to help them improve," Mark said.

Mark also remembered Scott's fondness for animals, which he said his dog would concur. "Scott being Scott wouldn’t give them normal rat names such as squeak or whiskers and the first two that arrived were imaginatively called Bubonic and Plague," Mark said.

"They were then followed by the delightful Diss and Tree. He found nothing more entertaining than putting these rats on peoples shoulders or in their laps without them noticing, then crying with laughter as his victims shrieked."

In addition to several comments praising Scott for his work as an electrician, Mark also noticed several paying tribute to his lovely character.

"He would always give up his time to help people and give them tips and pointers to help them improve," Mark said. "As a result of this Scott always returned from his trips away mountain biking and snowboarding with new friends and good memories.

"Hopefully Scott can now go on his final journey safe in the knowledge that he brought joy and laughter to his friends and family and my memories of him are going to stay with me forever. I’m going to miss you friend." 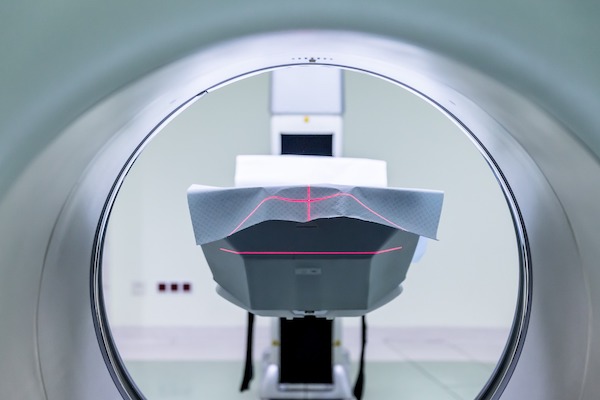 Pictured: Scott's family are calling for a serious incident review.

Scott’s friends and colleagues also paid tributes to him on social media. Maria said he was “one of the nicest people you’d meet”, whilst others described him as a “nice character”, a “funny lad”, a “lovely guy” as well as “a great mate and work colleague”.

“He was such a good character, always able to make you laugh,” JJ added.

Following the inquest’s closure, Scott’s mum and brother want to see a serious incident review conducted into the circumstances that led him to not receive a MRI in the 10 months between his first seizure and his death.

“One of the things that need to come out of this is that they need to do a full review of the neurology department to look at the people, the systems and the processes,” Andrew said. “There’s a Pandora box there that could be opened.

“You need to sort out people, process and systems before you consider spending £800milllion on a new hospital. How many people are going to die before it’s fixed?”

The Government has so far declined to comment on whether it would open a serious incident review when asked by Express after the inquest, saying it could not comment due to a complaints process being underway.