Charity champs finally get their MBEs after two-year delay 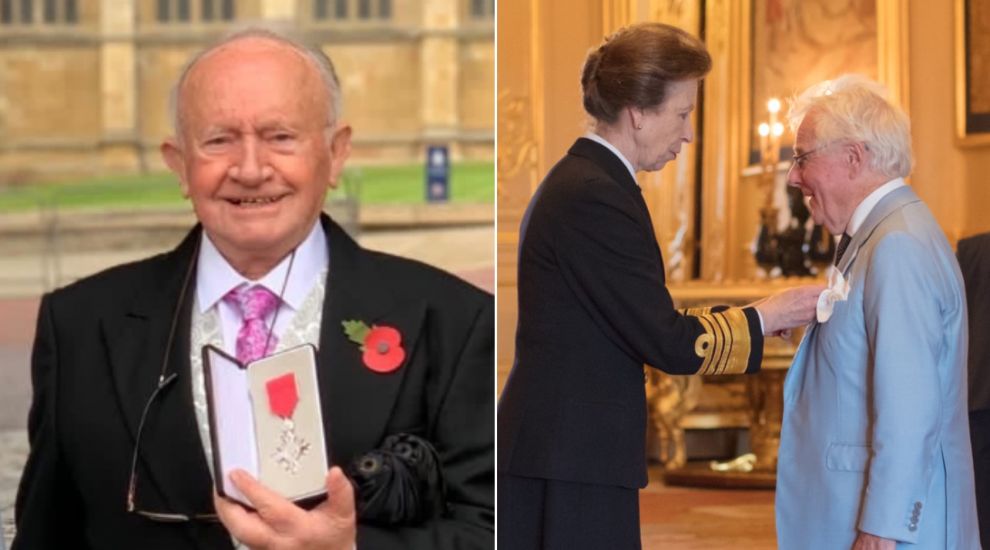 Charity champs finally get their MBEs after two-year delay

A disability empowerment champion and the man behind a rehab charity that has helped thousands of islanders with addiction – who also rescued a swimmer’s life by jumping into the sea on a freezing February day – have both received their MBEs after a nearly two-year delay.

Les Amis Chair of Trustees and Jersey Mencap supporter of many decades Stewart Mourant and Frank Laine, who set up the Silkworth Charity Group, both featured in the New Year's Honours List in December 2019.

They were due to receive their MBEs in 2020, but the ceremonies were twice postponed.

Mr Mourant received his MBE from Prince Charles at a ceremony at Windsor Castle, accompanied by his wife, Rosemary. 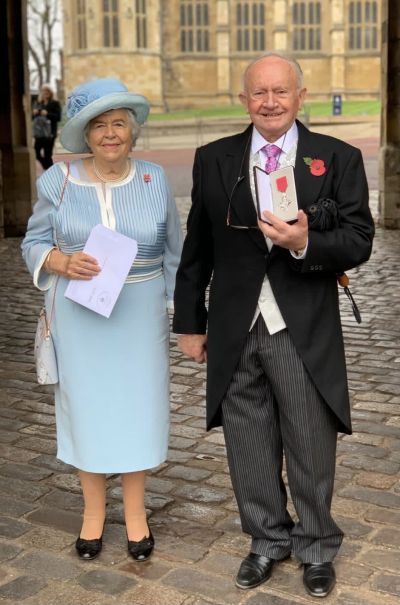 Pictured: Stewart Mourant MBE was accompanied by his wife, Rosemary.

Paying tribute to his service, Les Amis' Managing Director Shaun Findlay commented: "Stewart's long association with Les Amis has not just made it the service supporting so many islanders we know today, he has also helped give it that feeling that Les Amis is part of their family.

"We owe so much to Stewart for his steadfast dedication to the charity. He had the foresight to set up an operating company to run alongside the charity to meet the changing needs of social care in the island." 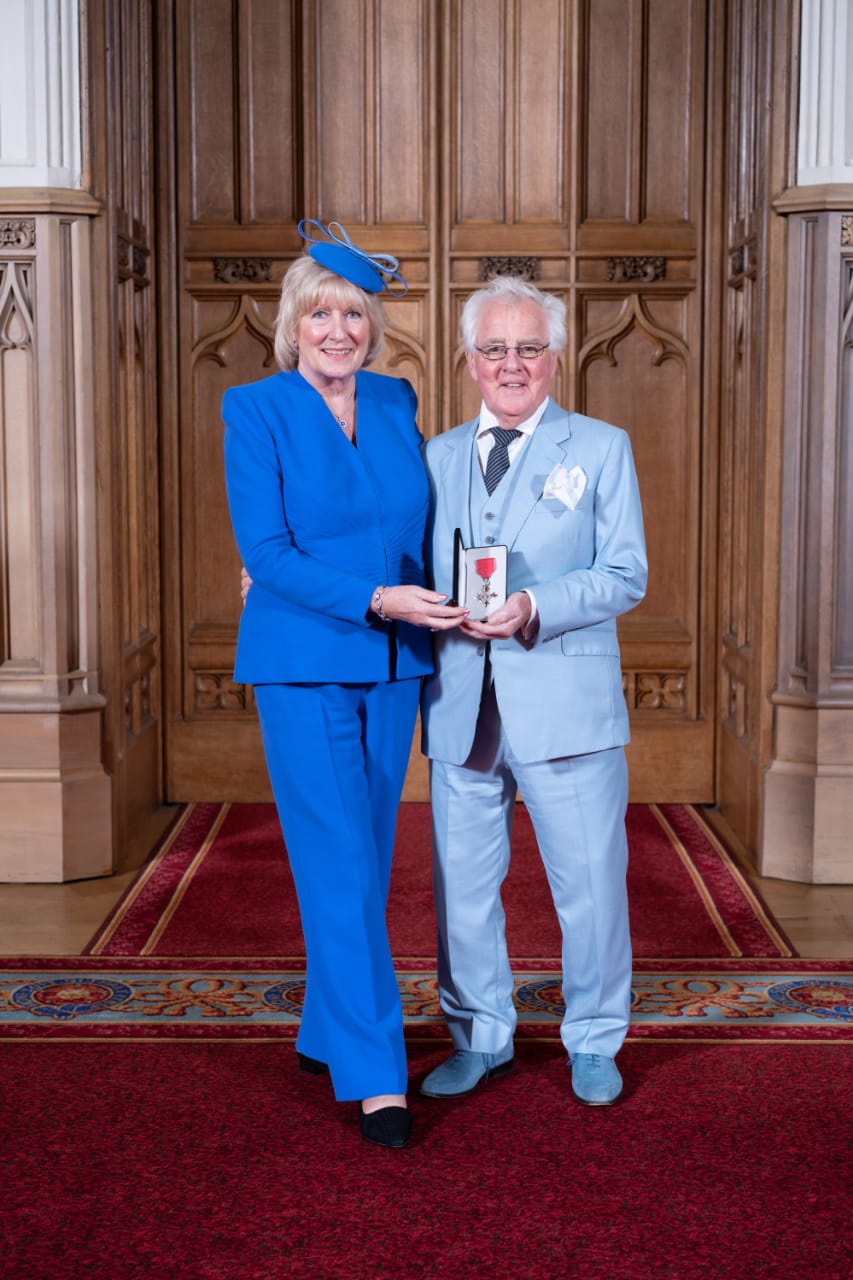 Pictured: Frank Laine, who founded Silkworth, and his wife Lorraine.

Mr Laine gained his MBE for "services to the community" through his involvement with the charity, which aims to rehabilitate islanders with drug and alcohol addiction, and the Shelter Trust, which helps homeless islanders.

He travelled to Windsor Palace with his family on 20 October, and received the award from Princess Anne.

Its one of two major accolades in recent years – in November 2019, he received the Silver Jersey Humane Society Medal at Government House for rescuing a swimmer struggling with hypothermia in St. Brelade’s Bay.

According to his daughter, the then-76-year-old swimmer had made it a habit to take to the sea every day with no wetsuit, only trunks. 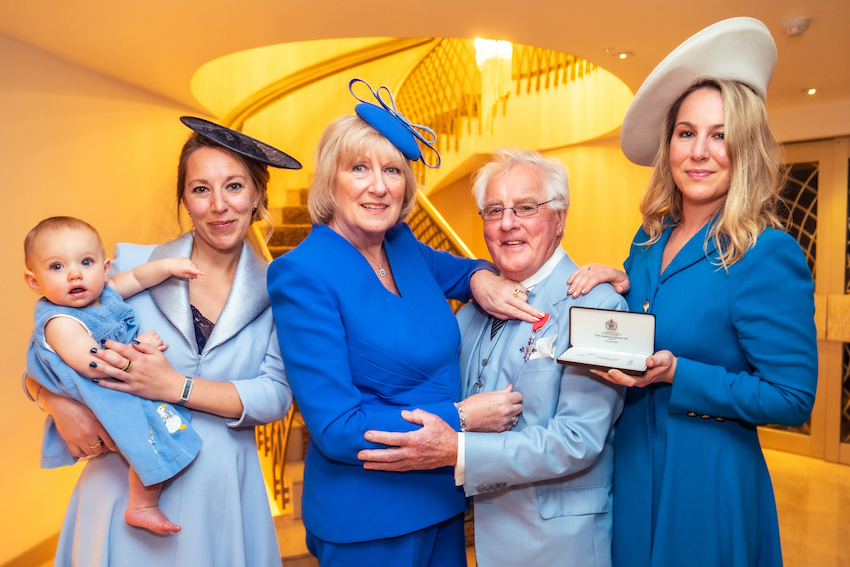 Pictured: Frank and his family.

But in February 2019, Mr Laine’s daily swim took an unexpected turn when he heard a woman screaming in the sea.

After seeing she was in difficulty 100 metres south of the wayside slipway, Mr Laine went “powering out” to help her.

Along with another islander, he was able to help the woman back to the beach where emergency rescue services were waiting for her. They took her to hospital, where she then spent three days in intensive care.

Mr Laine was not the only islander to gain recent royal recognition.

Jersey Dairy CEO and Milk Marketing Board Chair Andrew Le Gallais this week received an MBE from Prince Charles for services to the community and dairy industry.

Andrew & Loraine Le Gallais at Windsor Castle yesterday, after he had received his MBE from Prince Charles.

Andrew said it was a most memorable experience & that he would never have been in this privileged position without the continuous support from Loraine.

“Andrew said it was a most memorable experience and that he would never have been in this privileged position without the continuous support from [his wife] Loraine,” Jersey Dairy said.