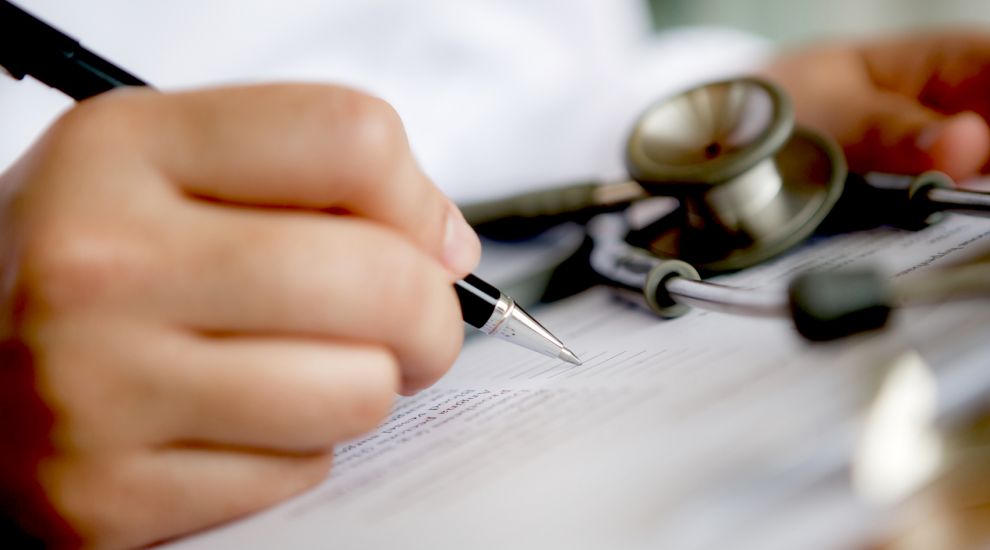 Consultants are piling pressure on Health management for an external review of disciplinary procedures over their fears the process has been “abused to suppress free speech of doctors”, Express has learned.

Members of the Medical Staff Committee (MSC) have this week signed a letter addressed to Medical Director Patrick Armstrong detailing their concern about “the growing number of investigations and suspensions of medical staff”.

They state that some of these are running “for protracted periods of time and beyond what we consider reasonable e.g. the 1-3 month time window recommended by NHS England for a full investigation”.

Noting that suspending a doctor can have “damaging psychological, reputational and financial implications to the individual” as well as impacting their family, colleagues and patients, the letter adds: “Obviously it is important that concerns about a doctor are investigated appropriately for patient safety but we are also keen to have reassurances that all investigations undertaken are fair and measures taken proportionate.”

It goes on to state that an external review should be urgently commissioned, taking into account UK benchmark standards, feedback from doctors who have previously been investigated or others involved in the process such as BMA representatives and medical indemnity organisations to identify improvements. It should result in recommendations to “strengthen the investigative process to ensure employees have confidence in its fairness.”

“Should the review find evidence of pre-meditated attempts to suppress an individual’s autonomy or to induce a dismissal via abuse of disciplinary actions, then we request that those responsible, in either an active or passive role, face appropriate sanctions themselves,” the letter says.

It comes after Dr Mike Richardson, a senior rehab consultant and Clinical Director for Medicine, was suspended in the days after the States Assembly debate over the future of Samarès Ward. The reason for his suspension has not been made public.

In their letter, MSC members call for the investigation accompanying his suspension be “concluded as soon as possible and certainly within a month, as Dr Richardson holds a senior role as Clinical Director for Medicine his ongoing absence will impact greatly on the running of the medical division and the rheumatology and inpatient services.”

Referring to speculation that his suspension relates to raising concerns about rehabilitation services, the letter adds: “We feel it is important that his situation is resolved urgently if islanders are to be reassured that the professionals caring for them are able to act in their best interests without fear of reprisals in so doing.”

“All complaints involving clinicians require us to follow established procedures. We do this alongside the standards set out by the General Medical Council.  In such cases, the suspension of an employee is a neutral act and no adverse inference should be drawn. In this instance the complaint is unrelated to the recent political debate concerning the provision of healthcare services from Samarès Ward.

“We are committed to treating our employees with respect and do not propose to comment further.”

It comes amid extreme turbulence in the senior layers of the Health service.

Express has also learnt that Deputy Medical Director, anaesthetist and ICU medic Dr Paul Hughes has resigned from the service and is now working in Wales. The Government was contacted last Friday (28 January) to clarify the circumstances around his departure and continuity arrangements, but is yet to provide a response.

On Tuesday (1 February), Express learnt that rheumatology consultant Dr Jon Bevan had tendered his resignation. It’s understood that he will be leaving in March. The Government is yet to comment.

Posted by Aston Francis on Feb 4th, 2022
How many more experienced consultants, other clinicians and nurses need to go before the senior health managers and leaders responsible for the toxic culture and the low morale are asked to leave? Such widespread abuse of disciplinary processes to silence and threaten medics would not be possible without support or at least knowledge from the senior directors at Health. They should be immediately suspended to ensure they don't threaten people trying to complain. The results of Be Heard survey from over 1 year ago were very clear - the frontline medical personnel did not trust the Health leaders, What has happened since? Nothing really, other than some twenty clinicians leaving Jersey with only one or two having exit interviews. It is time to run independent external review and anonymous staff survey - with results of both published and acted upon in a transparent way.
Posted by Sarah Ferguson on Feb 4th, 2022
Given that Dr Bevan made specific reference to the bullying culture in HCS, an external review is absolutely essential. I don't think States Members were aware of the resignation of the Deputy Medical Director either.
Posted by IanSmith97 on Feb 4th, 2022
My daughter is a nurse. She says the hospital is a nightmare. Morale zero. Management an absolute joke. A centre par excellent of bullying and intimidation. U.K. style health managers who have lost the plot. She’s amazed any health care is provided due to the incalculable number of unnecessary policies and guidelines. Tick box bureaucracy run amok. Something is far wrong.
Posted by Keith Marsh on Feb 4th, 2022
What a MESS ! ~ Time this Government sorted itself out.
Is it necessary for our new CEO to bang heads ?
Posted by Scott Mills on Feb 6th, 2022
Get Matron back on the ward...she'd soon pull the collars of the desktop managers adding more policies and procedures just to justify there huge salary!!! No point in a brand new hospital if no one wants to work there or come to Jersey to work in health.
Posted by Dave Lelievre on Feb 6th, 2022
And we know of a eye specialist has resigned and is going private because of the mess at the hospital.
Posted by Mark Wilbourn on Feb 6th, 2022
Let’s not pretend that this bullying culture doesn’t exist in the NHS. After all, that’s where the hospital bean counters were recruited from. When I was a junior doctor in the North of England, I had inadequate supervision and support partly because one of my A&E consultants upset a manager and was suspended. In his case, he was suspended on full pay, worked as a locum consultant in another hospital and brought a legal claim against the NHS trust that inappropriately suspended him. What a waste of resources. Unless there are patient safety concerns, consultants shouldn’t be suspended. Well done Dr Richardson for standing up to the bullies. I wonder what the manager, who suspended him, is going to do to fix the ever growing waiting lists. Suspending the people who can do the work doesn’t appear to be the best way to care for our population. Maybe this manager is multi skilled and can deputise for Dr Richardson in his clinics and on the wards?
Posted by Caroline Mitchell on Feb 6th, 2022
Why on earth are States Members meddling with the excellent staff at the hospital. They are not medically trained or in fact trained in anything, there is a bullying culture across the States and we need to look after our medics before we end up with no hospital and no staff. Never m8 d spending millions on a hospital just try keeping the staff who we will need if the hospital is ever built!!!!!!
Posted by Aston Francis on Feb 7th, 2022
There is a solution for the waiting lists. You just stop publishing the regular updates on gov.je. Just checked and the last published numbers are for Oct/ Nov last year. Normally, we would have had December number published mid January. is it so bad? How many waiting lists managers do we have? How many more experienced medics will have to leave before those who are responsible for the toxic culture, for the rock bottom morale including those turning the blind eye(s) up there will go themselves?
Posted by Clare Nolan on Jun 13th, 2022
As a patient of Dr Richardson for 30 years and having a Chronic illness, I am utterly appalled at the current status. Dr Richardson is an exceptional consultant who has brought me back from the dead on more than one occasion because he listens to ME. The fact that he is now suspended has had an impact on my care and that of many others. I wonder who stand up to be counted when it all goes belly up!! Oh wait No one.. because those who do get suspended for having a voice. And Jersey Government wants us to put up and shut up too!!!! Good luck with that!!!
To place a comment please login Login »

Concerns human waste may have left drains during flash floods