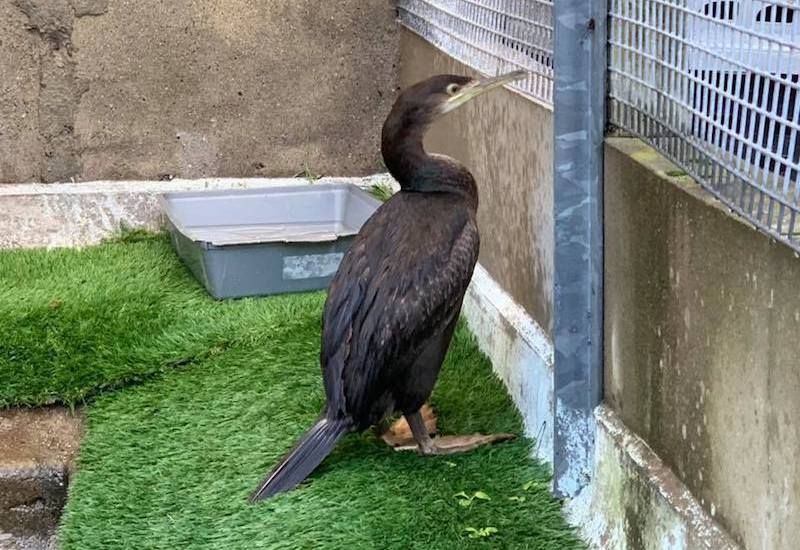 An exhausted and underweight Shag is recovering so well at the JSPCA that the staff and volunteers can't keep up with his demands for food.

The charity is in "desperate need" of either frozen or fresh whitebait to keep the bird going on the path to a full recovery.

The juvenile Shag was taken in by the JSPCA last week, and at the time was, "...exhausted, underweight and his feathers were not waterproof." His lack of waterproof feathers was one of his most concerning ailments as that is crucial for a seabird's survival.

However, during his so far brief stay at the animal shelter he is said to be 'doing really well'.

In a statement posted on the charity's Facebook, they said:

"During his time with us he has been doing really well, his appetite has increased causing him to put on weight and he is becoming much more active.

"His feathers are getting there with becoming waterproof. We are just waiting for them to start ‘beading’. This means that when the water drops onto his feathers they form little water beads and roll off the feathers."

Now that his appetite has increased the charity is in "desperate need of Whitebait, either frozen of fresh' to keep him well fed though.

"If anyone is able to donate some to us we, and our lovely Shag, would be so grateful!"

Posted by Philip Hudson on Nov 14th, 2019
Shags / cormorants a voracious animal and there are millions of them around the planet
What about the ruinous decimation of fisheries around the world and the fish stocks that seriously suffer from these birds. I believe these birds are protected and cared for WHY ??????
Serious Question (they are certainly not on the extinction list)
To place a comment please login Login »