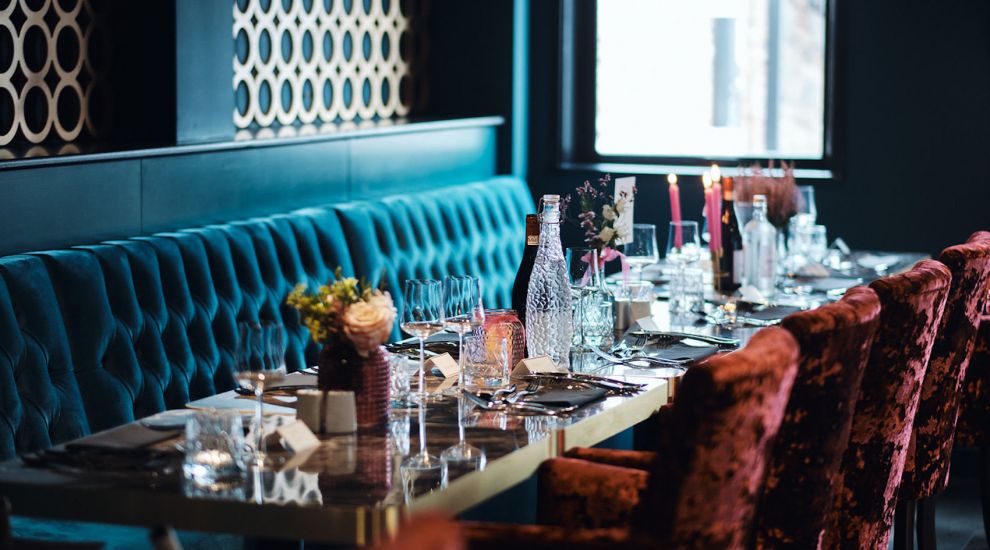 A war of words has broken out between the Government and Shinzo, after claims by the owner that the restaurant is owed more than £85,000 in pandemic support funding.

Gavin Roberts says he has faced “constant hurdles” in gaining promised financial backing from the Government over the past two years.

Yesterday, Gavin and Lisa Roberts told Express that one of the main challenges that they had to contend with as restaurant owners was not receiving enough financial support from Government following the pandemic.

Gavin said: “I don’t think that the restaurant concept hasn’t worked - I put the closure down to the fact that the Government owe us so much money.”

However, this morning, Director General of Customer and Local Services Ian Burns, whose department was responsible for administering covid support schemes, said Shinzo received more than £200,000 via the Co-funded Payroll Scheme. 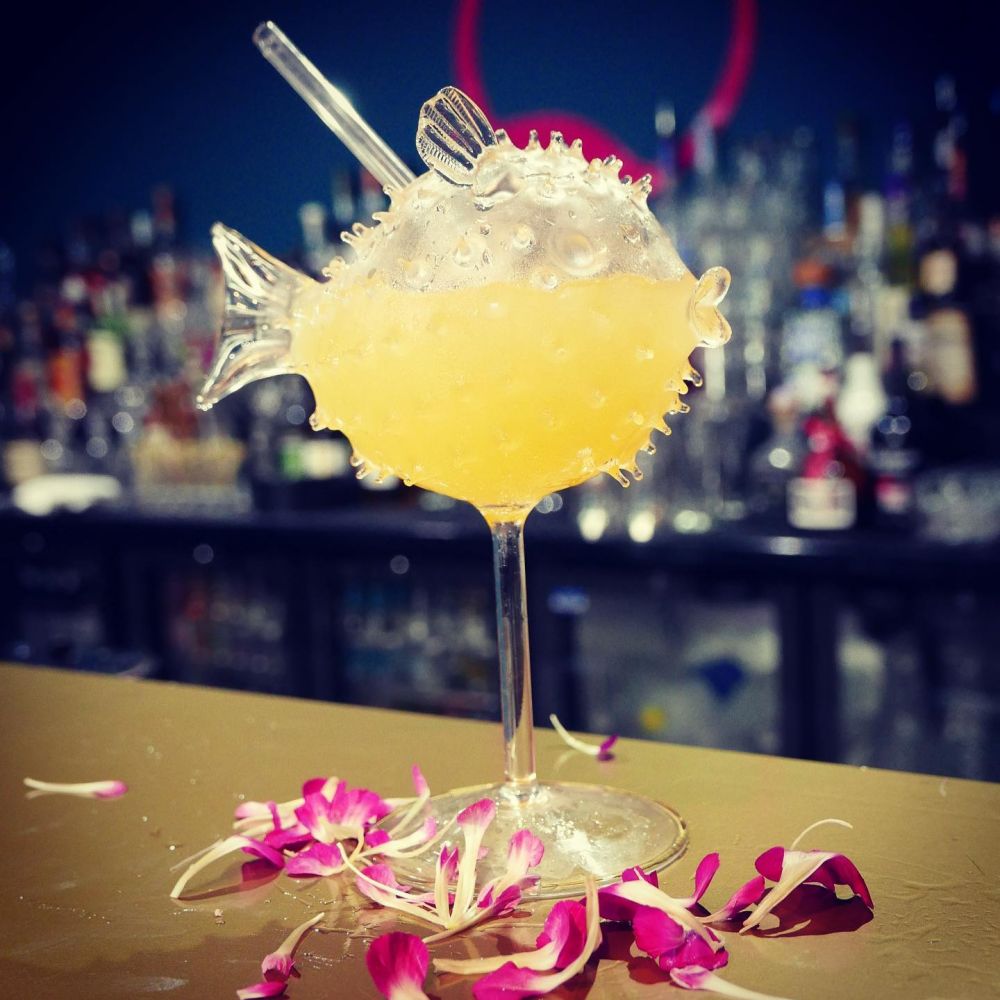 Speaking to Express on Thursday afternoon, Gavin and Lisa Roberts explained that even back in 2020 they were essentially told to “not bother” opening the restaurant. However, they decided to ignore this negative advice, having already invested a quarter-of-a-million pounds into Shinzo.

They said that, throughout the pandemic, Shinzo paid their staff 100% of their wages despite being unable to claim as much money as their competitors due to being a new business.

Gavin also expressed his frustration that his restaurant was still owed money from the Government’s co-funded payroll scheme, saying that he had been “chasing since October 2021”.

“Two weeks ago, I was finally told that we would be paid the money that we are owed which I have been chasing since October last year.

“However, just this morning I received a phone call informing me that I would no longer be receiving these funds as Shinzo is now closing and there is no law to backdate payments to businesses.

“How can this be the case when it is retrospective money owed from when we were still open?”

Although Gavin will be querying this issue, he says it is just one in a long line of problems they have faced in securing the funds to back his restaurant.

At first, the owners struggled with some initial investors not being fully committed to the business. Shortly after opening, the restaurant was served an ‘noise abatement order’ in September 2021 by an Environmental Health Officer, giving them 56 days to reduce the noise coming from two extractor fans. They were eventually able to appeal this.

This was followed by the continuous effects of the pandemic causing Shinzo, along with many other hospitality businesses, to suffer from a large number of cancelled bookings due to the Government's isolation requirements during Summer 2021. This also created further issues with staffing. 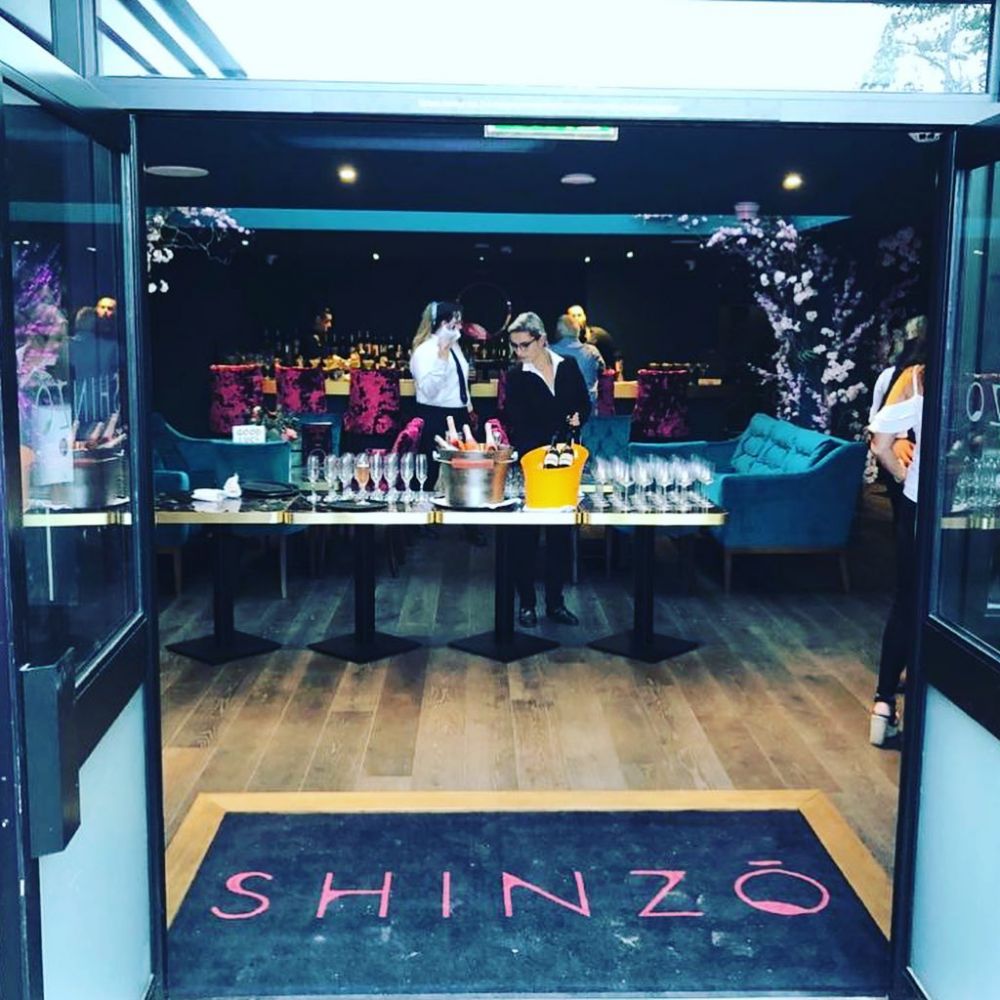 The restaurant owners said they were also disappointed when they were informed that their business would only be receiving the lowest level of support from the Government’s Fixed Costs Scheme. They said this equated to just £1,500 of support per month, when Shinzo’s rent alone is almost £6,000 per month.

Shinzo's owners were grateful for support received from Jersey Business to apply for the Business Disruption Loan Scheme. However, this moment of hope was short-lived as they were turned down by their bank.

“This was really disheartening, as it’s basically your bank telling you that they don’t believe in your business,” Gavin said.

Shinzo also faced further issues with the Government’s co-funded payroll scheme, being told that staff who had been paid previously by the scheme were in fact not registered and couldn’t be funded.

Two months ago, they also received a £2,500 bill from the Government stating that they had been overpaid as their forms had been filled out wrong. However, Gavin claimed that it was in fact the Government who had told them what values to claim on their initial funding forms as they were a completely new business at the time.

The owners believe that, as a result of these difficulties, they have missed out on over £85,000 worth of support from Jersey’s Government.

Gavin explained: “We continue to get the customers in, but we have to use all of the profits we make in the busy summer season just to keep afloat while the Government still owe us the best part of £100,000.”

However this morning, Ian Burns, Director General for Customer and Local Services, said: "To date the business in question has received funds in the region £229,000 from the Government’s Covid Business Support Schemes.

"Any outstanding claims for a small fraction of the overall total have now been settled after the correct supporting evidence was recently provided by the proprietor.

"Government has a responsibility to ensure funds are properly distributed and officers have rightly looked into whether they should still be making the payment or not given the announcement of closure however this has not affected their claim." 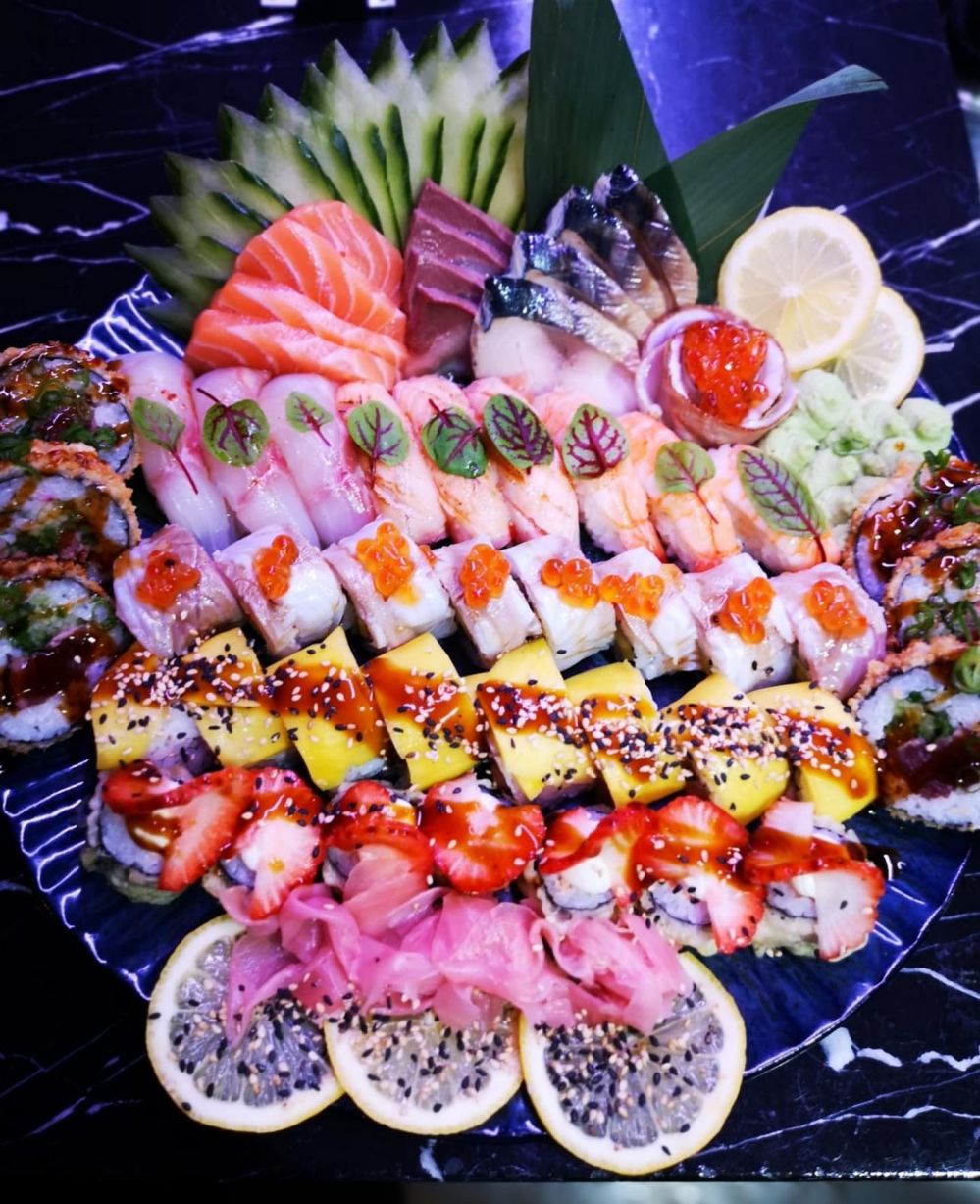 Pictured: The restaurant was renowned for it's sushi selection.

He added: "The Co-Funded Payroll Scheme was Government’s primary response to the economic consequences of covid-19 during 2021 which has now provided more than £140 million of support to businesses since its inception in March 2020 supporting 15,000 workers across 4000 businesses."

Despite his disappointment in relation to pandemic funding, Gavin said he had been humbled by the support he has received from family, friends and even strangers in Jersey.

“Just the other day I was stopped in town by a complete stranger who recognised me from press about Shinzo’s closure, and just wanted to offer condolences and support.

“There has been loads of positive feedback from islanders over the past two years, and some particularly lovely comments on our Facebook post announcing the restaurant’s closure.”

Gavin also expressed his how grateful he is to have had such a supportive landlord over the last two years of owning Shinzo, who is letting him out of the rental contact earlier than planned and even offered to buy some of the restaurant contents to help out.

“Sadly, we are in court tomorrow to end our rental contract, so today [Thursday 26 May] is officially our last trading day.”

Gavin admitted it will be hard to sit down with staff and inform them that this is the last day of trading at Shinzo, but his future plans mean that they will all still have jobs.

“There are plans in place to carry Shinzo forward. It won’t be in the same form, but as something else we have been working on. I can’t say exactly what it is yet, but hopefully all will become clear in the next few weeks.”

The restaurant owner believes that this new endeavour will be more feasible, particularly at a time when the whole hospitality industry is still reeling from the effects of the pandemic.

“Surprisingly, we’ve even had a lot of support from competitors. The current shortage in hospitality workers in Jersey meant that, once word got out about our closing, we had other restaurant owners calling up and offering our staffs jobs and accommodation if they needed it. They all offered so much support and many asked if they could help by buying any restaurant contents we were selling!”

Although Shinzo was open for less than two years, there was also two years of planning behind the scenes and almost £2m-worth of investment before the restaurant even opened its doors.

Opening the restaurant was a labour of community love with many family members – including Gavin’s son and daughter – and close friends involved in the process. 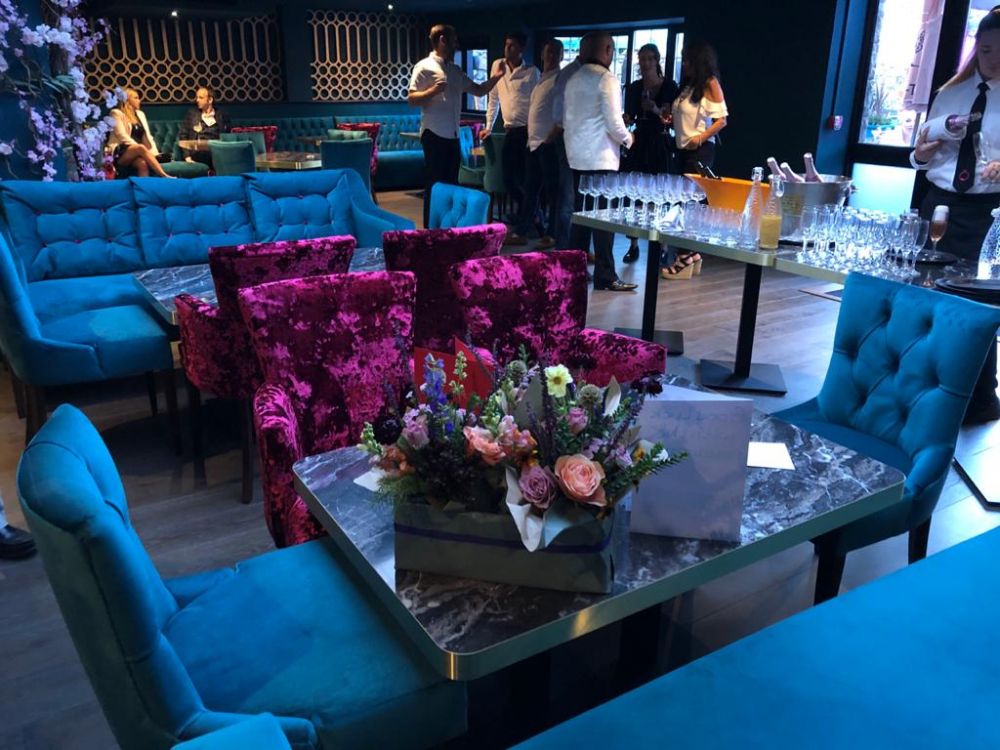 Pictured: All of the interior decoration was carefully handpicked to create a luxury atmosphere.

Before opening, Gavin and Lisa had to completely transform the whole restaurant from top to bottom, including both interior and exterior, and went to painstaking attention to details to ensure that it embodied the luxury feel they were hoping for.

When they finally realised that they had no choice but to close Shinzo less than two years later, the owners were heartbroken.

“I just sat in the restaurant, looked around, and cried my eyes out,” said Gavin.

However, the pair are now feeling more optimistic in looking towards the future thanks to the support of the local community.

“While this has been a hugely stressful period, almost everyone from suppliers and competitors to members of the public have been understanding. People have really gone above and beyond to try and help.

“We look forward to being able to reveal what is coming next for us!”