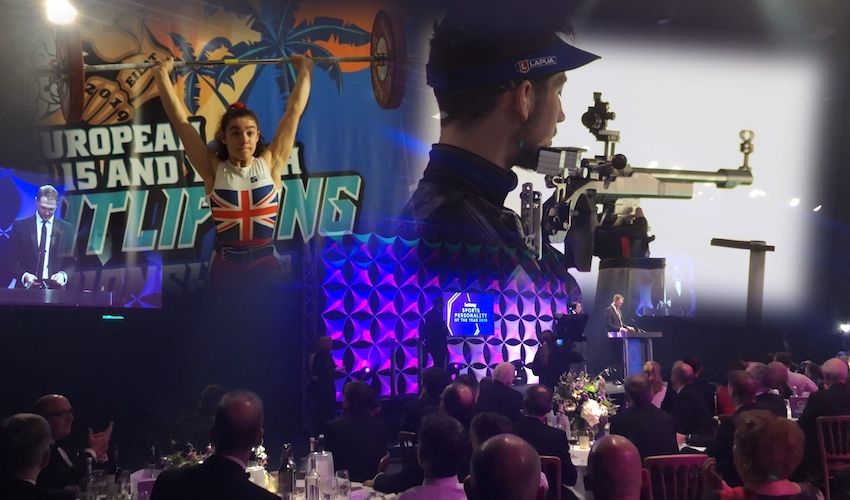 The Channel Island sporting talents of a Jersey shooter aiming at the Olympics and the rising star of a teenage champion weightlifter are amongst the hopefuls at the 2019 Sports Awards, it has been announced.

The shortlist for the Channel Island Sports Awards’ main prizes have been announced as the voting opens for sports fans to back their favourites ahead of the ceremony at the end of this month.

Amongst the hopefuls for the top award – Sports Personality of the Year – are Jersey swimmer Harry Shalamon and Olympic hopeful and air rifle shooter Cameron Pirouet.

Both Harry and Cameron cleaned up at the most recent Island Games in Gibraltar, collecting a staggering 12 gold medals between them.

Described by the Sports Awards as “the most outstanding Jersey swimmer at the moment”, having won competitions locally and internationally.

Cameron has been selected for the GB Olympic Performance Pathway for the third year running after demonstrating a consistently high level of shooting across the season.

After a charmed beginning to her weightlifting career – which she only took up in April 2018 – Charlotte is hoping to lift her way to the 2028 Olympics and now her success has been recognised through a Sports Awards nomination.

Following her second-place finish at the British Surfing Championship at St. Ouen, Kitty was selected as one of three female surfers for the senior GB Team to compete at the World Surfing Games in Japan.

Showcasing up-and-coming talent from the islands...

This is the five-strong shortlist for the @PraxisIFM Rising Star award...#CISPOTY19 pic.twitter.com/CaeEmGywxj

Tom set himself out as one to watch when he took a bronze medal at the Island Games.

From Guernsey, cyclist Sam Culverwell and footballer Alex Scott have also been nominated for the award.

The ceremony will take place on 30 January at Beau Sejour in Guernsey.

Nominations for Team of the Year...

Here are your four nominees for Blue Islands Team of the Year 2019#CISPOTY19 pic.twitter.com/Bg1V2CCN3C

Nominations for Coach of the Year...

Meet the four contenders to be named @sourcegsy Coach of the Year 2019 pic.twitter.com/Z5nidk1l0m