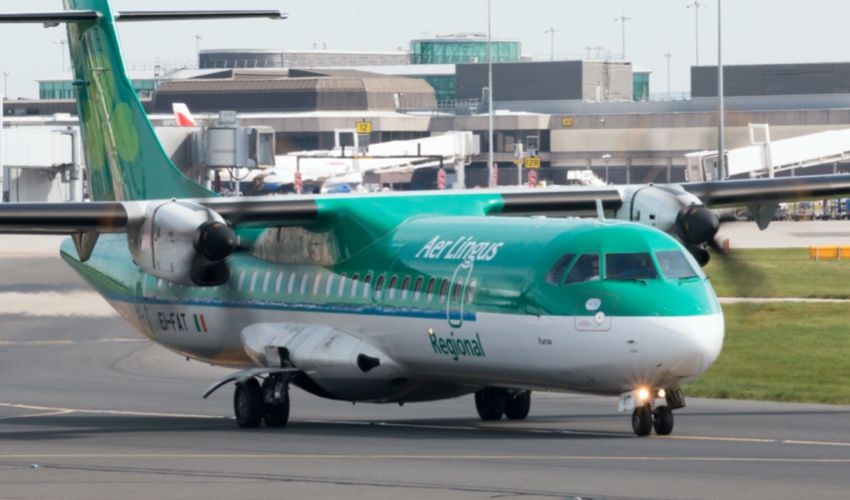 The future of an air route between Jersey and Dublin is unclear after a former sister airline of Flybe went into administration.

Stobart Air – which flew routes for the Jersey-founded airline following a deal signed in 2014 – announced at the weekend that it would appoint a liquidator and end a franchise agreement with Aer Lingus Regional, which forced the cancellation of dozens of flights.

An Aer Lingus statement said it had been notified late on Friday that Stobart was terminating its franchise agreement with immediate effect.

The statement said: “Stobart Air referred to the continuing impact of the pandemic, which has resulted in almost no flying since March 2020. Stobart Air has ceased trading and is now in the process of appointing a liquidator.

“Aer Lingus apologises to customers for the inconvenience caused by the cancellation at such short notice of all flights operated by Stobart Air.”

The jobs of all 480 staff at Dublin-based Stobart Air are under threat. 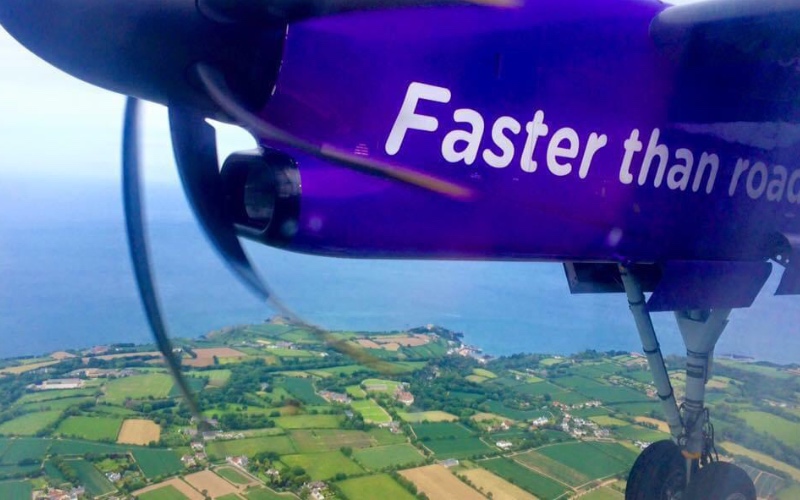 Pictured: Flybe collapsed last March, one of the first airline casualties of the pandemic.

Aer Lingus has since been working on a replacement schedule for routes impacted by Stobart’s decision to cease trading, with BA City Flyer is due to step in to help across some UK regional routes.

The fate of the Jersey-Dublin route, which was supposed to run once a week on Saturdays until 4 September, remains unclear, however.

Before the pandemic, the airline carried more than a million passengers each year for Aer Lingus Regional, with 940 flights a week across 43 routes in Western Europe.

Both Stobart Air and Flybe were part of Connect Airways, which was formed by Virgin Atlantic, Stobart Aviation and Cyrus Capital Partners in 2018 to acquire the two airlines.

When Flybe collapsed in March 2020, followed swiftly by Connect Airways, Stobart Air kept flying and was bought back by Stobart Group in April, who promptly looked for a new buyer.

Although an Isle of Man company was close to buying it, the deal fell through due to a lack of funding.

A spokesperson for the airline said: “It is with great regret and sadness that Stobart Air can confirm that the board is in the process of appointing a liquidator to the business and the airline is to cease operations with immediate effect.

“This unavoidable and difficult decision means that all Aer Lingus Regional routes, currently operated by Stobart Air under its franchise agreement with Aer Lingus, have been cancelled.

“Last April, Stobart Air announced that a new owner had been identified. However, it has emerged that the funding to support this transaction is no longer in place and the new owner is now unable to conclude the transaction.

“Given the continued impact of the pandemic which has virtually halted air travel since March 2019 and in the absence of any alternative purchasers or sources of funding, the board of Stobart Air must take the necessary, unavoidable and difficult decision to seek to appoint a liquidator.

“A franchise flying partner to leading domestic and international airlines, Stobart Air has acknowledged the significant contribution, loyalty, dedication of its 480-strong team of skilled and talented aviation professionals.”

After going into administration last March, Flybe's brand and database has been bought by a subsidiary of Cyrus Capital Partners, who hope to resurrect the airline this summer.

The new airline's first aircraft was registered this year, however, it was recently forced to give up Flybe's lucrative slots at Heathrow after the pre-administration airline's operators certificate was revoked.