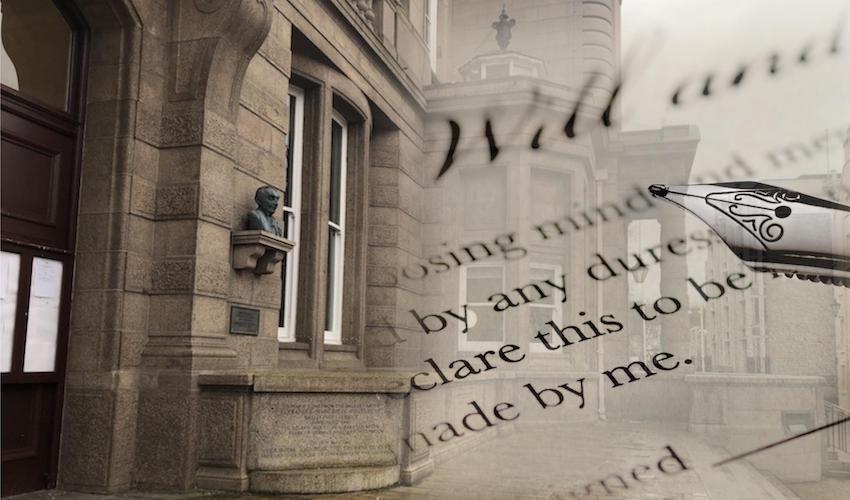 A brother and sister have mounted a legal battle against their late father’s second wife in a bid to evict her from property they say she has no right to – but she says she doesn’t understand the ‘pre-nup’ contract she was allegedly “pressured” to sign.

Documents recently laid before the Royal Court explain that the siblings, whose mother was the man’s first wife, are the beneficiaries of his will and claim that they have right to his belongings, money and property.

But the deceased’s second wife, who he met in her native Thailand after he finished working, is still living in his flat in Jersey and refusing to vacate it, as she says she is entitled to stay there.

With the second wife declining to move, and now a further allegation on the table that she was spotted with another man just nine weeks after the passing of her husband due to terminal illness, the matter has now been escalated to the Royal Court.

Pictured: The documents outlining both sides of the case are now before the Royal Court for consideration about whether it should go to trial.

The siblings say that, because their father and the woman signed a prenuptial agreement – establishing that either spouse would relinquish their right to the assets of the other in case of divorce or death – that she has no right to remain in the property.

There is also a further dispute regarding a property in Thailand which the siblings say was bought with their father’s money but that his second wife has, since his death, “not hesitated to treat this property as her own, using it to accommodate her mother and daughter by a different father.”

However, the woman denies owning the Thai property, claiming that her late husband signed it over to a money lender as a security on a £90,000 bank loan and only when this is repaid will it revert to her. But, she says that she “does not have the funds available to her to repay the lender.”

Regarding the Jersey property, the man’s widow came to Jersey in 2017 when he was diagnosed as being terminally ill and has lived in the flat in question with their child since that time. In contrast to the siblings’ account, she claims that she was “under pressure” to sign the prenup and that she didn’t even get to read the document which she was shown just one day before the pair got married.

Pictured: The pair met and married in the woman's native Thailand.

In her reply to the legal action brought by her stepchildren, it claims that “she had no understanding as to the effect of the agreement and simply signed it as she was universally subservient to [her late husband] and did not wish to incur his displeasure/anger.”

This, amongst other reasons, make up her case that the prenup is “invalid and unenforceable” – meaning that, as his surviving spouse, she is entitled to stay in the property with the child that she and her late husband had together.

The siblings’ case also alleges that “approximately nine weeks after she was widowed” the man’s son “encountered [her] in St. Helier in the company of another man whose hand she was holding.”

Pictured: The dispute mainly centres on who is entitled to the man's estate and his property.

Responding to this allegation, the woman’s lawyer says his client denied this happening, saying that she “does not know what [he] believes he saw,” but regardless of whether it’s true or not, it “does not have any relevance to the [siblings’]… claim for eviction nor does it in anyway defeat” his widow’s marital right to the property.

Regarding the son’s complaint that she deliberately locks the entrance to the property that he doesn’t have a key to, she claims that “she does not want [him] to have unbridled access to the [property] because she is afraid of him” due to “the aggressive and intimidating manner” in which he behaved towards her when they met up to discuss probate matters.