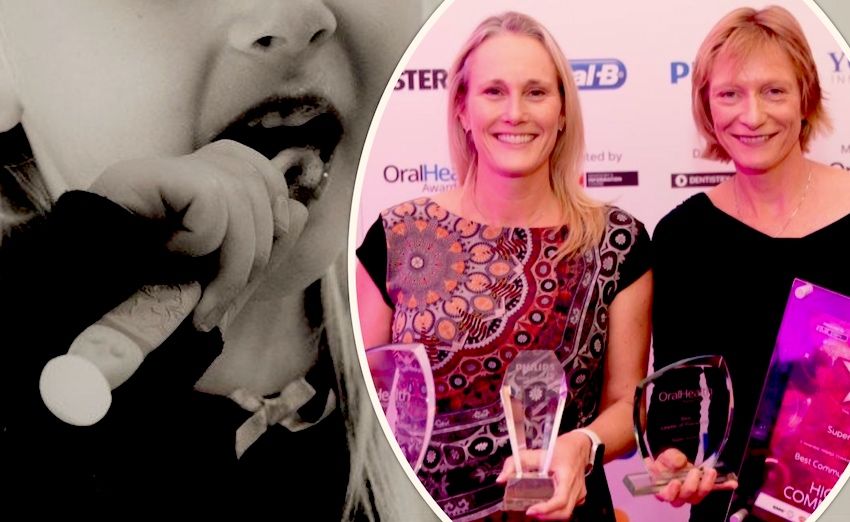 The founders of a local dental charity recently crowned the UK's 'Champions of Prevention' are hoping the government will look at their award-winning model as it plans a shake-up to children's dental care.

Super Smiles, which was created by Dental Hygienist Caroline Wetherall and Dentist Sarah Pollard, was awarded the top honours for its efforts in providing dental education and support to children in Jersey at the National Dental Prevention Awards last year.

The judging panel said the charity’s programme “stands as an example of a well-considered, passionately executed, and demonstrably effective oral health initiative".

In addition, Super Smiles also won the 'Best Leader of Prevention' category, and the runner-up trophy for the 'Best Community Initiative'.

Caroline also won the Philips 'Shine Award' for "pushing the boundaries of the profession".

The charity has come a long way since it was founded eight years ago.

It is entirely run by volunteers, and over the past three years has benefited from funding from the Bosdet Foundation and One Foundation to help employ a dental health educator.

It now supports over 2,500 children a year that are enrolled on a daily brushing programme.

“A further 1,000 are accessed at the nine-month development check and provided with a dental prevention pack, distributed by FNHC,” they explained.

In 2019, Super Smiles ran their dental programme in every primary school (except two private schools) and 18 private nurseries.

Building on that success, Caroline and Sarah say the next step for Super Smiles is to continue making themselves more widely known, and also potentially collaborating with government.

With waiting lists sometimes stretching over a year, the government is currently considering changing its dental care provision for children amid a move to more community-based healthcare solutions.

Pictured: The charity supports over 2,500 children a year, who are enrolled on a daily brushing programme.

"The States are currently considering changing provision of children's dental care. We are hoping they consider our award-winning model," they said.

The Super Smiles team is yet to have any formal conversations with government officials on the matter, but told Express that they'll be taking part in a workshop with other dentists later this month.