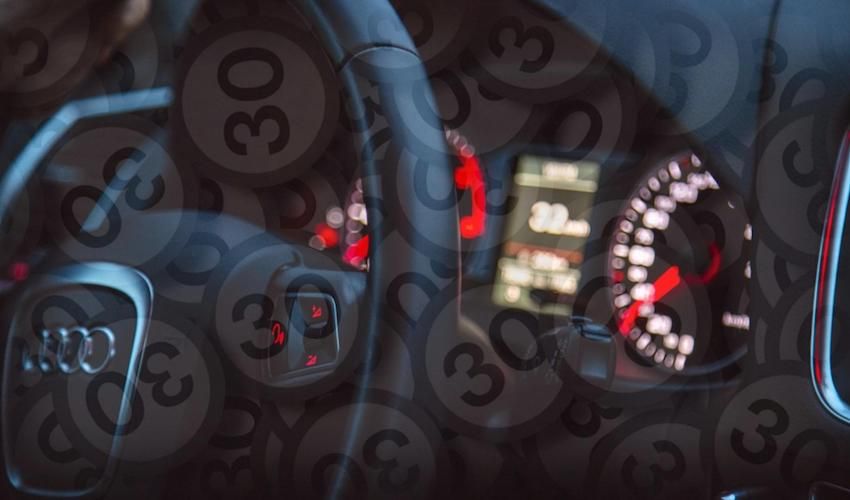 A greenkeeper, who drove his ex-girlfriend’s sportscar at almost twice the speed limit, has been fined and disqualified from driving.

Benjamin Thomas Moody (32) was yesterday fined and disqualified for two months in the Magistrate’s Court for driving his ex’s Audi at 58 miles per hour in a 30-zone.

The 32-year-old was stopped by officers who were carrying out a speed check along Grève d’Azette.

The Court was told that Moody was driving down the road in the direction of Roberts Garage. The officers’ suspicion that the driver was “speeding in excess of 30 miles per hour” was confirmed by the reading of 58mph on their laser speedometer.

Pictured: Moody was heading in the direction of Roberts Garage (Google Maps).

The white Audi car was stopped and it was later found out that the address on his driving licence was incorrect. Moody had been living at his new address for about four months, but he hadn’t yet updated the address associated with his licence.

This formed a separate offence to the speeding charge – both of which Moody admitted.

Advocate Sarah Dale, representing Moody, said that her client “deeply regrets finding himself in this position” and that “speeding is not something he would ordinarily do".

The defence advocate explained that the car was “his ex-partner’s new car” and it was “not intentional that he was speeding” – he “simply didn’t appreciate” how fast he was going.

The Relief Magistrate David Le Cornu interjected at this point, questioning: “When you’re driving through a 30mph limit, surely you would check your speedometer to make sure you’re not going over that limit? This was 28 miles over.”

Advocate Dale accepted this statement and went on to say that in terms of the licence address, Moody had “simply forgotten to amend the details” after moving.

Regarding a possible driving disqualification, Advocate Dale said that Moody is employed as a greenkeeper and he “does require a licence for his employment”.

Although, she added that if he is disqualified, “alternative duties” could be found for him in his current job, but invited the Relief Magistrate to keep the disqualification period “to a minimum".

Relief Magistrate Le Cornu commented: “This was quite a dangerous bit of driving.”

Warning Moody that driving 28miles faster than the speed limit is “really not acceptable”, the Relief Magistrate decided to fine him £400 for speeding and £150 for not updating his address.

Moody was also disqualified from driving for two months.

Posted by Lance Gallichan on Oct 18th, 2019
Speeding at twice the speed limit should be an automatic driving ban of a year or more, if it was twice the speed limit on the avenue it means it would be 80mph, at these speeds you can kill innocent members of the public, its 30mph for a reason and 58mph there is no excuse what so ever. A year ban and £1000 fine would make people think. Just because you need a licence for your job should not make any difference. Sorry rant over !
To place a comment please login Login »