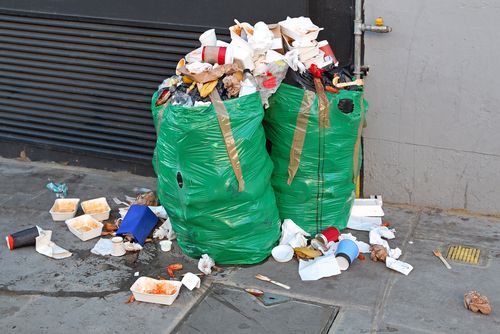 Plans for on-the-spot fines of up to £100 for littering have been binned because the 12 Honorary Police forces don’t agree on whether it’s a good idea.

The plans were first floated in March last year, and the Home Affairs Minister and States of Jersey Police visited the City of London to talk to police there about a new scheme that allows “fixed penalty notices” of £80 for littering offences.

“Since we went to the Committee of Constables we found that the committee is not agreed on this issue, and it has been decided that it is difficult to move forward because it would be a rather awkward position if some parishes were to implement fixed penalty notices and some were not,” said Home Affairs Minister Kristina Moore.

“It remains a matter of interest, with some practical difficulties.

“In some parishes there is a great deal of interest, but it has failed on a practical level. It would be rather difficult to implement if it was not the same in all parishes. I’m happy to revisit the committee and work with Constables if they are happy to do so.”

The system in London was introduced some time ago – they introduced the scheme because an estimated six million cigarette butts were dropped on city streets every year, costing around £3.8 million to clear up.