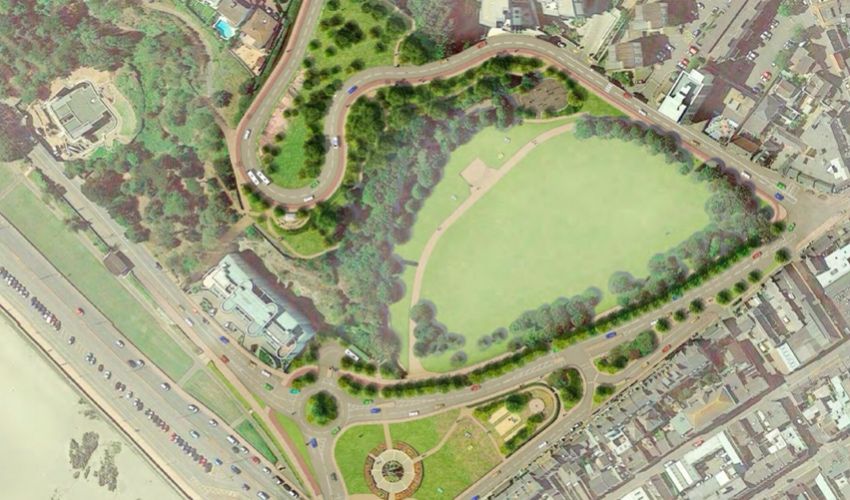 Junction changes and safer routes for cyclists are some of the key changes that must be made if the new hospital highway is to work, according to St. Helier's Roads Committee.

The Committee is planning to respond in detail to plans for Westmount Road submitted by the Our Hospital project team.

It will finalise this response to the Overdale planning application at a meeting on Wednesday, but has published the agenda and its proposed recommendations beforehand.

It will then formally make a submission, which will be analysed – along with all plans, supporting documents and public comments – by an independent planning inspector in March and April.

That inspector, Philip Staddon, will then make a recommendation to Environment Minister John Young on whether the application should be accepted, rejected or amended.

So far, it includes 188 plans, 112 documents, 64 public comments and 11 consultations. Mr Staddon will also hear representations during a series of public meetings.

St. Helier has a strong interest in how the new hospital proceeds. Not only is it within the parish but some of the development, including proposed changes to Westmount Road, is on parish-owned land.

Parishioners recently rejected a £6.5m offer from the Government to acquire the necessary land and Ministers are now starting the process to obtain it by compulsory purchase, as has been agreed by the States.

The parish, however, argues that no land will be transferred before the planning application decision, so it first wants to make a comprehensive representation to the planning inspector.

Express looks at what the Roads Committee are recommending...

The Roads Committee argues that demolition should only go ahead if planning permission for the new hospital is granted. Conditions should include no demolition at the weekends [the proposed plan is for work to take place up to 13:00 on a Saturday], and no HGV traffic should go up St John’s Road [the proposed plan includes work traffic going up that way while Westmount Road is closed]. 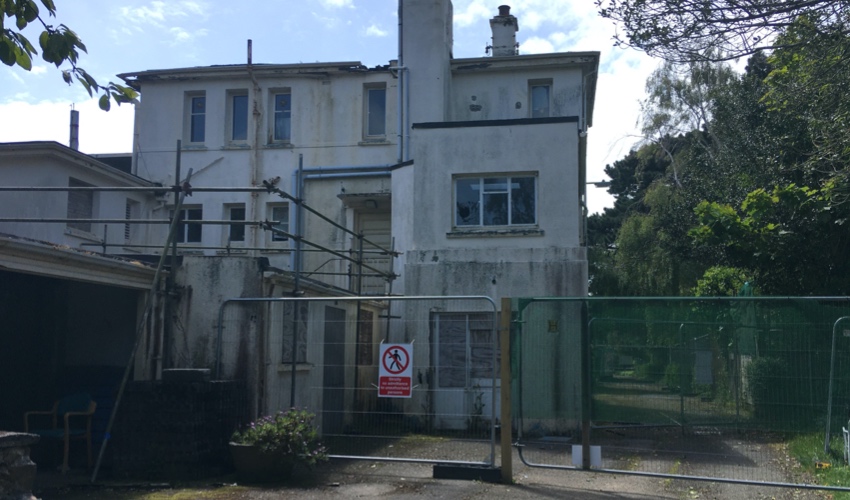 Pictured: The Parish of St. Helier wants to limit demolition activity to weekdays only.

The Committee also wants the Our Hospital team to outline how the Crematorium will run when Westmount Road is realigned.

The Roads Committee points out that there are only 55 parking spaces with electric charges out of 550 in total. It calls for this 10% rate to increase, in light of the Government’s declaration of a Climate Emergency.

The Committee also refers to a Health staff survey which found that 57% of them would choose to travel to Overdale by car without any intervention, which would equate to a need for 655 spaces on site. However, it notes, there are only 375 spaces for staff. It says it “wants to see in place mitigation to address this significant shortfall” to stop staff parking elsewhere around the campus and in spaces dedicated for patients and visitors.

It says: “Having insufficient parking within the OHP campus is unacceptable, as this will likely impact on the parking within estates in the vicinity being used by OHP staff, patients and Crematorium visitors as overflow parking. 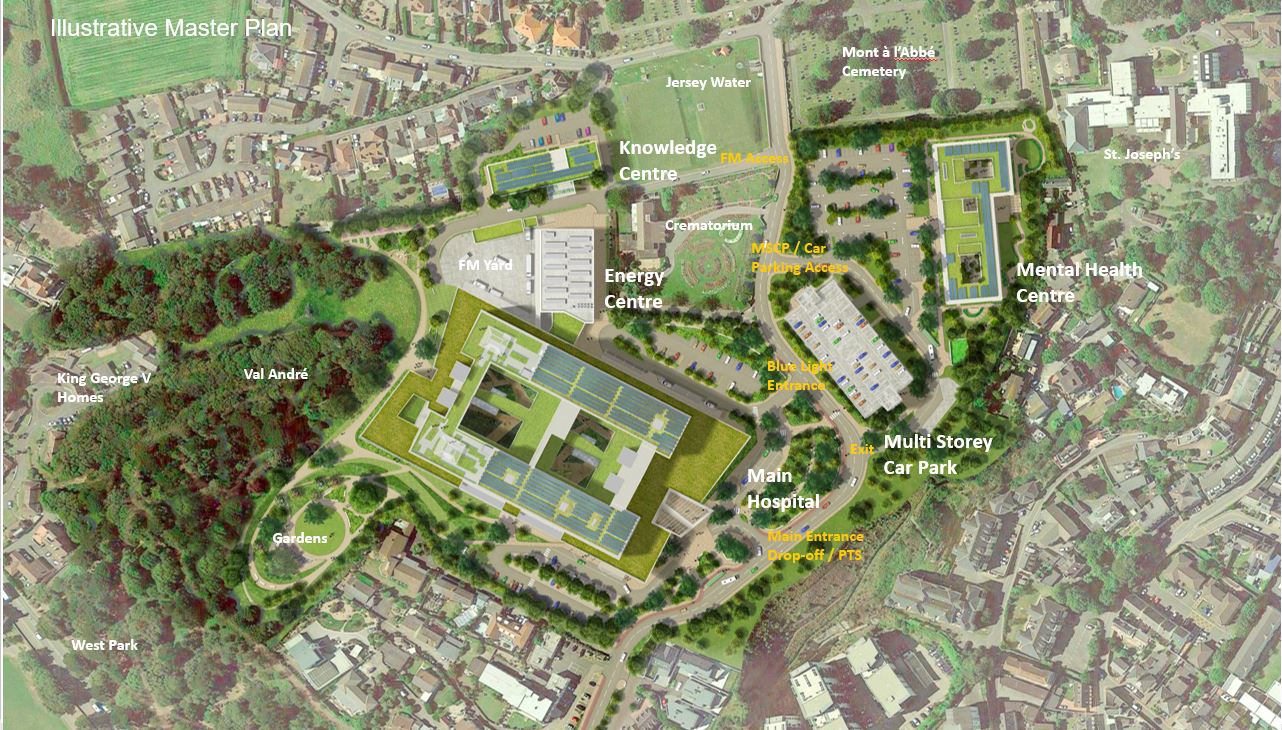 “This could impact on Le Clos Vaze, Clubley Estate, Abbotsmount, Richelieu Park, Le Mont Pelle and Mahsobra Park. The existing parking within these estates must not be used as overflow, otherwise this will result in significant parking issues for residents who live in these estates resulting in complaints to the parish.”

Referring to the 150 bike spaces around the campus, the Roads Committee says this “seems to be very low” and asks to see the analysis on which this number was reached. It adds that the project team should consider adding to the 50 motorcycle spaces and include some electric charging points.

The Committee asks that the “intended” plan to run a bus every 15 minutes from town becomes a firm commitment. It also stresses that the bus service must suit staff shift patterns, or there needs to be a dedicated staff shuttle bus service.

It adds: “The Government has committed to the Climate Emergency and should be leading the way by investing in alternative modes of transport to entice people out of the motor car.

“This development as being the biggest capital project that Jersey has undertaken should be the ‘flagship’ demonstrating how the mode of travel can be changed successfully.”

The Committee says it welcomes the provision of 2m pavements on the ‘Active Travel Corridor’; however, it calls for adequate signage to keep cyclists and pedestrians separated.

The Roads Committee thinks the area of roads that has been studied should be expanded. When it comes to cycle routes, it points out that the only segregated cycle lane on Westmount Road goes uphill.

“The proposed downhill cycle path not being segregated round the bends is positively dangerous,” it notes, adding: “The Committee feels that this will not encourage cycling and raises concerns as there should be a dedicated cycle route for southbound cyclists.

“It is recommended that the dedicated northbound cycle route be shared for cyclists southbound or alternatively the project team introduce / investigate a dedicated southbound route.

It notes: “Access to the existing Overdale Hospital currently allows unhindered access via Tower Road. There have been no issues with this junction and therefore the Committee does not support or approve any changes on Tower Road which is a Parish by-road.

“The Committee is of the strong view that introducing this prohibition will result in more traffic onto St. John’s Road, Queen’s Road and subsequently adding to the already congested Cheapside to access the Hospital site and will disadvantage residents on Tower Road having to take a long detour to attend hospital appointments.”

The Roads Committee says it welcomes the proposed pedestrian improvements to St. Aubin’s Road, Peirson Road and Cheapside, although it believes that some of the commitments are “vague” and need to be firmed up.

The Committee notes that, after reviewing the plans to plant around 850 trees, they “seem to show” all new trees will be around the campus and there will be no net gain on parish-owned land. It says: “Parish lost trees should be replaced on Parish land with the location, species and age of replacement trees to be agreed with the Parish.”

The Roads Committee says it is aware that the Government wants to compulsorily purchase areas of Victoria Park, between the old Inn on the Park and the Grand Hotel, which will result in granite walls around the park being demolished. 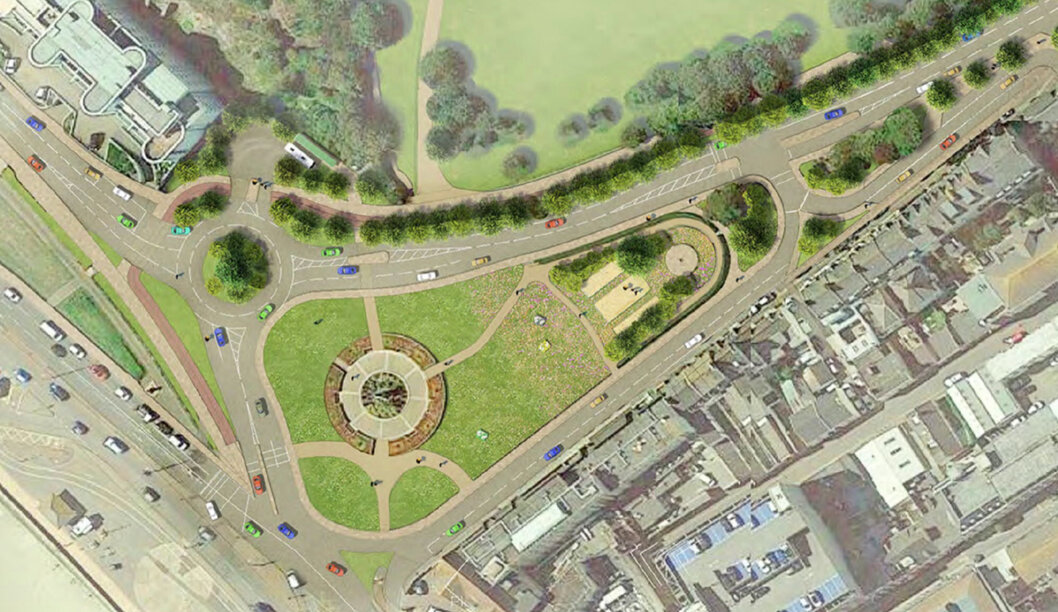 Pictured: The Our Hospital plans included changes to Victoria Park, including moving the three pétanque terrains.

It wants to see more details drawings of the redesigned park and says the Our Hospital project team may need to submit another planning application for adjustments to the Listed area.

It notes that drawings it has seen suggest that a Listed substation by the public toilets will be demolished, which the committee does not support.

It adds that the Parish has not agreed to three pétanque courts at the eastern end of Victoria Park moving west further into green space, as drawings suggest. The Roads Committee says it opposes this move.

The current car parking along the bottom of the park will become an ‘active travel corridor’ for cycling and walking. The Committee asks that the Our Hospital team works with the Parish to replace the lost parking and trees.

It also asks to see details of the proposed resettlement of the Jersey Bowling Club before any work starts. The Parish rejected a recent Government offer to buy the St. Helier-owned JBC site for £700,000 and provide £1m to move the club to Warwick Farm.

The Roads Committee wants to see all areas bordering the People’s Park remaining in Parish ownership, it wants a say in the relocation of the outdoor gym and play area, and it wants all trees lost from Parish land replaced.

The Committee also wants a guarantee that it will still be able to hold events on the park, such has the Festival of Motoring and Battle of Flowers Funfair, without interruption.

Posted by Paul Troalic on Jan 9th, 2022
Clearly there are so many problems with this site at Overdale. It's unclear to me how the Our Hospitsl Team ever thought they would get this passed without huge public opposition. Not because people are being awkward, as a new hospital is undoubtedly needed, but because of the location of the site.
Whereas it was fine for a treatment and recuperation hospital, it is far from ideal as General Hospital because of the strange access.
It is to be hoped that the Planning Inspector will take note of the comments of the POSH because they are very relevant.
The damage that the alterations will have on the surrounding infrastructure will be irreversible and catastrophic.
No government should be allowed to do something that, despite their good intentions, will affect the population in such a profound manner.
At a time when environmental issues are paramount, and acknowledged by the States, to be suggesting demolishing trees and shrubs and building a huge car park to accommodate the vehicles of staff and visitors, is disgraceful.
If they cannot be trusted to apply measures that they have instilled in law then what will they do next.
To place a comment please login Login »