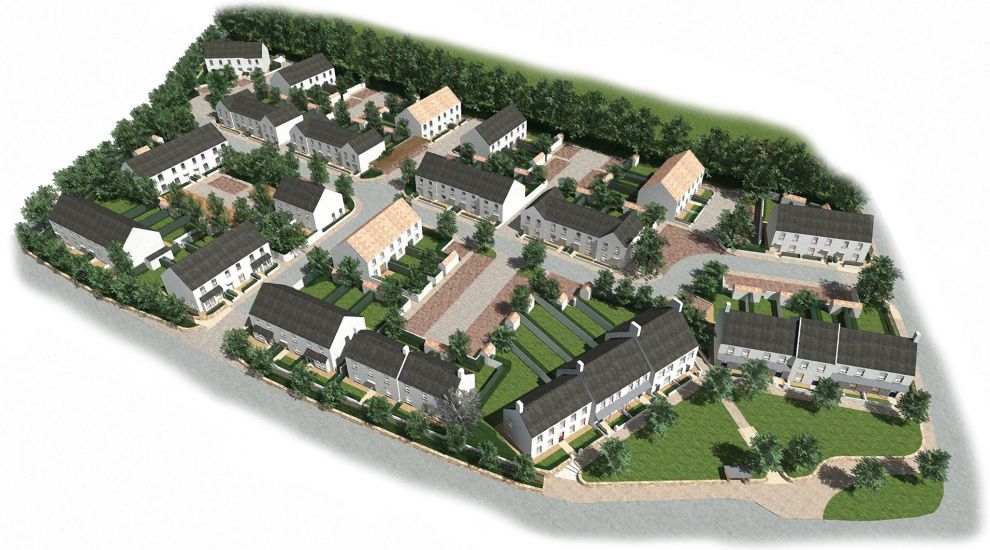 Andium Homes' plans to build 65 three-bedroomed houses in fields near the Sir George de Carteret pub in St. Peter, which were aimed at helping housing ladder newcomers, have been rejected by the Minister for the Environment to prevent "harm to the protected Green Zone."

Deputy Steve Luce said his decision was based on the "careful" consideration of an independent planning inspector’s report and recommendation and that he considered the proposal to be against the Island Plan approved by the States.

The plans to build on fields P632 and P559, which are located opposite the Sir George Carteret pub on La Route du Manoir, were submitted in September last year. The proposal was developed with St. Peter's Constable, John Refault, who worked on the project for a number of years.

They gave rise to a Public Inquiry in March, as is the case when the Minister feels that a development could have a significant effect on the interests of the whole or a substantial part of the population of Jersey or would be a significant departure from the Island Plan.

The Island Plan, which is approved by the States, is the foundation for all planning decisions in Jersey, and is underpinned by a strategy to direct new development into more built up areas, and away from the countryside (policy H6).

Independent planning inspector, Nigel McGurk, presided over the public inquiry and submitted a report to the Minister. In his report, Mr McGurk said the proposed development should not be permitted due to "substantial and significant conflict" with the Island Plan.

Pictured: The proposed location for the 65 homes.

He also said that there was not "sufficient justification" to override the provisions of the Island Plan. Andium Homes said the houses would meet an "identified need" and therefore justified departure from the Island Plan. The inspector however said: "Whilst I recognise that there is evidence of large and rapidly increasing demand for affordable first time buyer housing, I find that the provision of information to demonstrate that the proposed development responds to a specific area of demand, is not the same thing as evidence to demonstrate that the Island Plan under-provides for affordable housing."

Deputy Luce said: “I’m grateful to Mr McGurk for holding this inquiry and for his comprehensive report. It is clear that this proposal would result in harm to the protected Green Zone, contrary to the Island Plan, and undermine the Plan’s approach to spatial planning and the strategic delivery of housing. This development would harm the local character and natural environment and result in the loss of agricultural land without sufficient justification. The proposal is also premature, as work by the Strategic Housing Unit (SHU) to establish a clear and detailed understanding of the Island’s affordable housing needs has not yet been completed.”