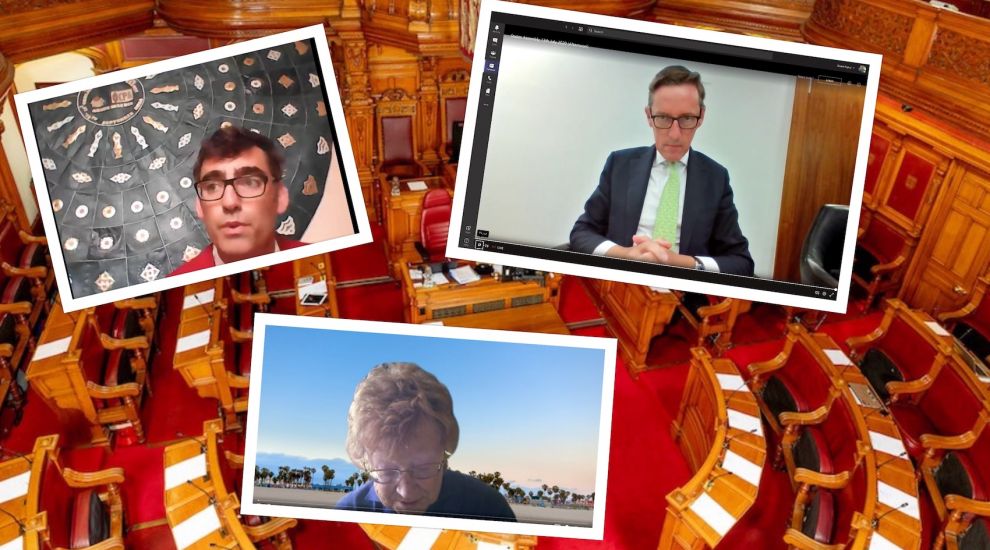 This morning marks the return of the States Assembly, as politicians and Ministers turn on their webcams and discuss Jersey’s key issues.

Hot topics such as the minimum wage, tax and the protection of parks are all on the table for debate.

But, for some, even more thrilling than this table of debate, is the opportunity to look at their actual tables.

With the States Assembly still operating virtually, it gives a unique opportunity for all that are inquisitive and prying to get a sneaky look behind their elected representatives' doors.

Here's a rundown of the home office set-ups you're likely to see featuring shots from the last round of sittings...

Behind a row of Liberation bunting is St. Saviour Deputy Kevin Pamplin’s shrine to sci-fi and fantasy. Lord of the Rings proudly takes front stage, with glimpses of Daleks, Doctors, and Jedi between the other books.

Contrasting these fantastical lands, St. Lawrence Deputy Gregory Guida seems to have the equivalent of an Atlas for a shelf, with rows of books on countries ranging from Costa Rica to China. 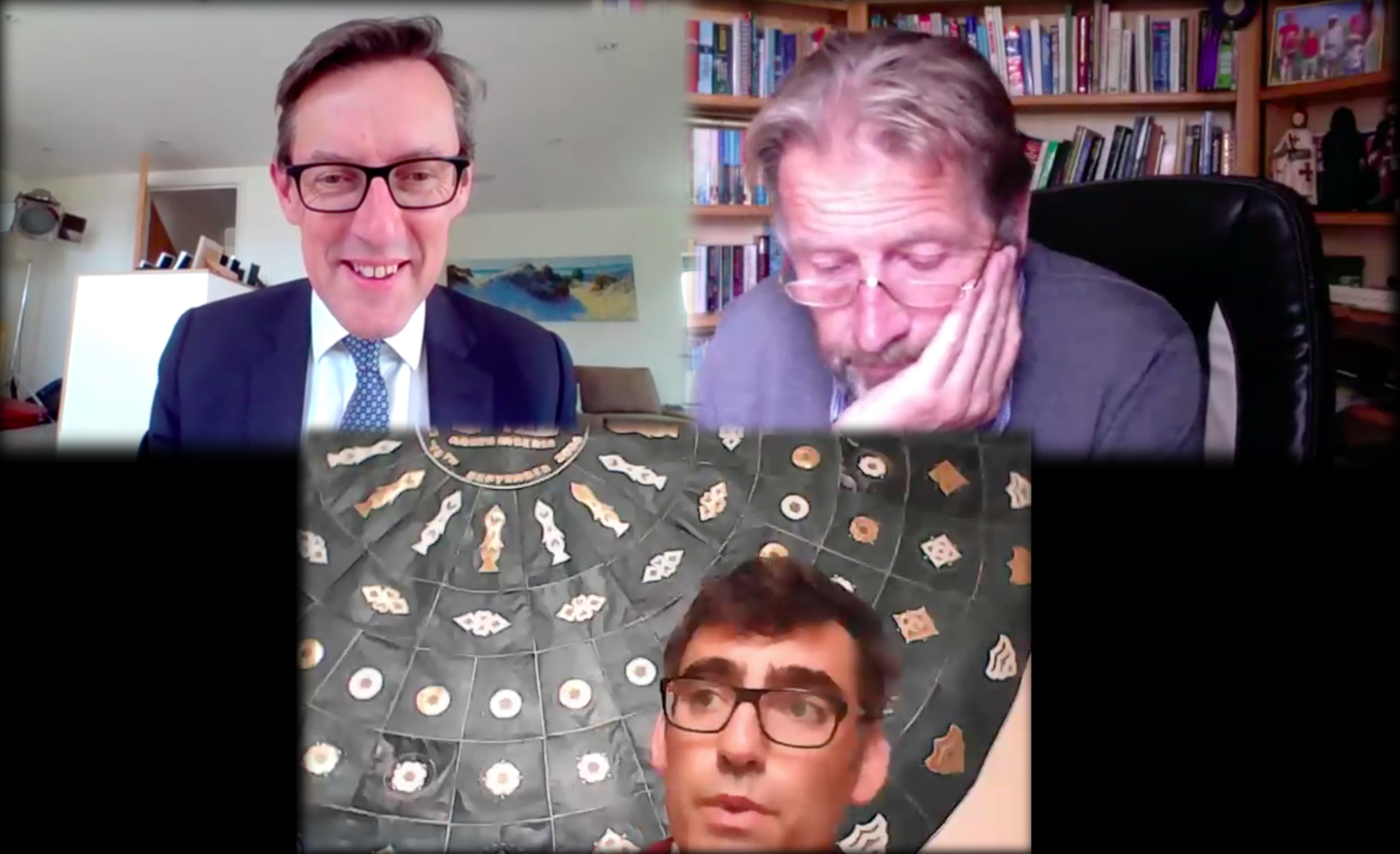 Then there are the questions that arise from certain objects.

What does Senator Gorst use the massive lighting rig just sitting in the corner of his front room for? Does the Constable of Trinity play with his English Knight action figures when his camera is off? Just what is that  on Deputy Tadier’s wall and is it used for hypnosis?

Not all States members are so keen to show off their homes, however.

For example, Senator Sarah Ferguson opted to broadcast with a virtual background of a beach that looks a long way from Jersey - you can tell from the absence of sea lettuce.

Meanwhile, St. John Deputy Trevor Pointon appears to have opted to mask his in an ethereal blur with a sinister-looking green cloud hovering above him.

(Not quite) Nigella’s kitchen 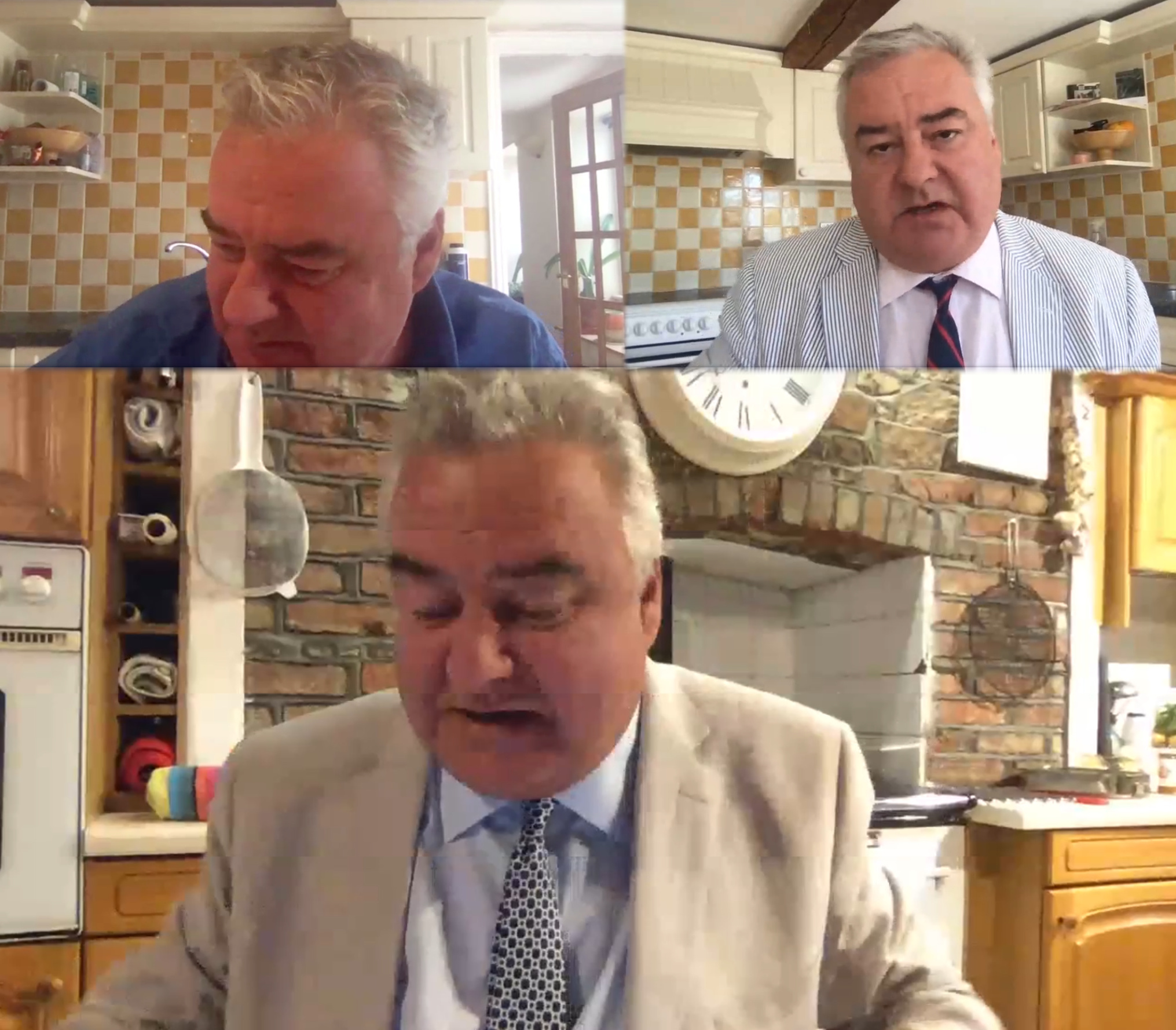 And finally – resigning ourselves to the fact that we don’t have Nigella Lawson in Jersey, we’ll have to make do with Deputy Russell Labey and the true star of all virtual States meetings – the many angles of his kitchen.

Which States Members talk the most?