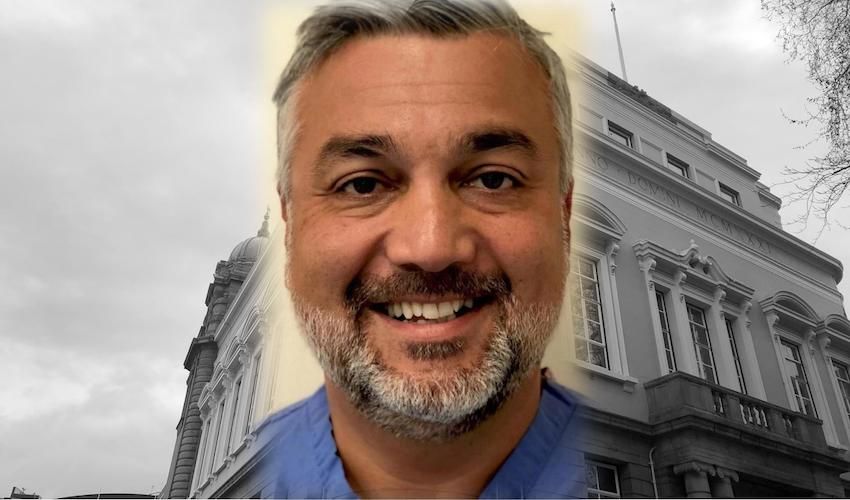 A sacked eye surgeon has seen off another challenge to whether he should keep the right to claim uncapped damages for his original dismissal from the hospital.

The States Employment Board was trying to stop Amar Alwitry from claiming unlimited compensation, after being sacked from his post at the Hospital before he even started, a decision which was ruled “invalid.”

The six year employment dispute seemingly came to a resolution this February when the Royal Court ruled in favour of the consultant ophthalmologist, finding that his dismissal was “invalid” and that there was no limit to the amount of damages he could claim as a result.

The States Employment Board (SEB) brought a legal challenge to this decision in the hopes of limiting the amount of compensation Mr Alwitry could claim to cover just his three month’s notice period, and however long it would have taken for a disciplinary process to conclude.

However, the Court of Appeal – made up of the Bailiff Sir William Bailhache, presiding, Lord Anderson KBE QC and Jonathan Crow QC – were not persuaded by the SEB’s case, which was put forward by their legal representative the Solicitor General Mark Temple.

It was the SEB’s argument that Mr Alwitry turned his back on the contract he had with the Hospital through the way he behaved in the run up to starting at the Jersey hospital.

Accusing Mr Alwitry of behaviour which was “totally corrosive” to the “mutual trust and confidence” essential to the employee-employer relationship particularly in a clinical context, the Solicitor-General maintained that his client were acting “reasonably” and “lawfully” in dismissing the surgeon.

Central to the dispute, which now dates back around six years, was concerns raised by Mr Alwitry about having to operate on patients on Friday morning for fear that they wouldn’t get sufficient aftercare over the weekend.

The Solicitor General, however, claimed that Mr Alwitry was using these “patient safety concerns” as a façade to negotiate a “timetable that suited himself” so that he could fly back on Thursday evenings to visit his wife and children in the UK who would not be joining him in Jersey until the summer of 2013.

Throughout the appeal proceedings, the Solicitor General re-ran many legal arguments that were heard during the two-week trial last year about Mr Alwitry “undermining” senior members of staff and going “behind backs” to get a more advantageous job plan for himself.

These allegations have always been denied by Mr Alwitry, and his counsel – Advocate Steven Chiddicks – made this plain during the appeal hearing.

Characterising the SEB’s legal challenge to the Royal Court judgment as attempting a “second bite of the cherry” which the Appeal Court “just shouldn’t entertain,” Advocate Chiddicks insisted that his client’s concerns about patient safety were genuine.

The Solicitor General also argued that the Royal Court – who made the original decision – applied the wrong legal test in key parts of their judgment, that their decision “airbrushes over” vast areas of Mr Alwitry’s attempts to circumvent Hospital management and that it should have made a finding about the specific reason for Mr Alwitry’s dismissal.

To this, Advocate Chiddicks did not agree that the Royal Court had made any legal mistakes – arguing that they had “authorities and principles clearly in mind” when making their decision. He also made the point that Mr Alwitry was perfectly entitled to raise the concerns he did and to have his position taken into account by his future managers.

Meanwhile, Advocate Chiddicks brought his client’s own appeal against certain aspects of the Royal Court judgment. The grounds for Mr Alwitry’s cross-appeal were as follows:

This cross-appeal was, too, dismissed by the Court and their reasons for doing so will be handed down on another occasion.

Catch up with the rest of the case...