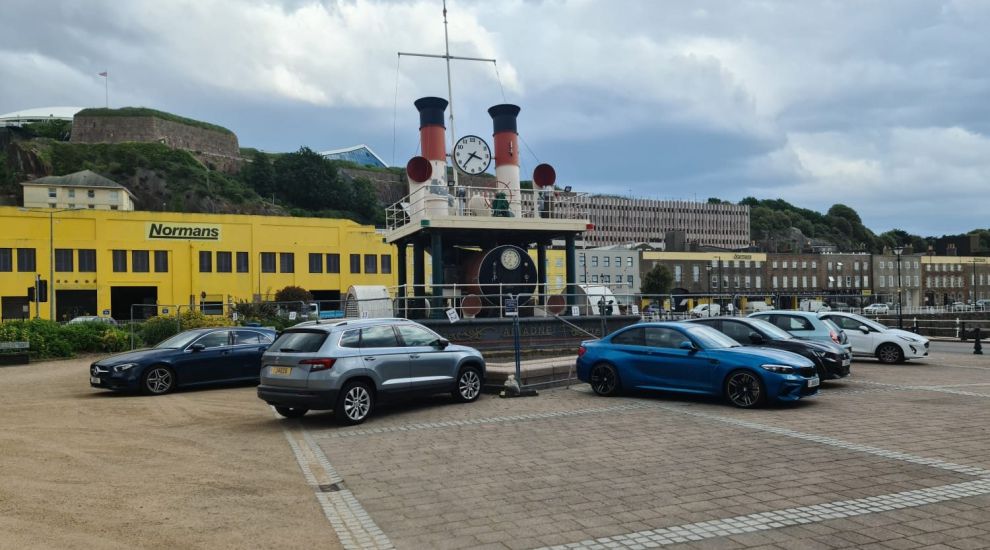 Ports of Jersey are reassuring islanders that moves to create a temporary car park around the Steam Clock are only temporary.

Some islanders raised concerns about the fate of the public area after barriers were recently erected, with signs indicating that the zone was “reserved parking for private monthly permit holders only”.

They also queried whether the parking was for Ports staff alone.

However, Ports of Jersey have since clarified that the area should return to normal use at the end of May.

A retrospective planning application has been lodged.

Pictured: St. Helier Central candidate John Baker, who runs the Jersey Action Group, was among those unhappy about the temporary car park.

A spokesperson explained: "[The Steam Clock area] is being used as a temporary car park for permit holder drivers who usually parking in spaces on the New North Quay. It's only until the refurbishment of the St. Helier Marina is completed and the New North Quay is once again made available to these permit holders.

"It is also where the contractors park their vehicles."

They added that some individuals may have been confused by the fact that the permits on display carry the Ports of Jersey logo, but confirmed that none of the vehicles belong to Ports staff, as they have their own designated parking zones, which do not include the Steam Clock area.

During the Examination in Public of the three-year 'Bridging Island Plan', Ports voiced their opposition to designating the Steam Clock as a protected site.