An Irish university student who earlier this year committed two motoring-related offences whilst working in the island has narrowly avoided being sent to prison, thanks to the swift actions of his lawyer.

Jersey Police stopped Aria Shahi on 24 July on suspicion of drink driving, but he refused to take a breath test. He was also driving without insurance.

When Shahi appeared in the Magistrate’s Court last month he admitted the two offences, but it was agreed sentencing would be postponed until various background reports had been carried out.

Despite the possibility he might not come back to Jersey, Assistant Magistrate Peter Harris released Shahi on bail so he could fly to Ireland to re-take some of the end-of-year exams he had failed.

On Friday, Shahi returned to the island and the Magistrate’s Court to hear his fate.

According to his defence Advocate Alexander English, Shahi was "a good kid that had made a one-off error of judgement" and should be treated leniently. 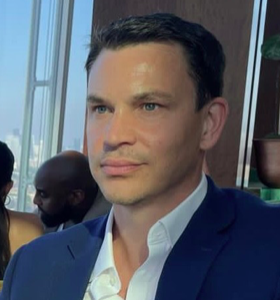 All the parties involved had wanted to give Shahi community service. This has to be done in Jersey, ruling out the possibility that Shahi could return to Ireland to do it. But with Shahi’s pending return to university in September there wasn’t enough time to set up the community service and for Shahi to complete the hours.

Another alternative suggested was for Shahi to be to come back during the Christmas break to do the work. But, the court was told the scheme is suspended over the holiday period because there aren't enough staff to administer it.

It was suggested Shahi could do the work this time next year once university was over, but this was scuppered because Shahi has a paid-work placement arranged.

The rules stipulate the community service order has to be done within a year.

A final suggestion was to give Shahi a ‘suspended sentence’, meaning if he reoffended, he would go straight to prison. But Mr Harris dismissed the idea because of the message he said it would send out that non-Jersey residents could come to the island, commit offences, and won’t be punished. "A suspended sentence would not be a punishment," Mr Harris added.

With discussions having gone on for nearly half an hour, and seemingly frustrated at the attempts being made to accommodate community service around the commitments of the accused, Mr Harris announced, "...the tail can’t wag the dog. Unless someone can come up with something quickly, regrettably I don’t see an alternative to sending this man to prison."

Although admitting it was a break in courtroom etiquette Advocate English asked if his client could be briefly excused so the two of them could chat outside. The request was granted, and about five minutes later they returned.

Advocate English told the court that to avoid going to prison his client had agreed to forego his paid work placement next summer and instead would come to Jersey to do his community service.

The court sentenced Shahi to a combined total of 100 hours for the two offences.