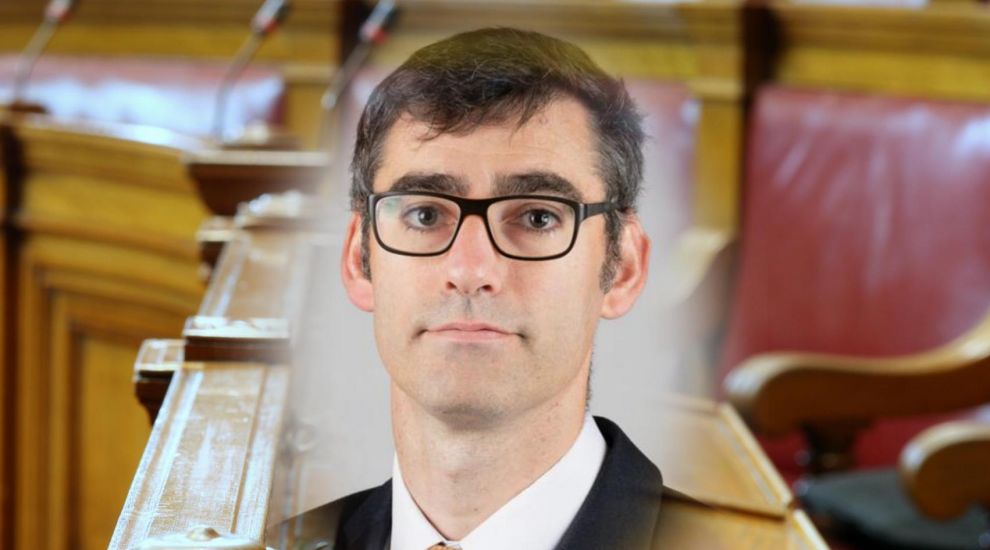 An Assistant Minister who called for a doctor to be sacked over his stance on medicinal cannabis has been found to have broken rules governing politicians' behaviour.

The finding that Deputy Montfort Tadier had broken the States Members Code of Conduct came in a report by States Assembly Complaints Commissioner Paul Kernaghan, who praised the Chief Minister for his handling of the situation.

Deputy Tadier was temporarily suspended from his role as Assistant Minister for Culture after copying Dr Chad Taylor into an email in which he suggested that the Pain Consultant “be replaced with someone who understands the science of medicinal cannabis.”

The comments followed a report in Express where Dr Taylor explained that he was “duty-bound” not to prescribe medicinal cannabis products – despite their prescription being legalised in Jersey following a successful proposition by Deputy Tadier – because there was not enough research about them and doing so would therefore be against medical guidelines.

In a subsequent investigation over whether the matter breached the States Members’ Code of Conduct, Mr Kernaghan said in a report that Deputy Tadier admitted what he had done.

Nonetheless, Mr Kernaghan noted: “It appears from his response that Deputy Tadier feels his mistake was in copying in [the Employee] to the email in which he sought support for his dismissal. If he hadn’t copied in [the Employee], but the same email had subsequently come to light, it would not have been inaccurate to describe Deputy Tadier’s actions as promoting a conspiracy to lose [the Employee] his employment.”

He added: “Deputy Tadier did apologise to [the Employee] in an e-mail dated 30/3/19. However, his apology focussed on his sending of a group e-mail to which [the Employee] was a copy recipient. He acknowledged that this was not the correct way in which to voice his ongoing concerns.” 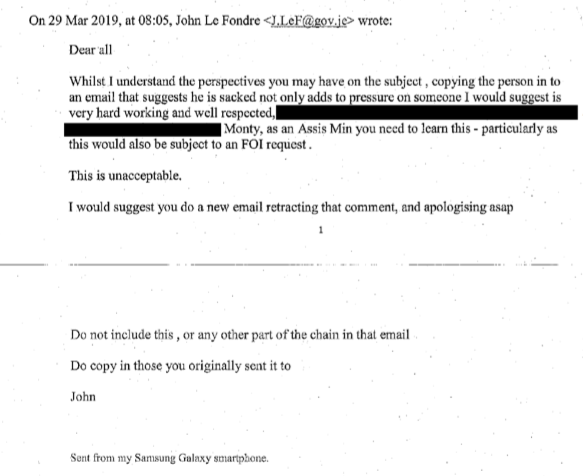 In “mitigation”, Mr Kernaghan did recognise that Deputy Tadier “feels very strongly about the prescribing of medicinal cannabis”, but said it was not right that his comments had questioned the Pain Consultant’s professional competence. He subsequently concluded that the Code of Conduct had been broken.

Concluding, he praised the Chief Minister for his response to the saga.

“The Chief Minister immediately acted when he became aware of Deputy Tadier’s e-mail, requesting a retraction and unreserved apology. He also alerted the PPC to “ask whether they feel the Assistant Minister has broken the code of conduct for Members …”. On the same date, the Chief Minister issued a public statement giving details of Deputy Tadier’s e-mail and advising that he had been suspended with immediate effect until the end of the States Sitting of the week beginning 20 May 2019. The Chief Minister’s actions pre-empted any investigation I might have made under the Ministerial Code. I do not criticise him for his actions, rather the reverse,” Mr Kernaghan explained.

“He acted to uphold the Ministerial Code and exercised political judgment in doing so. I merely highlight this aspect of the case for the information of the PPC and, indeed, of the Chief Minister. I feel the Chief Minister’s actions were appropriate and may indicate that the current arrangements require revision in the light of experience.”

Posted by John Henwood on Sep 17th, 2019
So what now? Will Deputy Tadier be sanctioned in some way? One would like to think he will have learned from this judgement that it's not alright for him to behave in such a cavalier manner, regardless of how strongly he feels about a matter. In short, it's time to grow up, leave the student politics behind and become a responsible representative of the people.
To place a comment please login Login »