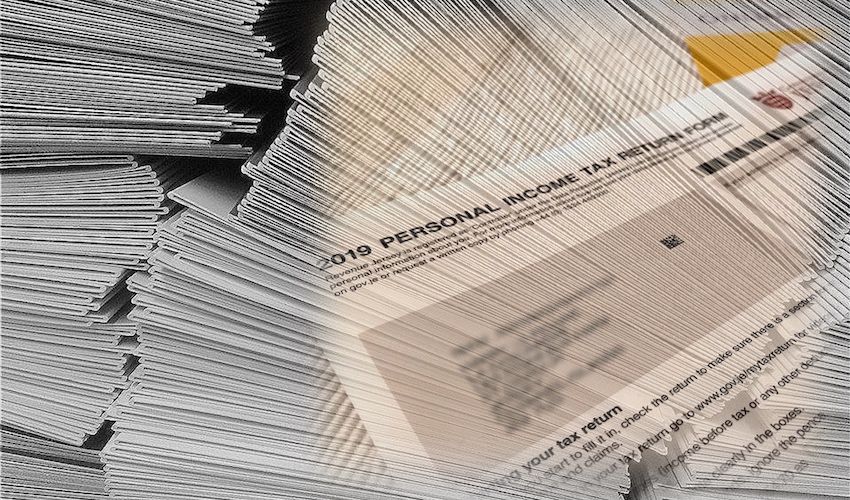 Prepaid envelopes to send back tax returns have been cut to help save the government money, while encouraging islanders to file online instead of on paper, the Comptroller of Revenue has admitted.

In previous years, an envelope addressed to the tax office was included with every return and last year saw a trial of including free post envelopes in the hope that it would encourage taxpayers to file earlier.

However, the envelope has now been scrapped altogether in the first year that online filing is possible in the island - and Revenue Jersey officials have also admitted that it forgot to include their address for those who want to file the old-fashioned way.

They have now apologised for this “oversight”.

Pictured: Revenue Jersey has decided not to include a free post envelope - or their address - in this year's batch of returns.

A statement, given to Express from Comptroller of Revenue Richard Summersgill, read: “We previously provided addressed envelopes with paper tax forms and trialled prepaid addressed envelopes last year to see if this would encourage islanders to file their taxes earlier.

“With the launch of online filing, we decided not to include an envelope, to encourage Islanders to go online instead of completing the form on paper. This also saves up to £13,500 in the cost of postage and envelopes. We accept that we should have added the postal address to the tax return form, once we decided not to include an envelope with it. This was an oversight and we apologise for the inconvenience.”

For anyone who does still want to file their tax return by post, the taxes office address is as follows:

Posted by Scott Mills on Feb 10th, 2020
Don't worry we'll get the kids who received tax forms, to return all written tax forms on their pushbikes.
To place a comment please login Login »