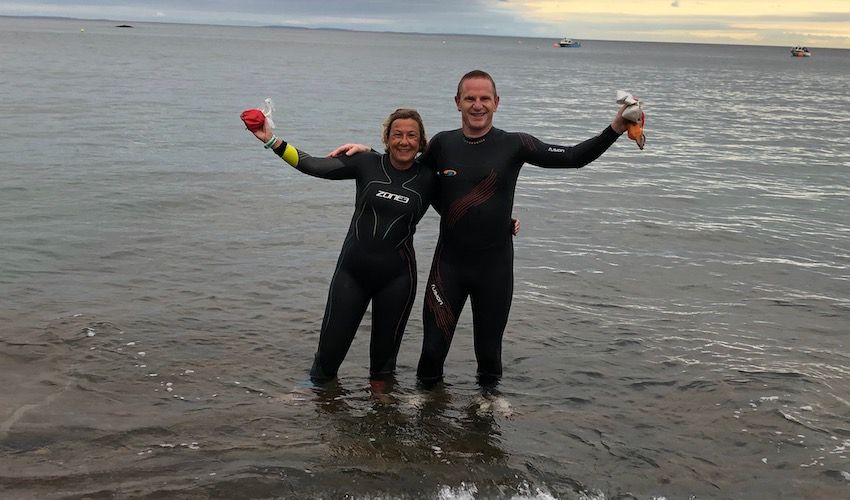 From running a school to actually running, cycling and swimming, two St. Clement’s School teachers will be ditching the classroom and tackling a triathlon to inspire their students to be more active.

Head Teacher and Deputy Head Richard Heaven (48) and Marianne Hickling (56) both signed up to take part in the Super League Triathlon's Age Group Sprint Challenge, which will see them complete a 700m swim, a 20km bike ride and a 5km run, next weekend.

Eight other members of staff from the school will be competing throughout the weekend, including in the Sprint Relay where three people work together and complete one discipline each.

Parents and pupils have also been encouraged to get involved, and it's hoped many of them will come along to cheer on their teachers. 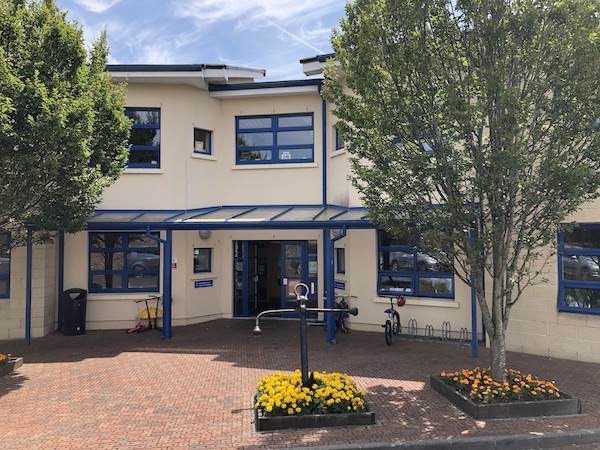 Pictured: Eight other staff from the school will be tackling the triathlon.

Neither Richard nor Marianne is completely new to triathlons. Richard competed in a variety of triathlon events, including the local Olympic distance event, between 2005 and 2008 and has since moved on to marathons and other challenges.

Five years ago, Marianne took part in the London Triathlon over the Olympic distance as well as a number of 'Try a Tri' events on the island. She also previously ran the London Marathon and completed the Serpentine two-mile swim last weekend in preparation for Super League.

Richard, whose subject specialism as a newbie teacher was PE, describes challenging himself in sporting events as "an important part of my life", adding that he tackled several mountain ascents in the Pyrenees completed as part of the Tour de France with his brother during a week’s cycling trip this summer. 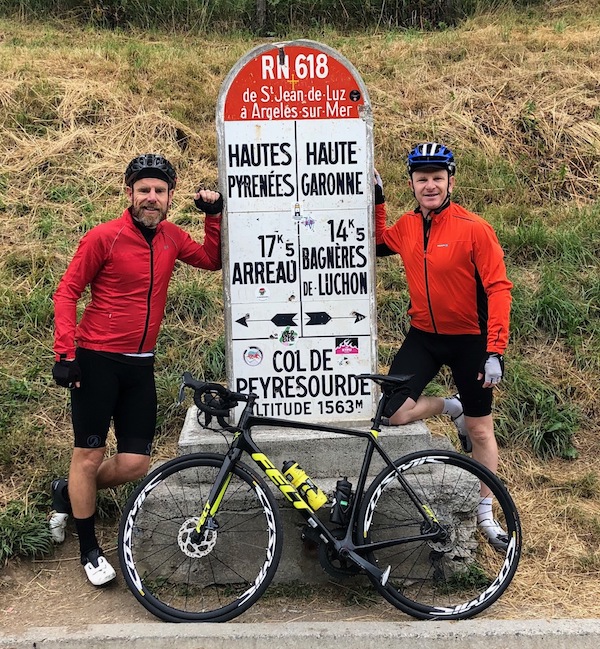 Pictured: Richard and his brother cycling in the Pyrenees.

“It was a fantastic trip and the nine months of cycle training that we completed in Jersey as part of the build-up was certainly useful. I am hoping that the training will come in handy for the triathlon now as well!”

“I have always been sporty at a school level, particularly in netball,” Marianne adds. “As an older woman I still enjoy keeping fit and participating in different sports and challenges.”

Marianne’s own summer adventures, which included a trip to Singapore, inspired her to push herself even more. “I saw lots of older people maintaining their physical and mental fitness in a variety of ways,” she said. “I found this experience motivated me, as an older athlete, even more in recent weeks.” 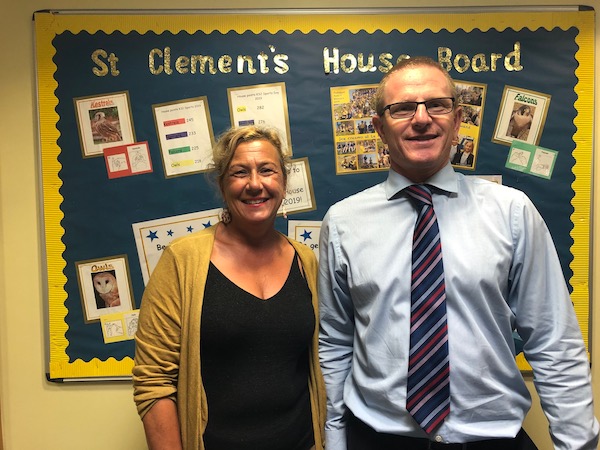 Pictured: Marianne and Richard hope to inspire their pupils to be healthier and more active.

The pair have been prepping for the event together as well as on their own. Richard has been trying to build in up to four training sessions per week, combined with ‘brick’ sessions of cycling and running amongst sea swims of varying distances.

“I have found the running quite physically tough and the swimming more mentally challenging – swimming past large jellyfish plays with the mind!” he admitted.

Marianne has also found the running quite tricky, even though she ran at competitive level in cross country events as a teenager.

“The sea swimming sessions have been my favourite,” she said. “The sea has been so warm recently that I have enjoyed swimming without a wetsuit.”

By participating in the Super League triathlon, the pair hopes to inspire the pupils at their school to be healthier and more active. They have been using the Super League as a way to promote the ‘Live Healthy Lives’ section of the new Children and Young People’s Plan.

In addition to reviewing what it does around healthy eating and exercise, St. Clement’s School incorporated the Super League Triathlon into its curriculum in September. In English lessons, pupils have been asked to create welcome packs for the athletes. In Science they have been investigating heart rates and the impact of exercise on the body, including recovery rates.

They will also be receiving a visit from some of the athletes, which Mr Heaven hopes will be a “really inspirational and exciting way to engage with our pupils and encourage them to embrace an active and healthy lifestyle at whatever level works for them.”

“Both myself and my Deputy Head recognise how important it is to be excellent role models to our school pupils and so we have both decided to ‘Aim High’ with the triathlon as we always encourage our children to do the same,” Richard added.

Marianne said: “Once I heard that the Super League athletes were coming into school, I felt it was important to show the children that anybody can achieve a sporting challenge of this nature."