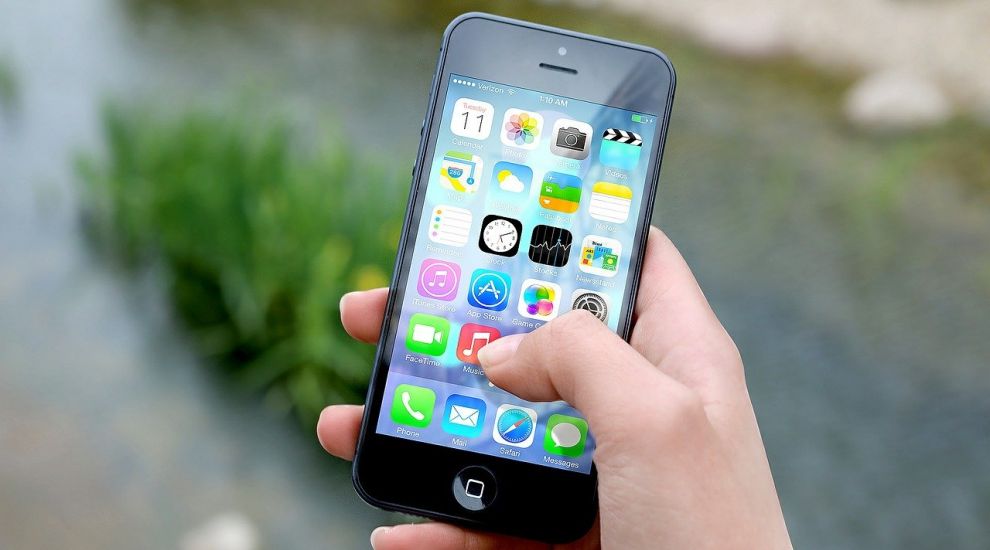 Allegations by Guernsey’s competition watchdog that two telecoms firms struck a secret deal to prevent competition have been branded “incorrect” and “border[ing] on the nonsensical” by those in the firing line.

An investigation by the GCRA concluded in its provisional findings that JT agreed that it would pull out of operating 4G and future 5G mobile networks in Guernsey, if Sure agreed to do the same in Jersey.

"This agreement to trade mobile network infrastructure would have given each of JT and Sure a far stronger position as mobile network providers in their home island achieved not by fair and open competition but through a secret anti-competitive arrangement," the regulator asserted.

The approach as in stark contrast to Jersey’s competition watchdog, which just weeks earlier dropped its investigation into the two companies, with JT and Sure accepting they were wrong to discuss a 5G network-sharing deal. 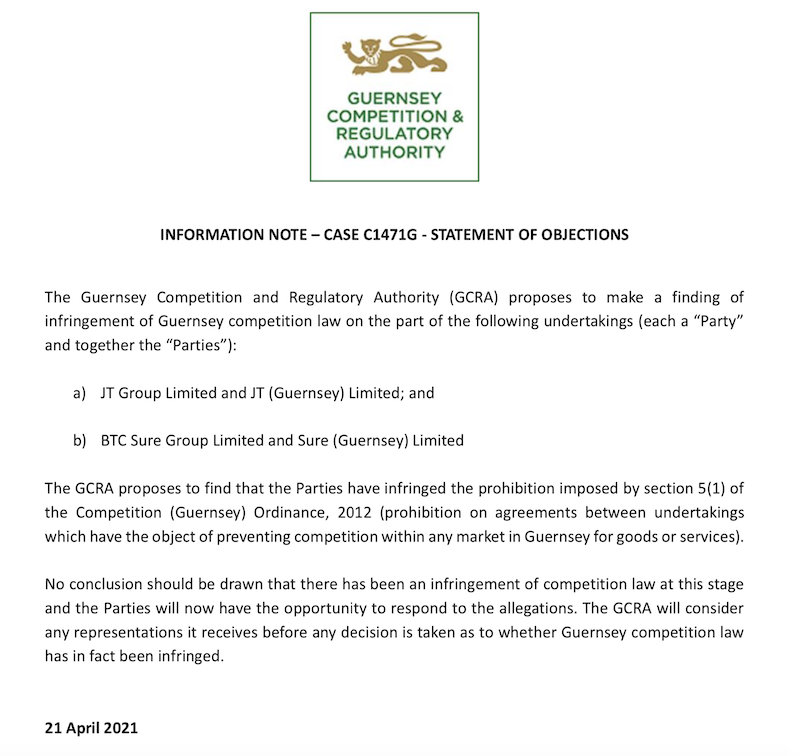 Pictured: The information note published on the Guernsey Competition and Regulatory Authority's website.

Both companies have since hit back at the findings from the GCRA, which was set up after the pan-island regulator CICRA abruptly broke up last year.

Sure said the GCRA’s statement was “wholly at odds with the regulator's own request that the telecoms operators should enter into discussions."

“To suggest, as the GCRA has done, that Sure conducted a secret set of discussions with JT and had agreed to withdraw from the Jersey market, borders on the nonsensical; it makes no commercial sense," said Acting Group CEO Alastair Beak.

“We are committed to the islands we operate in and the customers we serve and therefore look forward to being able to clear our name, in court if need be.”

"We will continue to co-operate fully with their investigation, ahead of their decision being finalised. For the record, JT has repeatedly demonstrated its appetite to compete legally, ethically and fairly across the Channel Islands, and that’s exactly what we will continue to do."