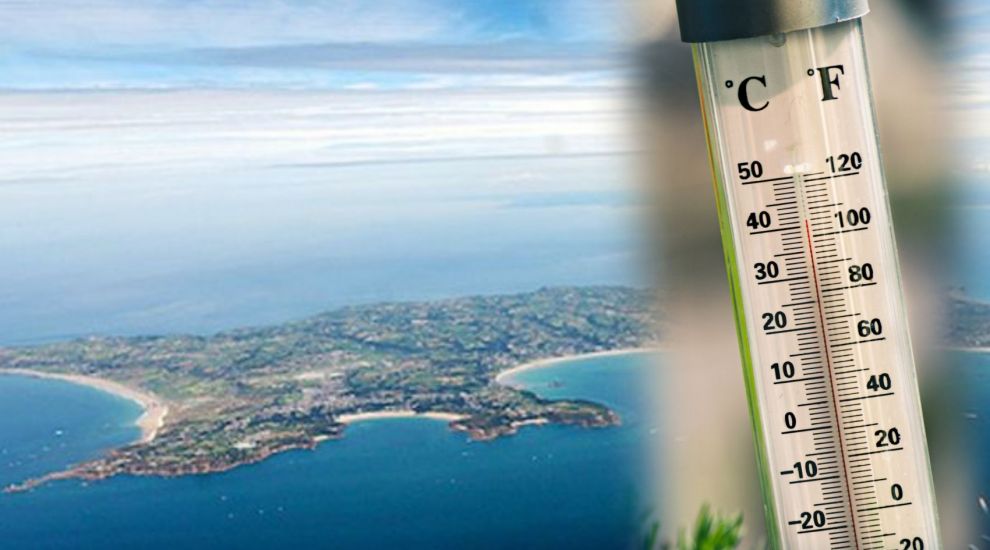 New figures suggest that despite the recent wet and windy weather, the island has been steadily heating up over the last decade, with the average annual temperature last year 1.7 degrees celsius higher than the one recorded in 2010.

In 2010, the average temperature for the year was 11.5 degrees according to the Energy Trend report compiled by Statistics Jersey. 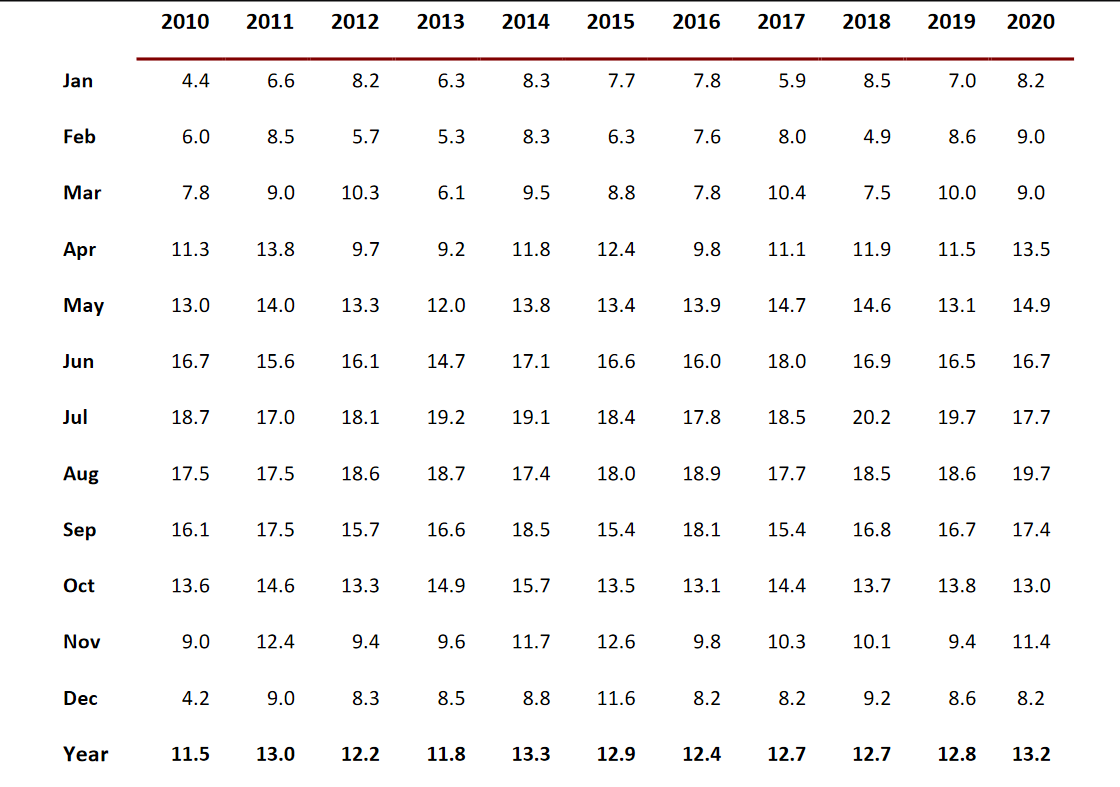 Pictured: The average temperatures over the last decade. (Statistics Jersey)

All other years in the decade recorded higher average temperatures than 2010.

According to Government statistics, the highest maximum air temperature recorded during 2020 was 35.3°C on 7 August, the fourth hottest day in the island since records began.

The wettest day of the year was 11 June with 38.6mm of precipitation recorded while December 2020 became the second wettest on record with a total rainfall of 259.4mm.

The biggest differences in temperatures between the beginning of the previous decade and the one we are now in were recorded in winter months. In December 2020, the average temperature was of 8.2°C, twice as much as the one recorded in 2010, 4.2°C.

Meanwhile, the average temperature for June 2020 was the same as a decade ago, 16.7. 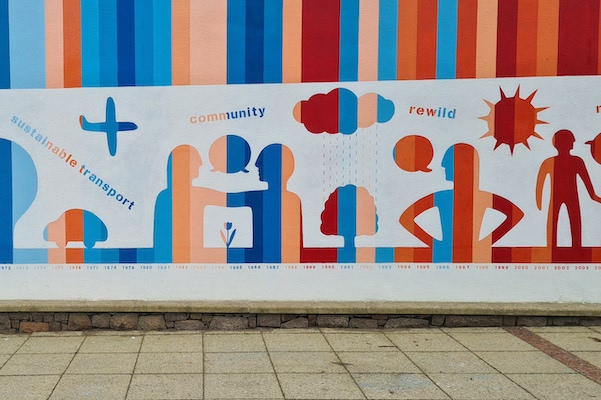 Based on an idea developed by Professor Ed Hawkins, MBE, the 'Climate Stripes for Jersey' has 126 stripes, each representing one year from 1894 through to 2019 and coloured depending on how much cooler or warmer the annual average air temperature was that year, compared to the 30-year average air temperature between 1971 and 2000 (11.8°C).

Displayed on a wall by the underpass in St Helier, the mural was revamped earlier this year with the message "time is running out" and symbols linked to climate change after it became the target of vandals sometime between Christmas and Boxing Day when climate change denying messages were painted over the stripes in bright orange paint.

Posted by Svante Arrhenius on Aug 12th, 2021
I don't understand why the headline to this article says 2 degrees temperature rise when the actual figure is 1.7 degrees? Indeed, it would have been more accurate if she had said 1.5 degrees.

But here is the interesting bit, which the met office will know, but which isn't in this article.

So far this year, up to and including July 21, temperatures are 1.4 degrees cooler than in 2020.
Given that the real increase is 1.7 and not 2, we can see that our temps have increased by 0.3 degrees at most to July 21. So far, Aug is not looking above average either.

The next thing to understand is that 2010 was a particularly cold year. You have to go back to 1996 to find a cooler one.
Look at the table in the article. If they had started counting in 2011 instead of 2010, the increase would have been 0.2 degrees, not 1.7 degrees....let alone the 2 degrees mentioned at the start of the article.

The comment about there having been 3 years where temps have been over 13 degrees is also misleading. 2014 was indeed a warm year, at 13.34 degrees, but the other year mentioned was 2011, when the temperature was actually 12.96. Technically, 2011 did not hit 13 degrees.

Not so alarming is it?
All the above are official data.
The public should be wary of being drawn in by media commentary on the subject of climate change. Remember to apply some critical thought before becoming too alarmed.

The headline should read "Little if any statistical warming in Jersey over the last 10 years"
By January 2022, when the 2021 official figures are released, the comment will be irrefutable.
To place a comment please login Login »