Toddler among rescued from “struggling” motorboat 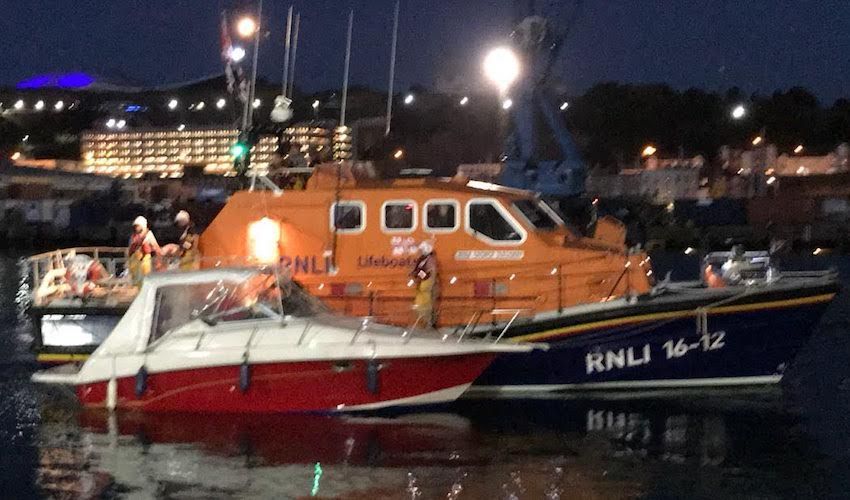 Toddler among rescued from “struggling” motorboat

A toddler was among those rescued from a boat that suddenly lost power this weekend in a dramatic lifeboat launch that interrupted a traditional ceremony involving prayers for a safe season at sea.

RNLI rescuers gave their apologies to the Rector and St. Brelade’s Parish Church congregation as they fled the annual ‘Blessing of the Boats’ event at St. Aubin’s Harbour.

Prompted by an emergency request from the Coastguard, they were called to the South-East of Jersey to rescue a motorboat struggling with no power.

Pictured: The RNLI team at the blessing ceremony.

The boat, which had five passengers including a toddler, was already being towed by another, but both were finding it hard to progress.

“Whilst the conditions were good with a low swell, the spring tide was still flooding and the boats were struggling to punch against the current,” an RNLI spokesperson recalled. 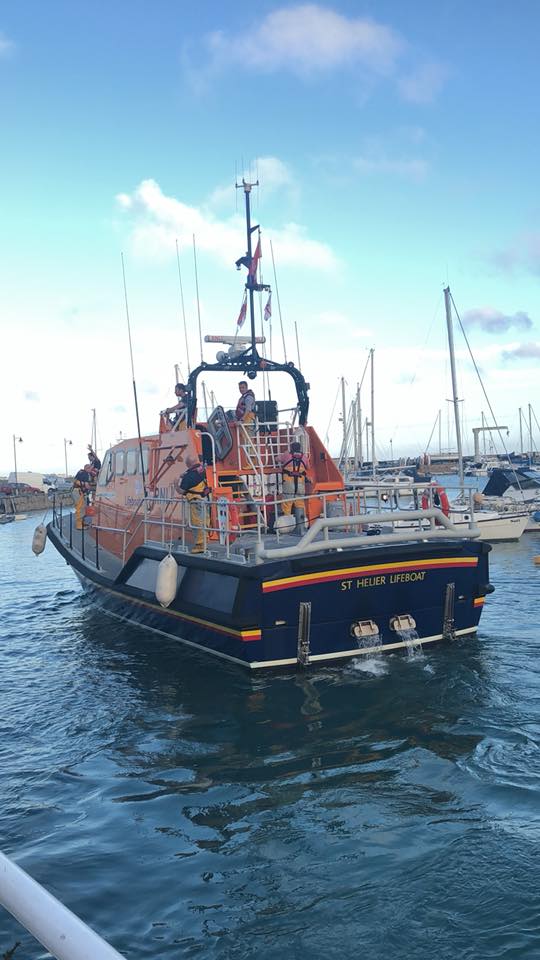 Pictured: RNLI staff had to leave the ceremony to help.

Officials on board the all-weather lifeboat then stepped in to help the “casualty vessel”, and take it back to St. Helier. No one was harmed in the process.

“The all-weather lifeboat was then refuelled and prepared for her next service.”