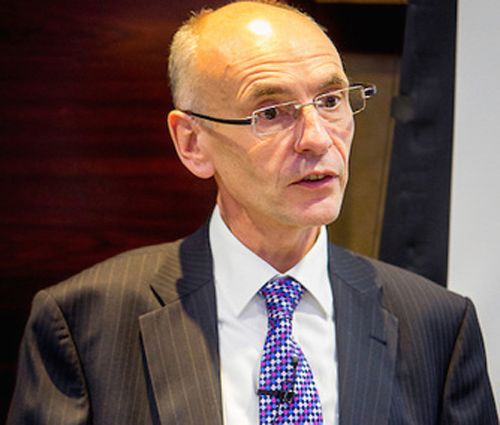 The jobs of Jersey’s chief civil servant and the States’ top directors for finance, HR or IT were not advertised or opened up to applicants not already working for the government.

The States have confirmed that the positions of all four men – Chief Executive John Richardson, Treasurer of the States Richard Bell, HR Director Richard Stevens and IT Director Ian Webb – were filled from within the organisation, without advertising them or looking for external candidates.

The States Employment Board (which made up of politicians who oversee HR matters) and the independent Jersey Appointments Commission ratified all four appointments.

The information was revealed in response to a Freedom of Information Law request.

The response states only that Mr Richardson and Mr Bell are paid at “chief officer grade”, and that Mr Stevens and Mr Webb are paid at the “A grade." Those pay grades – which sit outside the main civil service pay structure – are not published, but are above the highest standard civil service grade, which tops out at £87,202 per year.

The response from the States HR department was as follows:

Q. For what specific reasons was the decision taken to not look outside the organisation for people to fill each of these senior roles?

A. It was considered that there were suitable internal candidates, a judgment that was endorsed by the Jersey Appointments Commission.

Q. Under what circumstances is it best to fill a senior position from inside the organisation?

A. It is sensible to fill internally where you have candidates who have the quality, experience and skill set required.

Q. Under what circumstances is it best to fill a senior position from outside of the organisation?

A. We look outside the organisation when it is necessary to attract new skills or different experiences which reflect the changing needs of the organisation. Occasionally we will go outside when we wish to bench mark our internal candidates.

Q. Notwithstanding that the decision to look internally in these four cases was later approved and ratified by the SEB and JAC, who took the decision in the first place?

A. Decisions on senior appointments are made by the SEB based on recommendations made by the relevant line manager of the posts. In these cases the relevant roles involved will have been the Chief Minister, the Chief Executive, the HR Director.

Q. Does the decision in these four cases to look internally represent a shift in policy away from looking outside of the organisation to fill key roles?

A. The policy has not changed, we will always look for the best candidates available and select on the basis of merit.

Posted by Terence RogerTanner68 on Jun 9th, 2015
I have no problem with internal promoting if they are good enough to try for the job then go for it to much looking outside the island and we have a bloody car crash within the States keep it local keep it clean is all I have to say.
To place a comment please login Login »