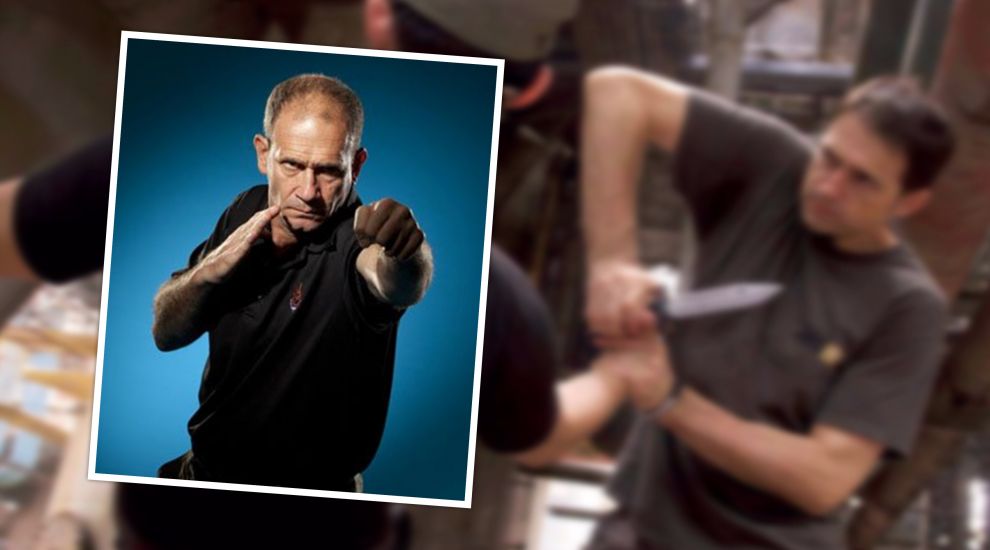 The world's highest ranked master of Krav Maga will be hitting Jersey to share the secrets of self-defence with islanders.

Eyal Yanilov, the head of the Krav Maga Global (KMG) organisation, who learned from the self-defence system's founder, will be in the island on 19 May.

On the invitation of Jersey Krav Maga (JKM), he'll be teaching a three-hour seminar to those wishing to discover more about self-defence as well as students wishing to learn from the master himself.

JKM was founded two years ago by Chief Instructor Richard Collett, who discovered the discipline nearly a decade ago. 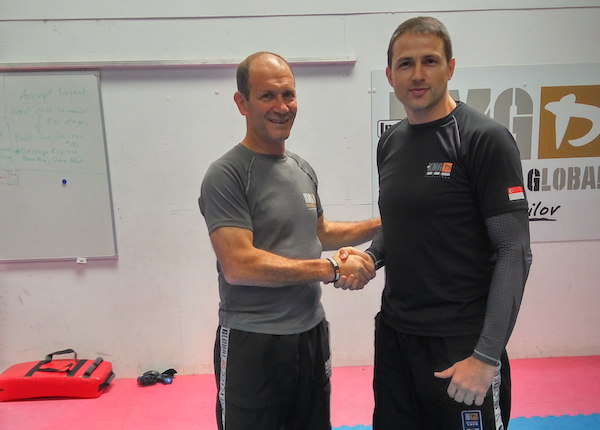 At the time, Richard was living in China and looking for “something like kung fu."

“Traditional martial arts take up about 20 years to master, it was not really applicable to me as I was in my 30s at the time,” he explained.

Having heard of Krav Maga, Richard, who had a background as a boxer and kickboxer, eventually found a class and started learning the self defence system in Beijing. Five years ago, he qualified as an instructor and has been teaching ever since, while also training regularly in Israel.

After moving to Jersey, Richard opened Jersey Krav Maga in February 2018. So far, over 200 students have learned from the school. 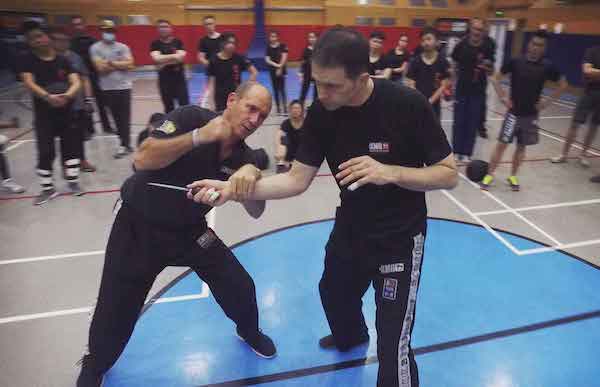 Pictured: Richard Collett training with Eyal Yanilov in China in 2017.

Richard, who has always been involved in high-level sports, said the transition from student to instructor felt “natural”.

“I enjoyed Krav Maga, I was good at it and putting a lot of effort into it, it was a logical step,” he explained. “My own head instructor put my name forward as instructor. It was not me making the decision, it was someone else suggesting it to me.”

“We are all about hands-on physical training, trying to recreate stressful and quite often violent situations,” he explained. “If you have someone who is a stranger walk up to you and shove you and try to punch you in the face, it’s hard to deal with the situation unless you have trained.

“In Judo, for example… you win by scoring points. In a violent situation, there are no points, no referees, you have to deal with the situation yourself.”

Krav Maga combines stress training, grappling, wrestling as well as boxing. At JKM there are classes for adults, women – “who face different problems and threats” as Richard says – and kids.

Students are welcome to join Eyal Yanilov’s seminar, but the three-hour event will also be open to those wishing to discover more about self-defence. It is also open to students of other martial arts who are curious about Krav Maga.

The seminar will consist of a training session during which Mr Yanilov will be demonstrating working techniques and skills. With only limited spaces and half of the tickets sold, Richard is urging anyone interested to get in touch soon to get a ticket - £50 per person.

“It’s going to be amazing,” Richard, who has had the opportunity to train with Eyal, said.

“He is the top rank Krav Maga master in the world and he is the top student of the founder of krav maga (Imi-Sde Or). He is a really nice guy, really humble and really good at what he does.

“It does not happen very often in Jersey for the number one guy of any sport to be there. It’s an amazing opportunity to see what Krav Maga is.”