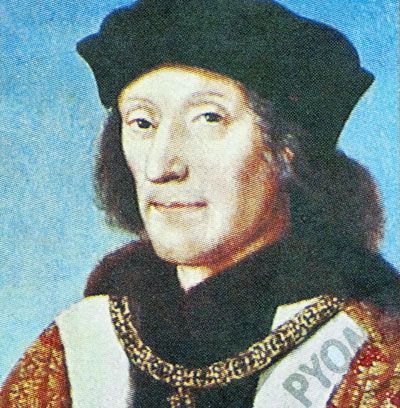 Ancient laws approved by King Henry VII more than 500 years ago could be overturned when the States are asked to change the laws on treason next month.

A committee that has responsibility for advising ministers on laws has found that Orders in Council signed by Henry VII in 1494 and 1495 gave Jersey the power to run its own criminal courts, except in cases of treason. The King signed the Orders in between his other work - mostly rebuilding a country split by the Wars of the Roses and fighting off pretenders to the throne.

Although prosecutions for treason are not that likely, the committee says that the law should be updated. During the States sitting due to start on 29 April, the States will be asked to approve the Draft Treason (Jersey) Law 201-, which updates the old legislation and creates a new offence that can be dealt with by the Royal Court and which carries a maximum sentence of life in prison.

The quirk in the rules that says Jersey cannot currently deal with treason cases does not apply to Scotland, the Isle of Man, or even Guernsey – all of which are allowed to deal with traitors in their own courts.

Chief Minister Ian Gorst tabled the new proposals yesterday, ahead of debate next month. Henry VII was unavailable for comment this morning.