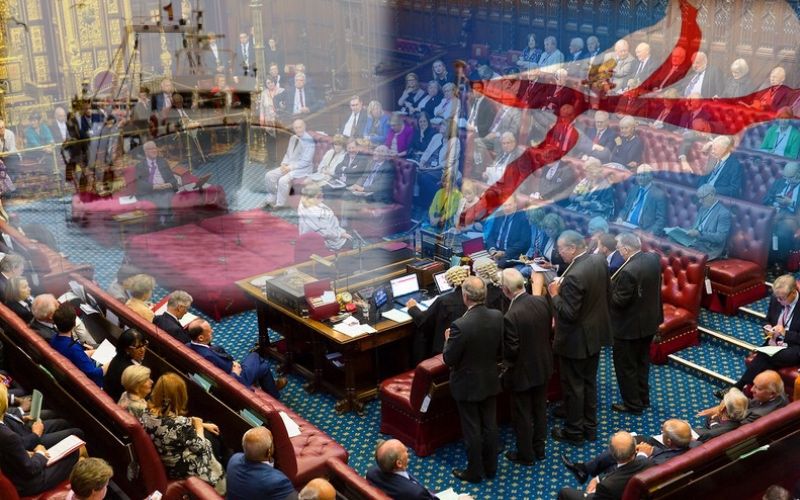 The UK has moved a step closer to being able to legislate for Jersey without the island's consent - despite vigorous defences from a number of Lords.

The UK Fisheries Bill, which establishes the UK's position on fishing within its territorial waters post-Brexit and includes a controversial clause allowing the UK Government to legislate on Jersey’s behalf, cleared the House of Lords yesterday.

During the debate, the UK Government defended its decision to include a ‘permissive extent clause’ in the Bill, which allows it to write laws forcing the Crown Dependencies to toe the Westminster line on international treaties.

The surprise inclusion of this PEC, without any consultation, has been fiercely criticised by the governments of Jersey and Guernsey, who regard it unconstitutional and unnecessary.

There is no reason to extend parts of the UK Fisheries Bill to Jersey. The inclusion of a Permissive Extent Clause is unwanted and completely unnecessary. Jersey remains in full control of its fisheries legislation and territorial waters. pic.twitter.com/Xx9dPZAhzi

Yesterday, Lord Beith - who led a review of the Crown Dependencies in 2010 and 2014 when he was a member of the Justice Select Committee - attempted to have the controversial PEC amendment removed from the law, but he withdrew his own amendment when it became clear the Government would not back down.

However, he made his decision after a number of Lords had spoken in defence of the Crown Dependencies, most strongly criticising the Government - which was represented in the Lords by the Minister for Rural Affairs, Lord Gardiner of Kimble - for adding the PEC into the Bill, at one of the last stages of its reading.

Lord Beith said: “The Minister has not accepted good advice but, at such a late stage, in the face of Commons acceptance of the clause, our options are limited, and I do not think a vote would be helpful.

“I can only hope that the very severe response from experienced and knowledgeable Members of this House has made clear to Ministers that on no account should they make use of these powers without having obtained the consent of the Crown Dependencies to do so. They would face a very serious reaction if they were to attempt such a course without consent.” 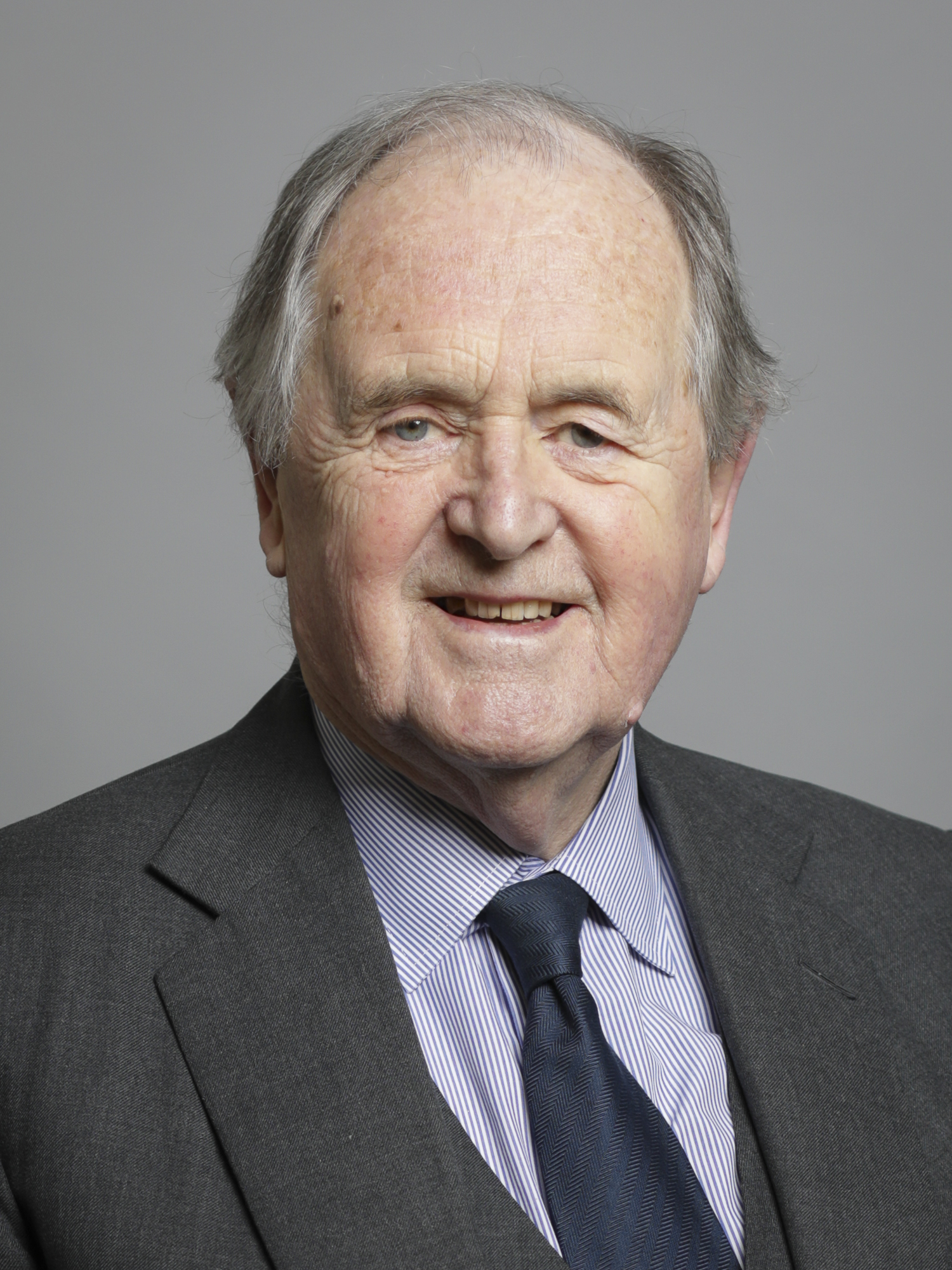 Pictured: Lord Beith, attempted to have the controversial PEC removed from the law, but later withdrew his own amendment.

For the Government, Lord Gardiner said the PEC would only be used as a last resort following consultation, which he added would be improved by the creation of a new committee with the Crown Dependencies, established by Fisheries Minister Victoria Prentis, to iron out any differences before a PEC would have to be enacted.

However, his Lordship had no answer to give when challenged on the fact that the Crown Dependencies would have to enact the PEC first within their own domestic legislation before it could come into force. He said he would “look into the matter."

While arguing that, because of the above, the PEC would not have any impact in the Channel Islands if it wasn’t passed in the States Assemblies of either island - so would only cause a “constitutional crisis” in the UK if enacted - both Jersey and Guernsey have strongly criticised the UK Government for stepping on their sovereignty.

What they said in the debate...

“I would like to make it clear that we do not doubt the seriousness with which the Crown Dependencies treat their international obligations. They have a strong track record of fulfilling them. 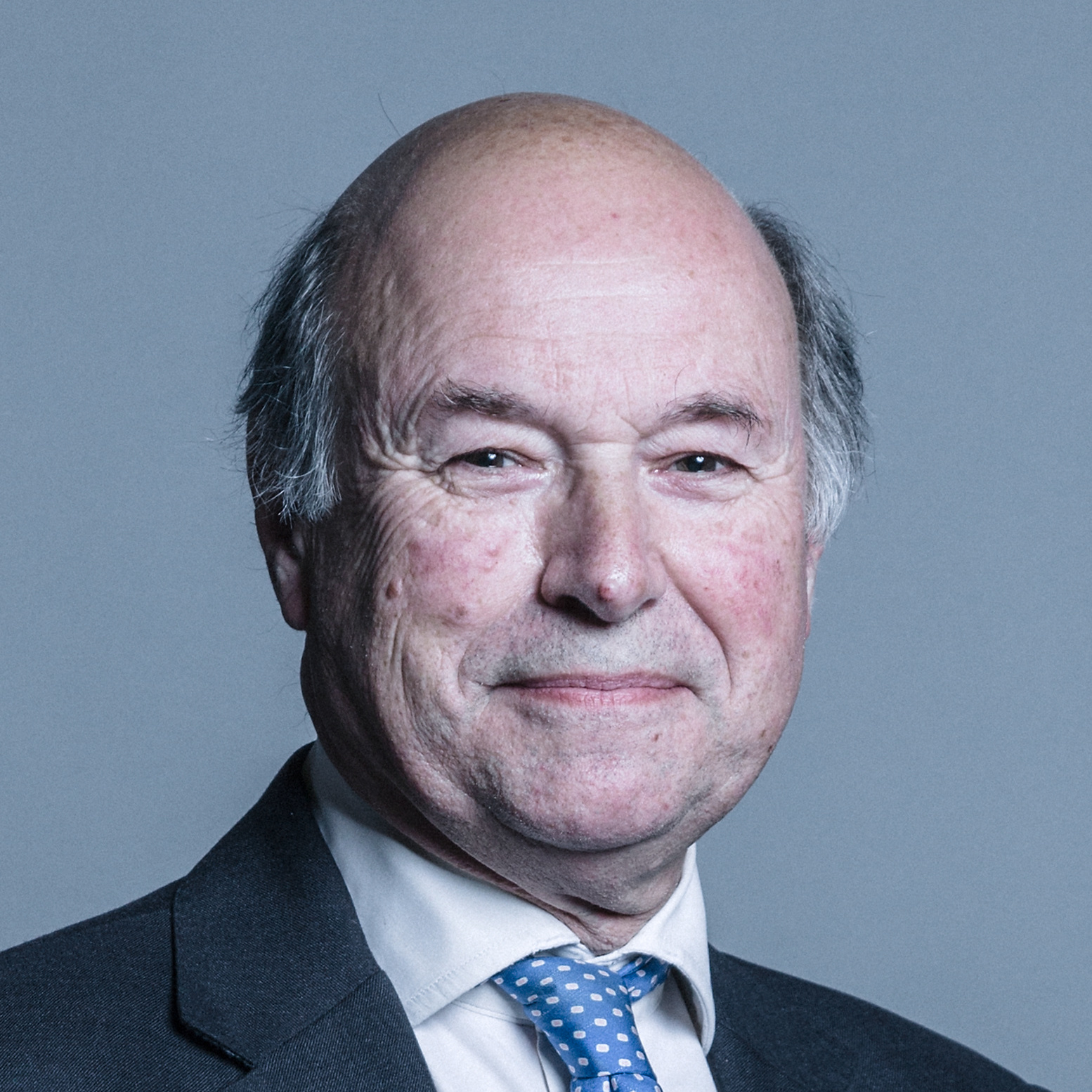 “However, one action taken by a part of the UK or any of its Crown dependencies can affect the rest. There is precedent for vessels from the British family being denied access to fisheries. Our fisheries exports could be banned from overseas markets if any part of the British family were considered not to be upholding its international obligations to fish legally and sustainably. We do not have any specific concerns where we envisage the use of the permissive extent clause at present. Nevertheless, by introducing this clause, the Government ensure that they could act should those most unexpected of circumstances arise.

“My honourable friend the Fisheries Minister, Victoria Prentis, is discussing setting up a committee with the Crown dependencies, perhaps within the structure of the UK-Crown dependencies fisheries management agreements, to discuss implementation of international obligations.

“Such a committee could deal with issues that might lead to the activation of the permissive extent clause. It is not intended that this clause, and the regulation-making power it relates to, would be used to legislate for the Crown dependencies without their consent, unless it were to become necessary to implement an international obligation that applies to them.

“As I have said, this would only ever be as a last resort, after full consultation and the exhaustion of all other options.

“The committee could deal with issues that may lead to the activation of the permissive extent clause. It is not intended that this clause and the regulation-making power that it relates to would be used to legislate for the Crown dependencies without their consent, unless it were to become necessary to implement an international obligation that applied to them. I emphasise again that that would only ever be as a last resort, after full consultation and the exhaustion of all other options.

“I believe that everyone I have spoken to who would have responsibility would work collaboratively and exhaust every option available. It would be triggered only if all those options were exhausted in order to adhere to international obligations. This is my point.

“It came as an unpleasant surprise when the new clause appeared at such a late stage in the Bill’s progress.

“However, the clause says: “We’re not sure we can trust you, and if we think it’s necessary we will, without your consent, legislate from Westminster to override your legislative jurisdiction.” The Government may say - indeed, they have said, and they are saying it again today - that this is extremely unlikely, but the possibility has already been noticed by the French media, and that could undermine the Bailiwick of Guernsey, or Jersey, in their discussions with their close neighbours.​“

“There was no hint in what we heard from the Minister that Orders in Council issued under the clause would be anything other than automatically binding in the Channel Islands. The point I want to get across is that under the laws of Jersey and Guernsey, it is at least doubtful that such a clause would even allow the United Kingdom Government to legislate in future for the bailiwicks without their consent. 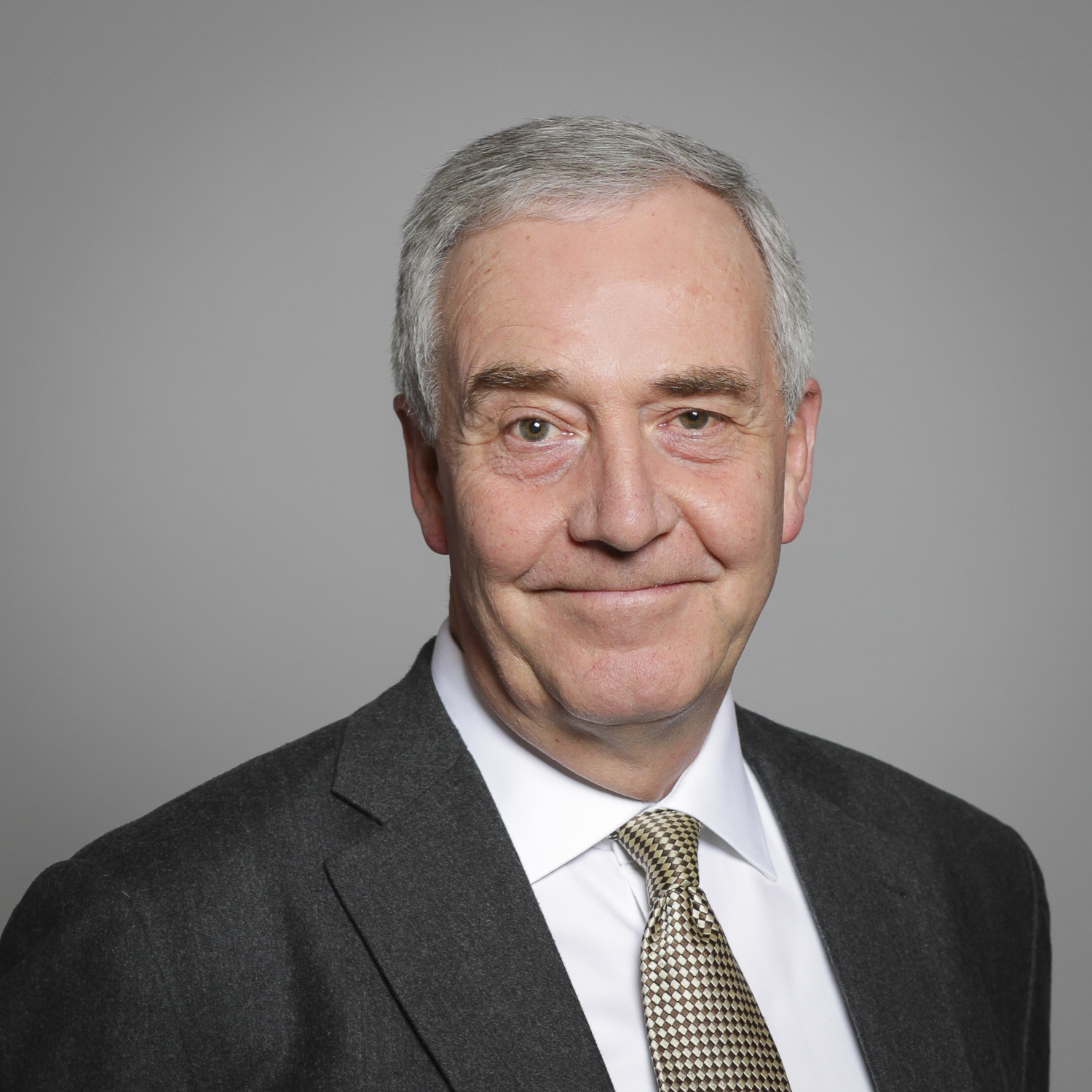 “The States of Jersey Law 2005, like the Code of 1771 that preceded it, assumes that the UK Parliament may legislate for Jersey but places an important fetter on that power. Discussed by the Royal Court in the terrorist asset-freezing case of 2011, Section 31 of that law appears to signify that any Order in Council to extend the provisions of the Fisheries Bill to Jersey would need to be approved by Jersey’s legislature, the States Assembly, before it could be registered.

“It is genuinely puzzling that there seems to be no compelling reason to have participated in such a potentially damaging conflict. For many years, as the Minister acknowledged, Guernsey and Jersey have found ways in which to scrupulously give effect to their international obligations while preserving their constitutional autonomy. By threatening that autonomy for no specific reason ​this clause sows discord where there was, constitutionally if not always politically, harmony. I regret that we are asked to accept it and that the request has come so late in the parliamentary process.”

“The Minister said that the Government would have preferred to introduce the new clause earlier with the consent of the Crown dependencies, and indeed there were discussions between Defra officials and the bailiwicks of Guernsey and Jersey in July, after the Bill had left your Lordships’ House, about the inclusion of a PEC. The island Governments, however, made it clear, verbally and in writing, that they did not want a PEC included; in other words, they denied their consent to it, pointing out that the bailiwicks are responsible for ensuring that they fulfil all the international obligations to which they have agreed to be bound, including by making legislation themselves in their respective jurisdictions. 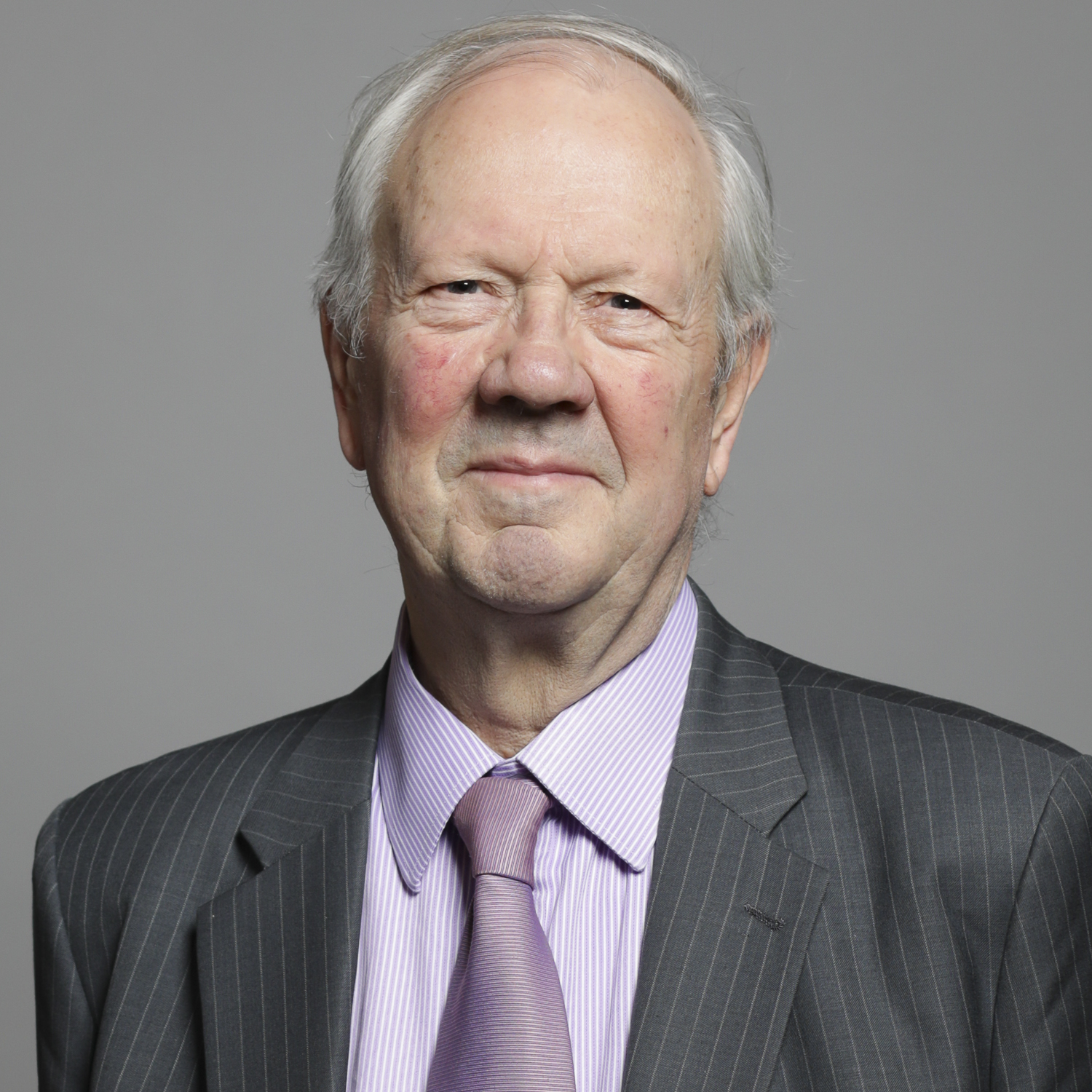 “The islands meet these international obligations by implementing appropriate policies and making and enforcing relevant legislation. The Channel Islands can legislate very quickly, if needed, to comply with international obligations and to resolve any international situations, as they have in the past. Any issues that arose could be dealt with effectively by the islands themselves, and the PEC is therefore unnecessary, and, from a constitutional point of view, wholly undesirable.

“When the provision was debated in the House of Commons, Sir Robert Neill, chairman of the Justice Committee, accurately described it as a “break glass in emergency’ clause”, and simply not good enough to justify what he described as “trespassing on the constitutional integrity of the Crown dependencies”.

“I agree, except that I would say “trampling all over”, rather than “trespassing on”. We should not break constitutional conventions because there is a remote possibility of a need to exercise powers in the future. ​Far less should we be doing so by way of a provision introduced so late in the passage of a Bill that it has not received the detailed consideration which it deserves.”

“The Bailiwick of Jersey does not consider that the UK Government have yet put forward a credible argument as to why the PEC is necessary in Jersey’s case, and I very much agree. Jersey already possesses the ability, under the Sea Fisheries (Jersey) Law 1994, to give effect to any legal obligations related to fisheries management within its waters. 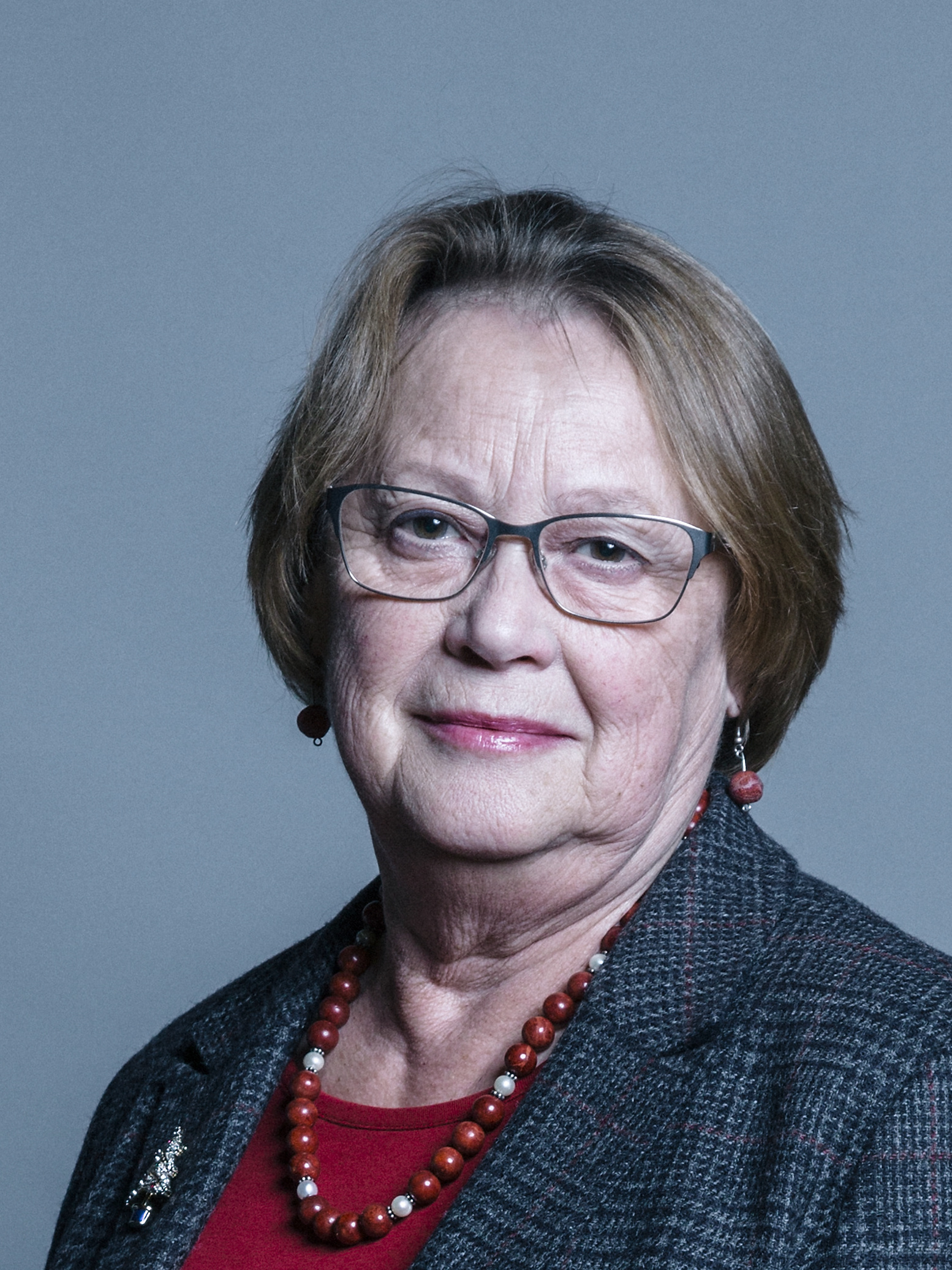 "The UK Government have not been able to provide any previous precedent or reasonable scenarios in which Jersey’s current regime could be considered insufficient.”

Posted by Austin Marsh on Nov 15th, 2020
Yes about time this happened this should of been passed along time ago
Posted by Dave Lelievre on Nov 15th, 2020
With the mess our government would make of it probably a good idea the UK does it.
Posted by Keith Marsh on Nov 15th, 2020
The UK has moved a step closer to being able to legislate for Jersey without the island's consent ~ Boris we don't like this idea ~ I feel certain it could bring out the WE WANT INDEPENDENCE GROUP again.
To place a comment please login Login »