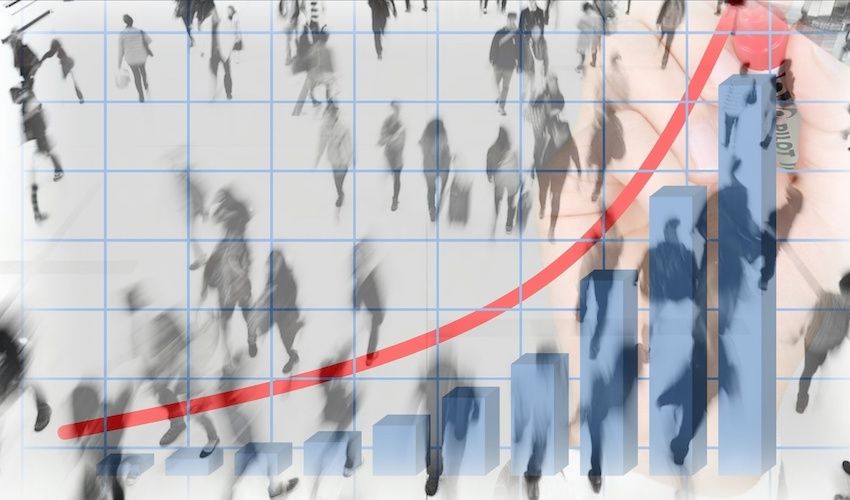 New figures have shown the number of islanders looking for work has more than doubled since this time last year, but the Chief Minister has said there is enough money to pull the island through the health crisis.

The update was released by local statisticians tasked with reviewing how covid-19 is hitting Jersey's economy.

It comes on the heels of Jersey’s Chief Minister, Senator John Le Fondré, assuring the public that the Government does have enough money to see islanders through the economic devastation caused by the health emergency, as well as confirming that it has already begun the process of borrowing hundreds of millions.

Statistics Jersey has released its latest weekly health check on the economy, which shows that on 3 May 2020, 2,200 people are registered as ‘Actively Seeking Work’ (ASW) – signifying an increase of 1,350 since the equivalent week last year. This represents a 158.8% increase on the ASW figures from 5 May 2019.

Not everyone who is unemployed is obliged to register as ASW with Customer and Local Services, but it is required if an individual needs income support.

Pictured: The comparable figures for 2019 against the covid-19 figures this year.

The report stipulates that, due to the pandemic, some who are unemployed may not yet be registered as ASW as their Income Support applications are yet to processed; they have recently become unemployed and have not yet registered; or they do not know what their current employment status is.

The report also shows that, in a week (since the last update on 26 April), 270 more islanders have become unemployed.

Over the two-week period that Statistics Jersey have been producing these reports, 560 islanders have registered as ASW.

Statistics Jersey reported that there are 300 active CRESS claims – the special Income Support options for those with less than five years’ residency – a figure that was 20 higher than a week earlier, providing support for 380 adults and 60 children.

Elsewhere in the report, it provides an update regarding the uptake of various business support measures.

As of 3 May, a total of 880 businesses, covering 6,680 employees claimed funding under Phase 1 of the Government Co-Funded Payroll Scheme and signifying more than £1.9million being paid out under this scheme.

It details that, as at 1 May, “around 15 loans had been approved under the Business Disruption Loan Guarantee Scheme; the total amount of loans approved was £754,000, of which £689,000 had been drawn down.”

The update followed comments from Chief Minister Senator John Le Fondré during a press conference on Thursday (7 May), providing assurances that the public purse had enough funds to see the island through the crisis.

When asked by Express about the Government’s means to cope with a potential second wave of the virus, and whether borrowing had already begun, the Chief Minister confirmed both.

Senator Le Fondré commented: “I think the short answer on all those is yes and yes. Yes, we have sufficient resources at this stage to see us through and to manage things. We have also been doing the discussions around... achieving some borrowing. You will recall the Treasury Minister was given permission by the Assembly some time ago and that is all around putting us into the right position about flexibility...

“This isn’t just a health crisis it’s also having further consequences from an economic point of view and obviously we’ve taken the immediate measures we’ve done and we’re now starting to have that conversation around how we deal with the medium to longer term future for the island. But at this stage, yes, we’ve got sufficient resources and yes, we’ve taken steps to make sure we’ve got financial resilience in there and also, we have, as we’ve said, had permission to open up the rainy-day fund if it is needed.”

He did not confirm, however, whether the island would be borrowing £500m - the maximum amount the Treasury Minister is permitted under the law.