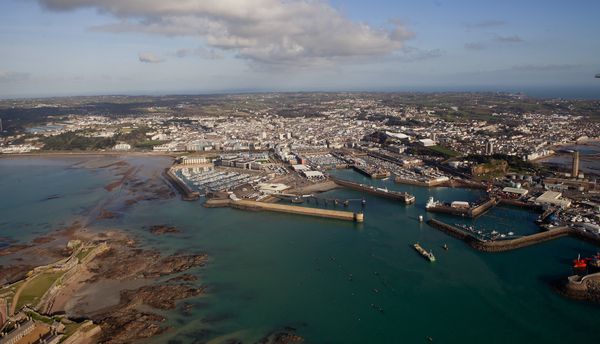 The dilapidated La Folie site could be transformed into a hospitality venue with an “upmarket” restaurant, bar and self-catered holiday lets, Express can reveal.

The latter closed in 2004 due to a fall in business and remains derelict, while adjacent buildings and sheds are being used by small businesses with States’ permission. But many are in need of maintenance and no longer considered commercially viable.

La Folie – a listed site for its historical significance – fell into the hands of Ports of Jersey (PoJ) after their 2015 incorporation. They consider themselves “custodians” of the land, and want to create a project, "...of which the Island can be proud" that will also generate revenue that can be reinvested into the airport, harbours and marina. 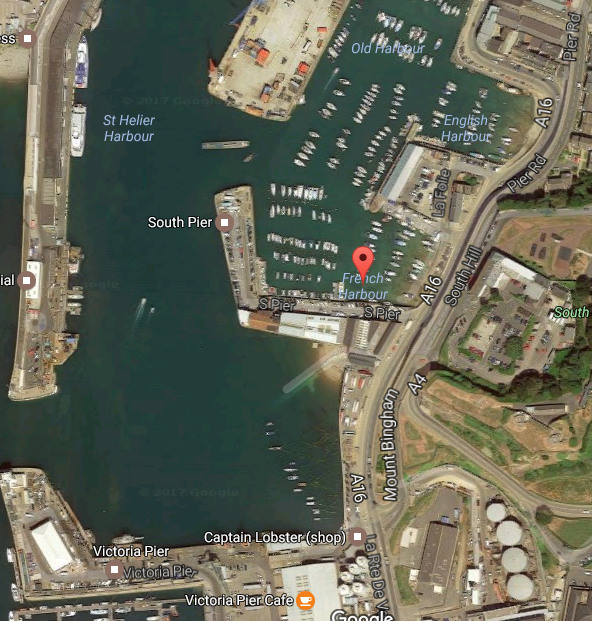 James Morris, Commercial Project Officer, explained: “What we have said is absolutely the land is not up for sale – it’s not ours to sell. We see ourselves as guardians of the land for the people of Jersey.

“But we do want to do something commercially-viable. We’re not going to spend millions of pounds doing something that doesn’t generate revenue. We’ve also said that it needs to be maritime-related. It’s a listed site so there are restrictions on what you can do, all of the walls around are listed, the pub itself is listed, which presents some challenges.”

An appeal for public views was subsequently launched in October last year in a bid to find a viable use for an area that has missed out on nearly a decade of income according to a 2015 Economic Affairs Scrutiny Panel report.

After months of public consultation and meetings with potential stakeholders, Mr Morris told Express that PoJ have now settled on a potential idea similar to Jersey Heritage’s historic rentals.

“The thinking is certainly going down the lines of a hospitality-type offering of restaurant, food and bar and perhaps some small local retail units and self-catering accommodation,” he said. 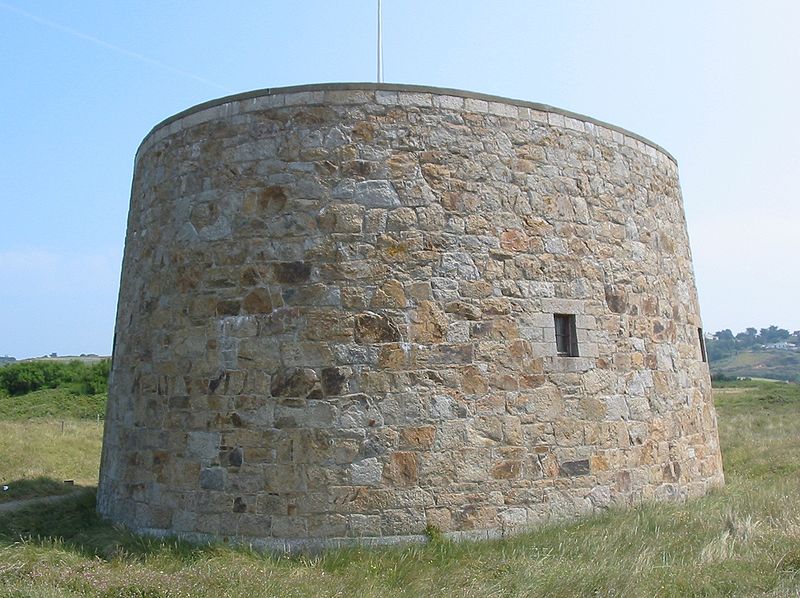 Pictured: Jersey Heritage's Kempt tower can now be rented out.

Mr Morris has now met with Visit Jersey CEO Keith Beecham and Jonathan Carter, Director of Jersey Heritage, but he says that PoJ are still, “…miles away from actually putting a shovel in the ground because there’s planning permissions and costings to look at.”

“What is absolutely not the intention,” he confirmed, “is to sell [La Folie] off and build flats… Our duty is to do something that would not only enhance the property, but actually bring in revenue streams to benefit the harbours and the airports and all the things with which we’re entrusted.”

It’s the second Harbour improvement proposal this week, after the Department for Infrastructure announced their intentions to build an elevated boardwalk to link existing walking and cycle tracks. 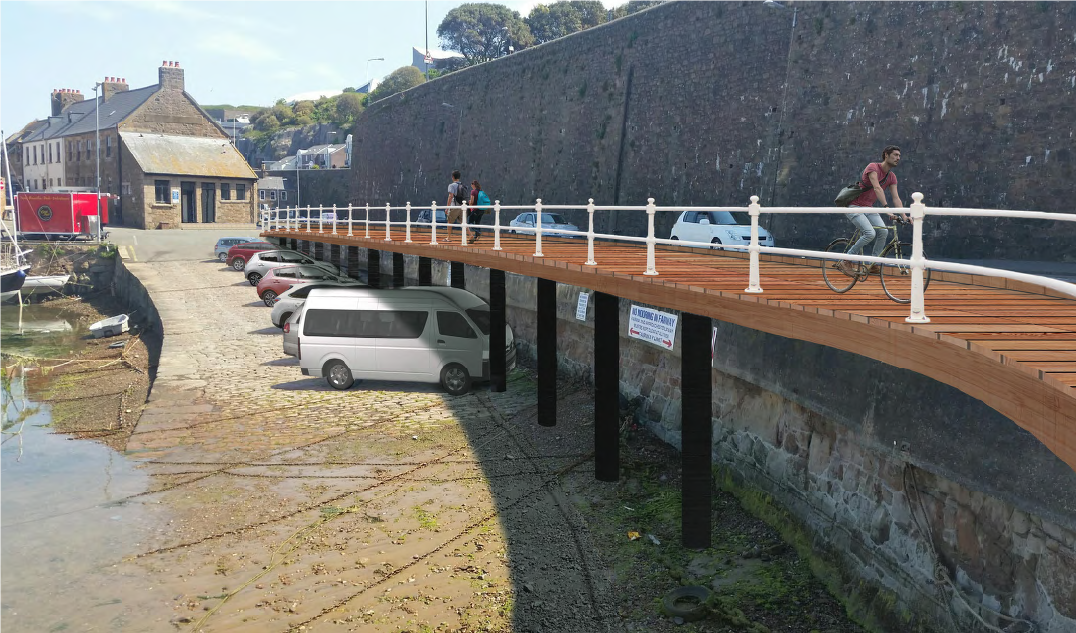 These latest developments should be positive news for islanders who have been calling for the restoration of the area for years.

Jersey-born Karen ‘Kaz’ Braid, who once lived in La Folie pub during her childhood and has since relocated to Australia, joined these calls last week after visiting the Island for the first time in 14 years and discovering the state of her former home.

“This building has stood since the 1700s and has been witness to much of the history of the quay, so as I stood in front of this once vibrant building, I couldn’t help but feel helpless at its current state,” she told Express.

“I just recall a once soulful building full of fisherfolk and dockers catching up on the day before heading home. I recall watching the boats coming in and out of the harbour and the sweet smell of the ocean and the wild winds of winter that used to whip through the windows and the constant chatter of seabirds in the mornings.” 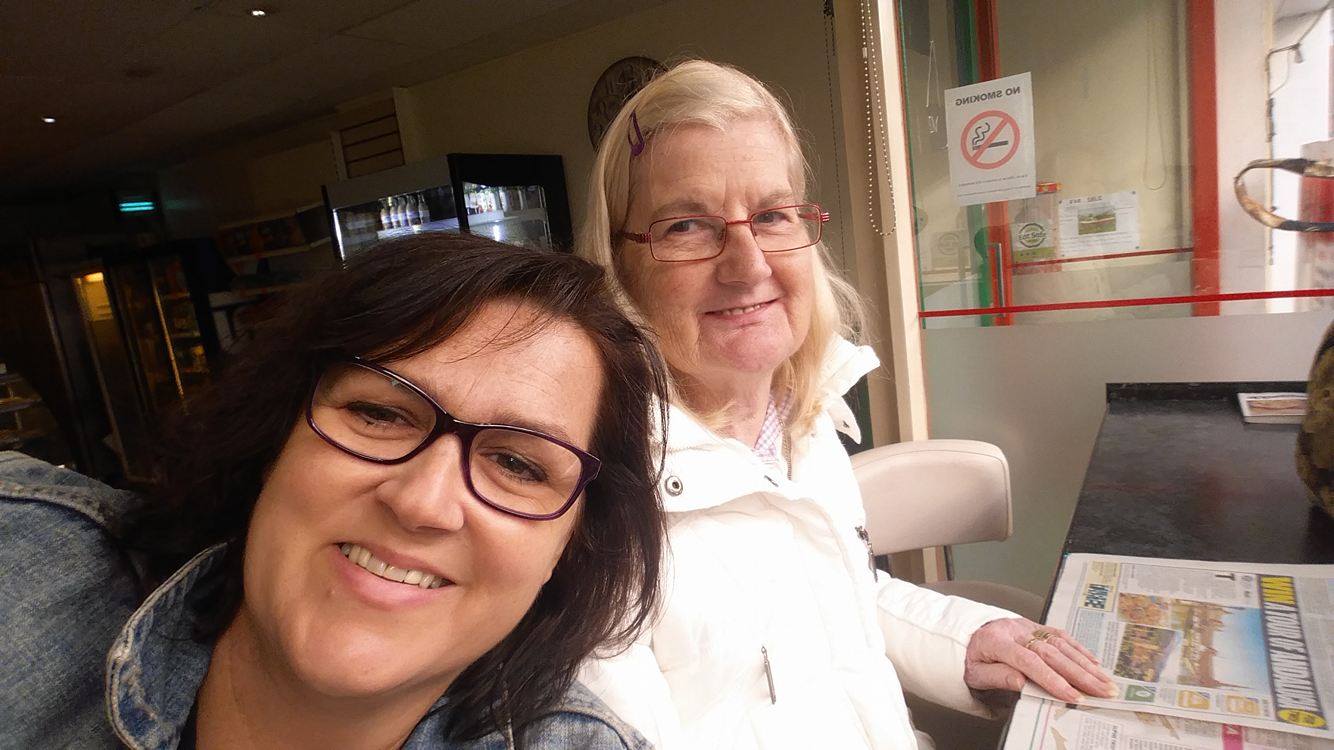 Pictured: Jersey-born Kaz Braid and her mother, who both once lived in La Folie Inn.

Ms Braid now wants to see the area restored to its former glory, bustling with pop-up fashion or interior design businesses, photography exhibitions and a food outlet with a menu, “…that celebrates the multi-cultural place that Jersey has become, while sensitively ensuring Jersey’s history and food culture is not lost.”

She also expressed disappointment at the loss of other once iconic areas including West Park Pavillion (“once a highlight for weekend revellers replaced by an ugly block of luxury flats that only the wealthy can afford”), the Odeon Cinema and Fort Regent, among others.

According to Ms Braid, the fault lies with the States’ lack of “vision and innovation” which has seen, “all the money spent on the financial district” and “overdeveloped” Waterfront. 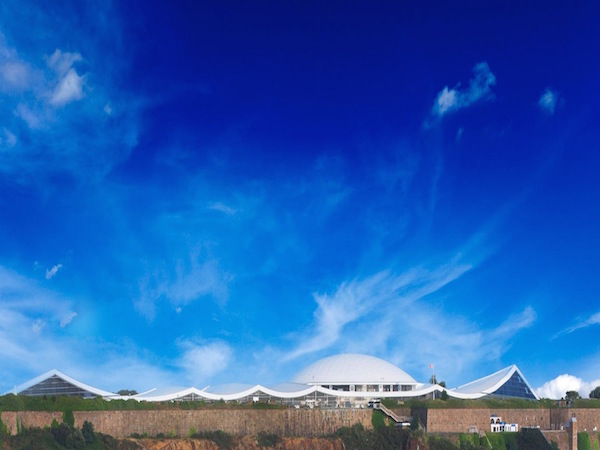 She’s now appealing for a ‘By the Jersey People for the Jersey People’ committee to be formed to oversee public buidings’ development is in keeping with the wishes of the wider Island population and will be submitting her views – backed by nearly 90 people on social media – to the DfI and PoJ.

“The people have the power to change the fortunes of the Island, but they have to lose their apathetic ‘nothing will change; it’s always been this way’ attitude, and drive the change they want to see for themselves.”

Posted by June OKeeffe on Feb 24th, 2017
not too expensive so we can all afford to go
Posted by Diana Groom on Feb 28th, 2017
Are they truly r**dy stupid? Do they not realise yet that people in Jersey do not walk anywhere - they expect to be able to park on site or are not interested. Yes to heritage lets. Yes to tourist accommodation of any sort, but an "upmarket"??? restaurant? We already have enough poncy establishments selling very expensively decorated plates. A bar? - will be popular whilst the novelty value exists but it is a long walk from Mulcaster Street/Weighbridge where there are bars a-plenty. Why is it that pubs/venues in town have to keep reinventing themselves to stay popular? Because people get quickly bored. Why did La Folie fail in the the first place? Because it was too far out for today's mobility challenged partygoers. I know I am being negative but it is clear to see for those that care to look - even Liquid on the Waterfront failed because it was too far out from the mainstream drinking area. Ports of Jersey have stated that "We’re not going to spend millions of pounds doing something that doesn’t generate revenue" ..... Good. Excellent thinking! Don't spend millions, spend realistically for the likely post-renovation market and do not out-price yourselves.
To place a comment please login Login »