It's all downhill for bikers 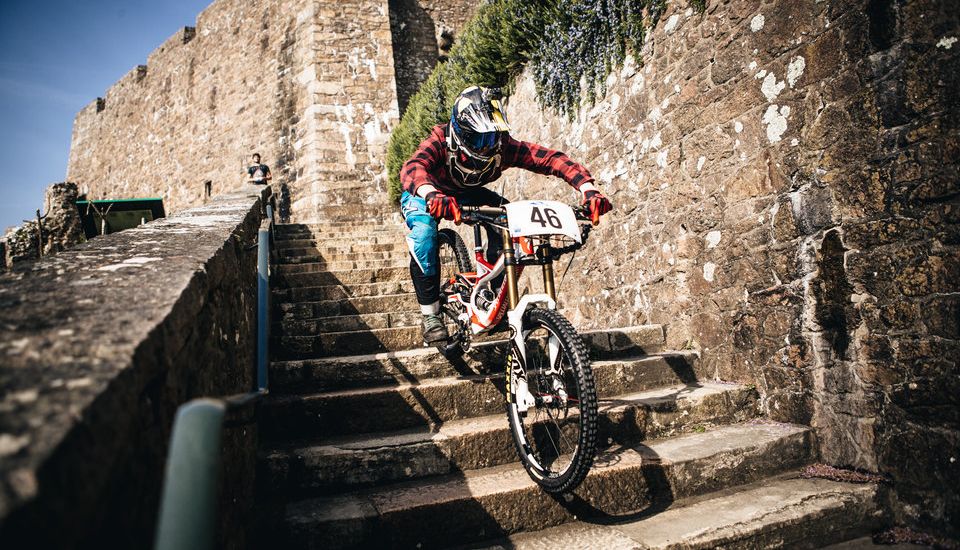 It's all downhill for bikers

Around 50 mountain bikers will be racing down town tomorrow in a bid to become the "Urban in the Park" downhill champion.

Davedevil riders from as young as 13 to some almost in their sixties have signed up to take part in the race at West Park.

The event has been organised by the Channel Islands Mountain Biking Association (CIMBA) and the Caesarean Cycling Club.

Luke Pallot from CIMBA said: “They’ll have to get from the top to the bottom as fast as possible with obstacles in the way - stairs, drops, corners and jumps. It will showcase riders’ skills and determination.”

The clubs are hoping to run more downhill races in the Island following the success of the King of the Castle urban downhill. Both pros and amateurs wowed the crowds at Mont Orgueil Castle as they wound their way down the castle steps for the finale of the Jersey Festival of Cycling weekend back in June.

The West Park course will be open for a practice run at 5 pm and the race starts at 6 pm. Riders will get two runs at it and the fastest time down the hill will count.