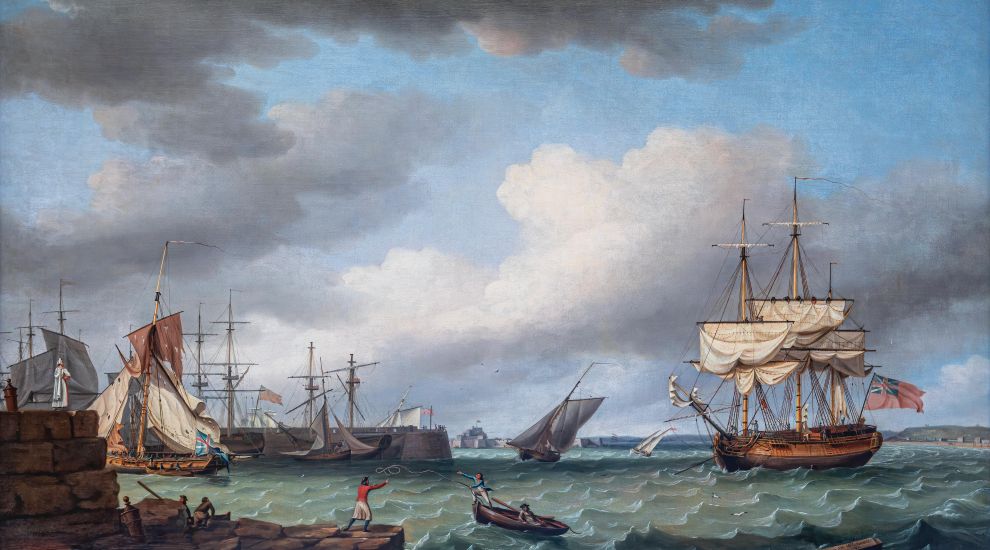 An 18th century painting of Elizabeth Castle has been donated to Jersey Museum by the collectors who bought it 14 years ago in a London auction.

‘Jersey Pier with a Distant View of Elizabeth Castle’ was painted by Thomas Whitcombe in 1785 and has been in the possession of Simon and Clare Perrée since 2007.

The painting, dated just four years after the Battle of Jersey, is an oil on canvas and captures a time in Jersey’s history when smuggling was a big issue for the authorities.

In the 18th century, the Channel Islands and French waters were rich pickings for smugglers and in an effort to stop this illegal trade, the British Navy sent revenue cutters – small ships built for speed and armed with cannons.

The painting depicts a British Merchant Ship alongside a Revenue Cutter and other ships, giving an insight into both the topography of the harbour at the time. The cutter has sails full of cannon ball holes, suggesting it had recently been in action.

Whitcombe lived and worked as an artist in London and specialised in painting naval battles. 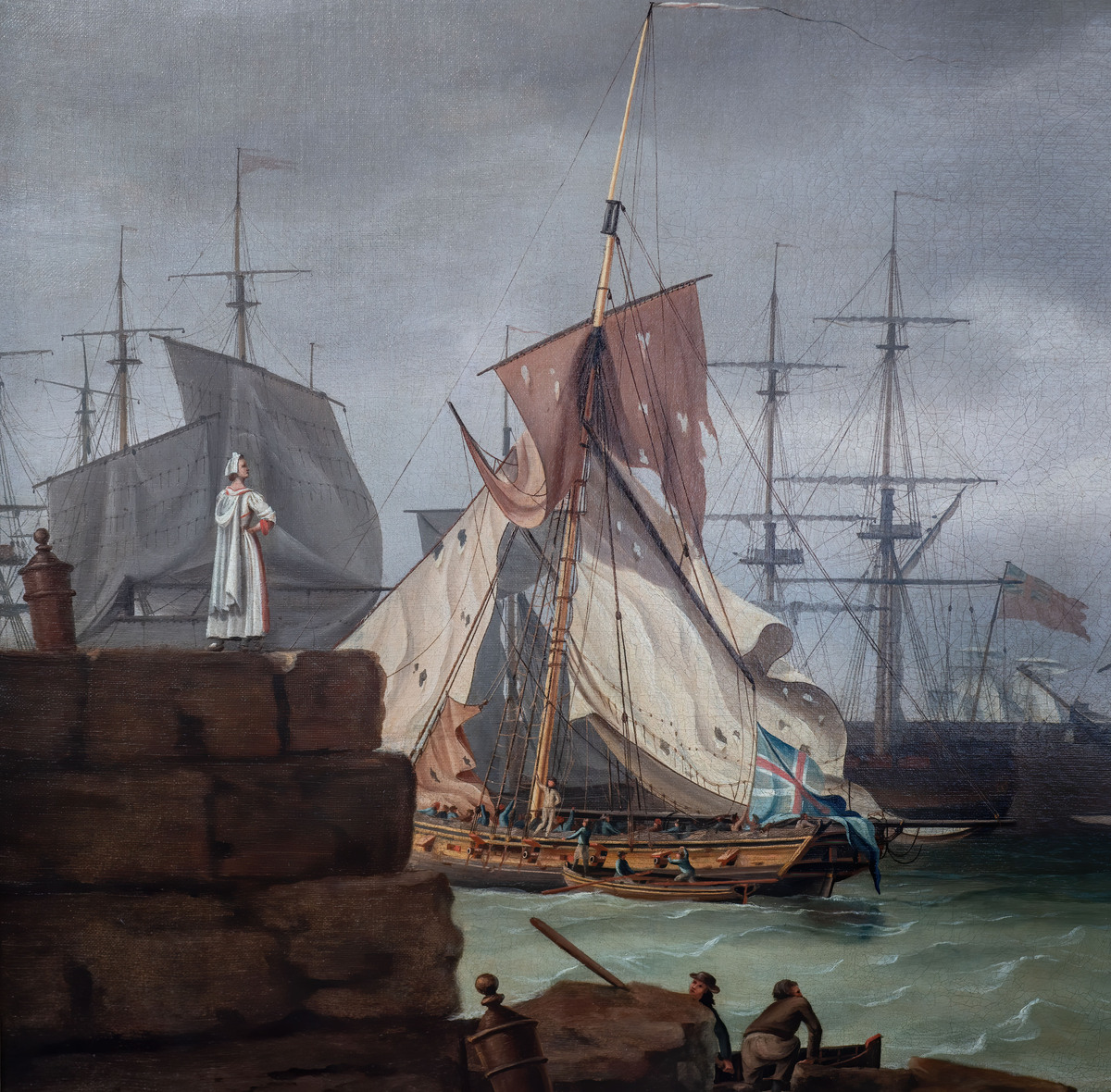 Pictured: The painting depicts a Revenue Cutter, which intercepted smuggling ships coming in from France.

Due to its historical and cultural importance to the island, the painting was placed under an export ban. Last year, it was however allowed to be viewed in Guernsey for an auction where it was expected to fetch between £80,000 to £120,000.

Having understood how special the painting is to the island, Mr and Mrs Perrée however decided to donate it to Jersey Heritage, who had tried to buy the painting “some years ago” but was unable to source the funds, to ensure that it can be enjoyed by future generations.

“We fell in love with the Whitcombe painting when we bought it at auction in London in 2007 and were delighted to bring it back to the Island where it belongs,” Mr Perrée said.

“It’s been a joy to have it on display in our home for so many years but we felt the time was right to donate it to Jersey Heritage so that everyone can enjoy this special painting.”

“We are very excited to add the Whitcombe painting to our collections and for the Perrées to become Life Patrons of Jersey Heritage. It is the only painting of an Island scene by Whitcombe that we know of so it is wonderful that it can go on display in Jersey where it has the most meaning and relevance.”

The official handover will take place tomorrow at Jersey Museum and Art Gallery, where the painting will soon be hung.