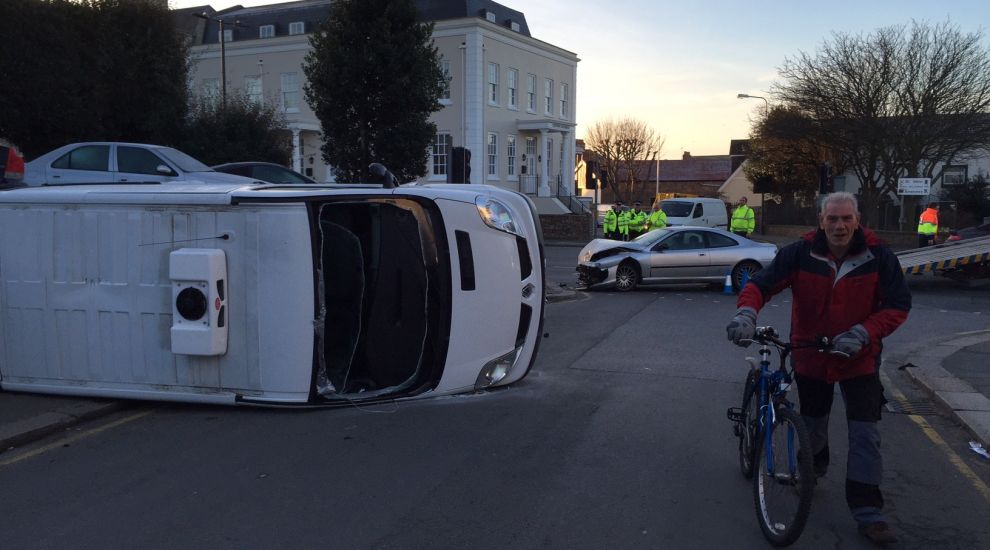 A van driver was taken to hospital with minor injuries after his vehicle was left on its side after a dramatic crash this morning.

The driver was left unconscious and trapped inside his vehicle in the accident, which happened at around 6.45 am at the junction of Route du Fort and St Clement’s Road.

A silver car was also involved.

Police stopped traffic until the road was cleared and reopened at around 8.45 am.