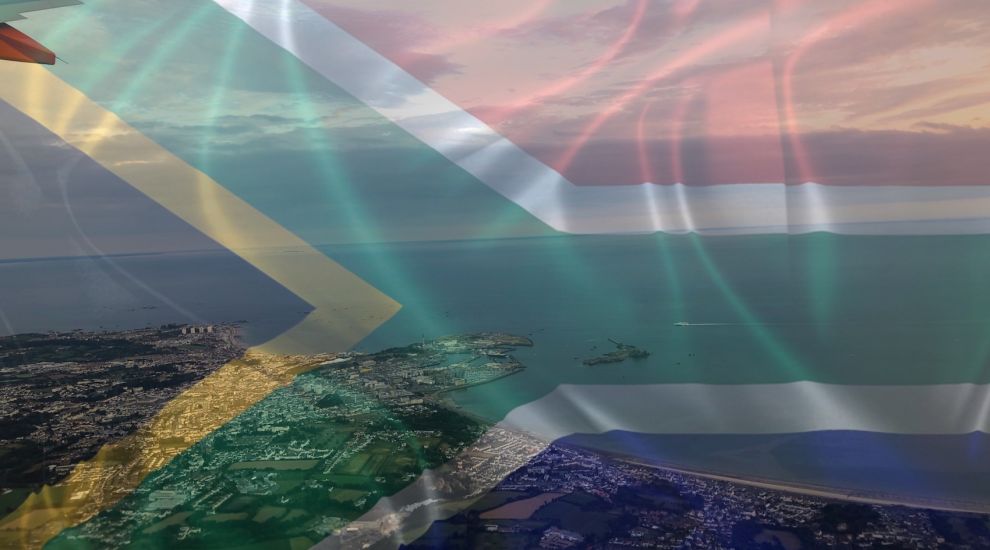 Jersey’s Chief Minister has extended his “sympathies” to South African islanders who may have to urgently change their festive travel plans after travel to the country was red-listed in response to fears about a new covid variant.

Direct flights from any of the six countries is also banned.

Passengers arriving in Jersey after being in any of the red-listed countries will be required to take three PCR tests - on the day of arrival, and on days five and ten - and will only be able to leave isolation if they get negative results for all three.

Like the UK, Jersey’s Government is also asking that anyone who has travelled to any of the six red list countries in the last 14 days books a PCR test immediately, followed by a second PCR test five days later, regardless of whether they have already tested negative.

From 04:00 on Sunday (28 November), all passengers arriving in the UK from a red-listed country – even those travelling onwards to Jersey – will have to stay in a quarantine hotel for 10 days at their own cost.

The new travel restrictions follow the discovery of B.1.1.529 in South Africa, which has been described as the most heavily mutated version of covid found so far.

Whilst no cases have been identified in the UK, precautionary measures are being taken to protect public health: https://t.co/ZXla0EMwMV

It has 50 mutations overall. 32 of those are related to the spike protein – the target of most vaccines – and 10 relating to the part of the virus that makes first contact with the body’s cells. The highly infectious Delta variant had just two of the latter mutations.

International investigations are now underway to establish if the new variant is more transmissible or could undermine the effectiveness of the vaccine.

UK Health Security Agency CEO Jenny Harries said its discovery is a "clear reminder to everyone that this pandemic is not over."

Earlier today, the new variant was also detected in Belgium. According to virologist Marc Van Ranst, it was found in a traveller returning from Egypt.

Jersey says that it is continuing to sequence positive PCR test results to find out which variants are circulating locally.

“Ministers are receiving regular updates from Public Health and the Scientific and Technical Advisory (STAC) to keep abreast of the emerging variant and to consider any changes to our Safer Travel Policy. Our sequencing of positive PCR tests remains in place, to provide surveillance on any potential variants,” Chief Minister Senator John Le Fondré said.

There are a significant number of people from South Africa living in Jersey, and it’s understood the community is more than 800-strong, though the 2021 Census is yet to be published confirming exact numbers.

Speaking about how they may be affected by the latest travel changes, the Chief Minister said: “There is a strong South African community in Jersey and I am aware of families who are planning to travel to the affected countries to visit family and friends over the Christmas period. I would like to extend my sympathies to the families who have been required to change their travel plans unexpectedly.”

Posted by Jon Jon on Nov 27th, 2021
So bring back mask wearing,testing at borders again,if it’s a serious strain which it seems to be then don’t wait till it arrives in the Island.
Posted by Steven Simon on Nov 28th, 2021
I agree with Jon Jon, it is already in the UK won’t be long before over here. Would be nice if government was pro active and not reactive. We don’t wanna all be locked down for Xmas again.
To place a comment please login Login »