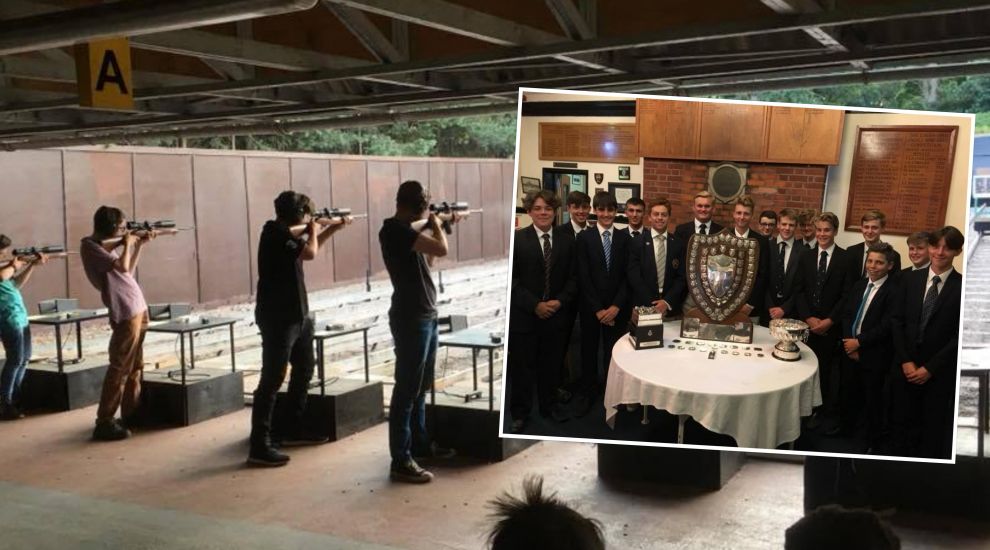 The Victoria College shooting team finished second place overall at the Schools’ Meeting at the National Shooting Centre at Bisley - their highest placing since 1962 – in the main event.

A team of eight, led by Captain of Shooting Thomas De La Cour, set a new College record in the Ashburton Inter-Schools Competition, the focal competition at Bisley, achieving a tptal score of 756 with 52 V-Bulls with the 7.62 target rifle.

The competition is the culmination of the shooting year for Combined Cadet Force cadets and more than 50 schools take part in the outdoor full-bore shooting at distances up to 600 yards.

With their success, the team - made up of Captain Thomas De La Cour, Vice Captain Jack Scambler and Charlie Courtness, Thomas Garfield-Bennett, Toby Jones, Thomas Mulholland, Dominic Neal and Samuel Pigeon - also won the much coveted Haines Shield back from Elizabeth College, Guernsey after its two-year spell away. 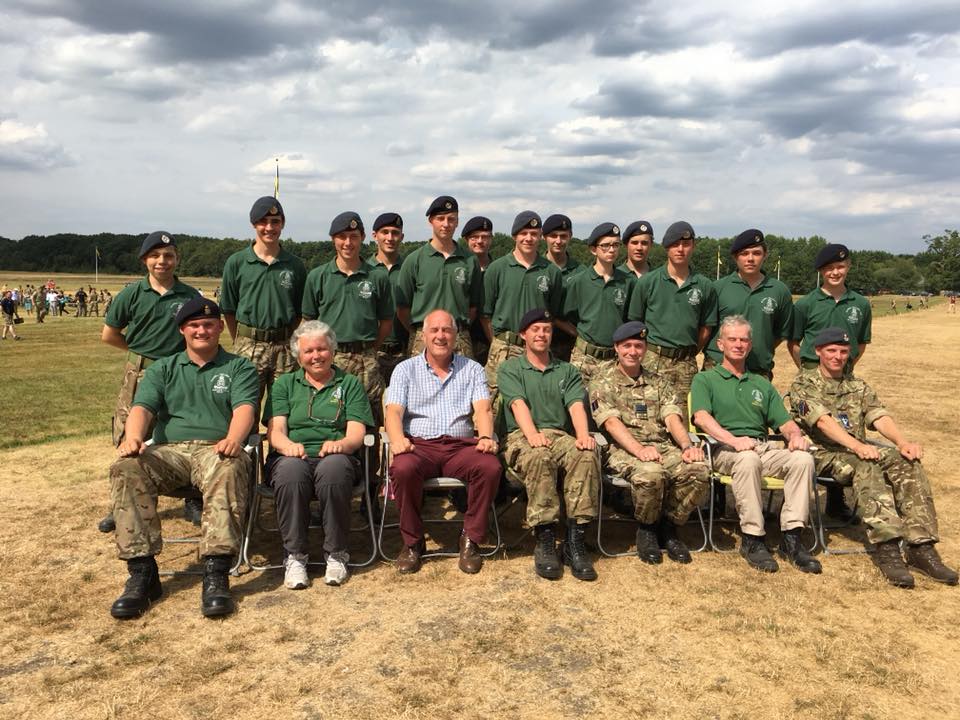 Their score combined with the Old Victorians' score in the Veterans Match against the Old Elizabethans saw the College also win the inter-Insular competition.

In the addition to its team of eight, the College also had a team of four - Toby Baillon, Joseph Beddoe, William Mulholland and George Yates; a pair - James Allan, Robert Morin; and a Reserve - Jonathan Marett - shooting in separate competitions.

The team of four came sixth; the pair won a fourth place; while Jonathan Marett saved his best for the last day placing a very respectable fourth in the Reserve competition.

Six of the team finished in the top 100 Cadets and were presented with a ‘100’ badge to mark their achievement, another record for the College in recent years. 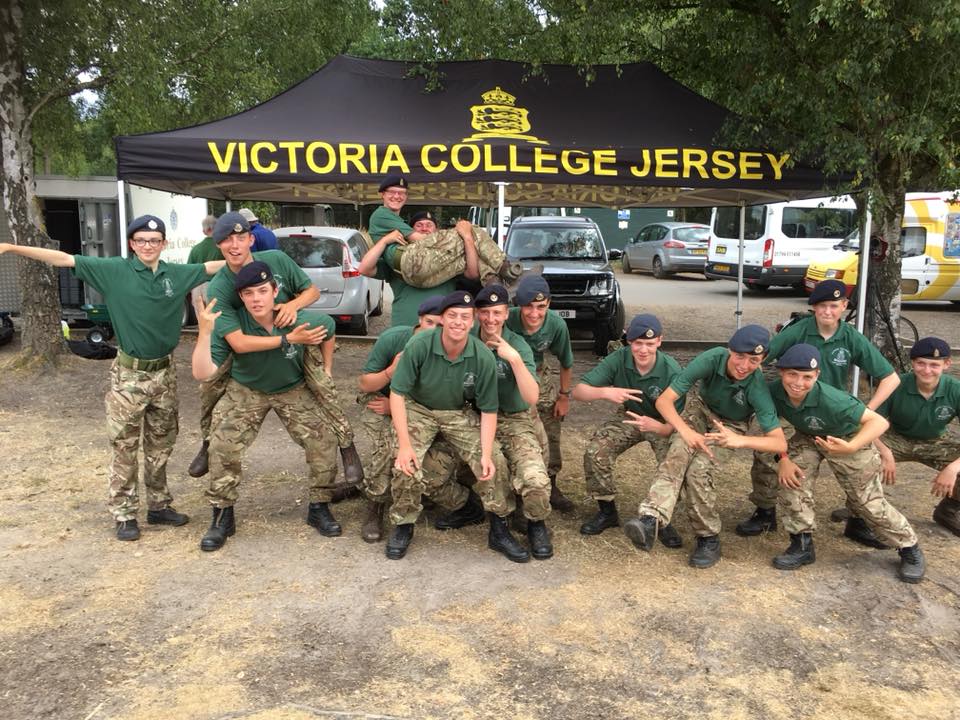 Pictured: Six of the team finished in the top 100 Cadets.

Captain De la Cour was delighted with the results. He said: “Following a successful winter on the indoor range I knew the team had the potential to do well, but these results are something else. This has undoubtedly topped off a fantastic year for the team and I am honoured to have had the privilege of being their captain.”

"The time and effort they have dedicated to get the team to this level is nothing short of amazing and something for which the College is immensely grateful. The team are also grateful to the Old Victoria’s and Jersey Rifle Association for their continued support.”

Richard Benest, Master in Charge of Shooting, commented: “I have been a coach with the College since the late 1990s and this is by far the most successful team we have taken to this competition. The boys have put in a massive amount of practice, both small-bore and full-bore, to get to this level and are rightly enjoying this success. We have a very young team with 10 of the 15 boys currently in Years 9 and 10, and the future is certainly bright.”